1666 people have viewed this lot

Along with the larger Chief, the legendary Scout is considered one of the most significant motorcycles in the history of the Indian Motorcycle Company. Designed by Charles B Franklin, who joined the company after emigrating from Ireland and ultimately rose to the position of Vice-President, the mid-sized Scout utilised a V-twin engine and proved a great success from the time of its launch in 1920. The first Scout built in Springfield, Massachusetts had a 37-cid (600cc) motor but was joined in 1927 by the larger 45, capable of reaching speeds up to 70 mph under the right conditions. The Scout utilised a semi-unit frame with a low centre of gravity and a long wheelbase for stability and a three-speed transmission bolted directly to the engine, with helical-gear drive. Thanks to its low-slung design, early Scouts gained a strong reputation for excellent handling and responsiveness and became popular with riders on the street, dirt tracks and for endurance races. The Scout evolved through the 1920s, culminating in the definitive 101 model launched mid-way through 1928, with a new frame featuring an even longer wheelbase, lower seat and greater rake to the forks. Both 37-cid and 45-cid versions of the 101 were sold, although few of the smaller model found buyers. The styling was closely modelled on the bigger Chief and the 101 proved a huge commercial success. With the outbreak of war, civilian production ceased in 1940 and Indian turned to filling orders from the military instead, with the Scout's rugged mechanicals well suited to the task. ?Power, Swiftness, Stamina, Economy!? was one advertising claim by Indian, as was the boast ?You can't wear out an Indian Scout?, a reference to rival Harley-Davidson's perceived lack of reliability. The Scout enjoyed incredible longevity, remaining in production right up until the ultimate demise of the Springfield company in 1953, with surviving examples keenly sought after by motorcycle collectors. 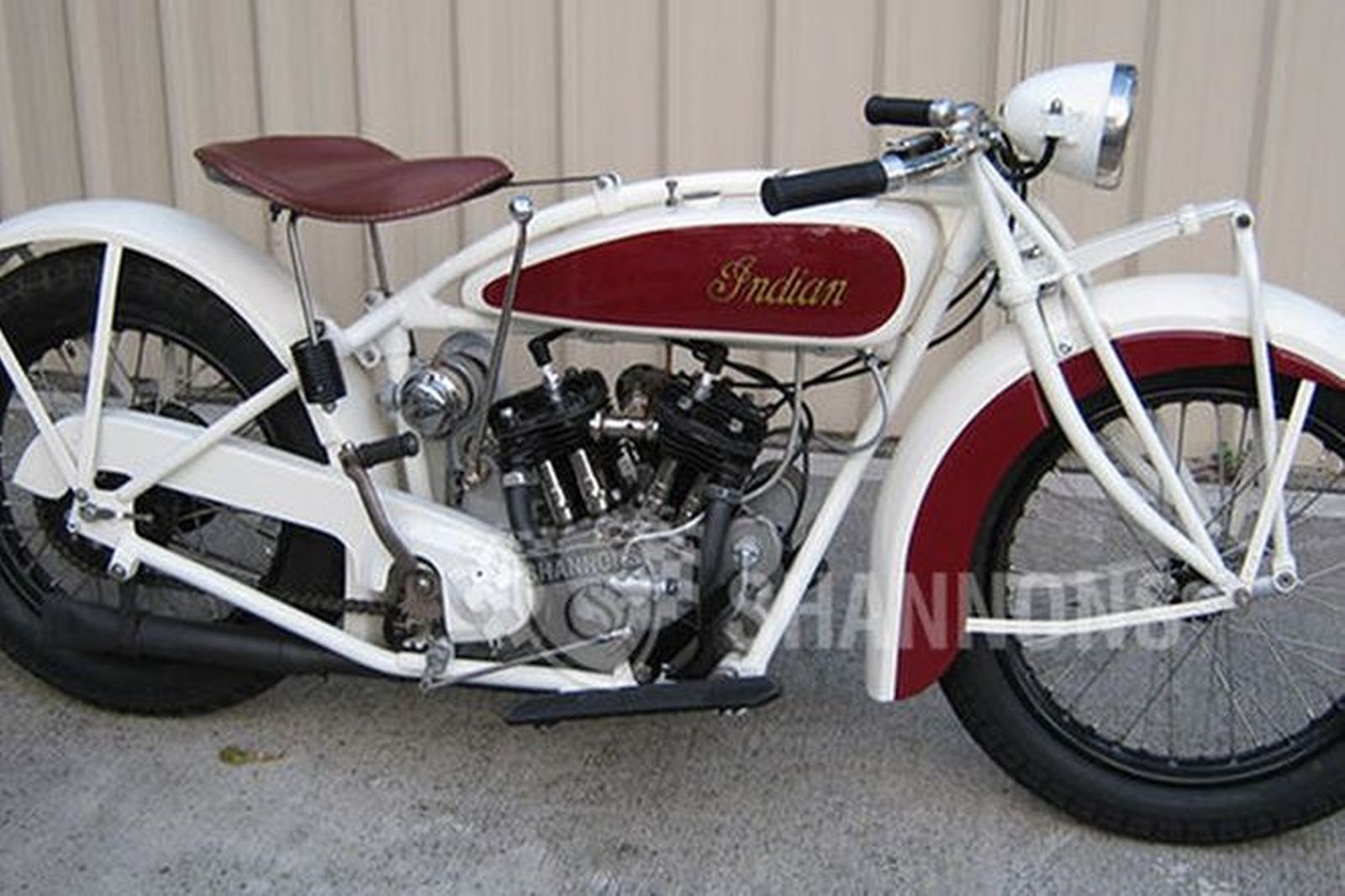 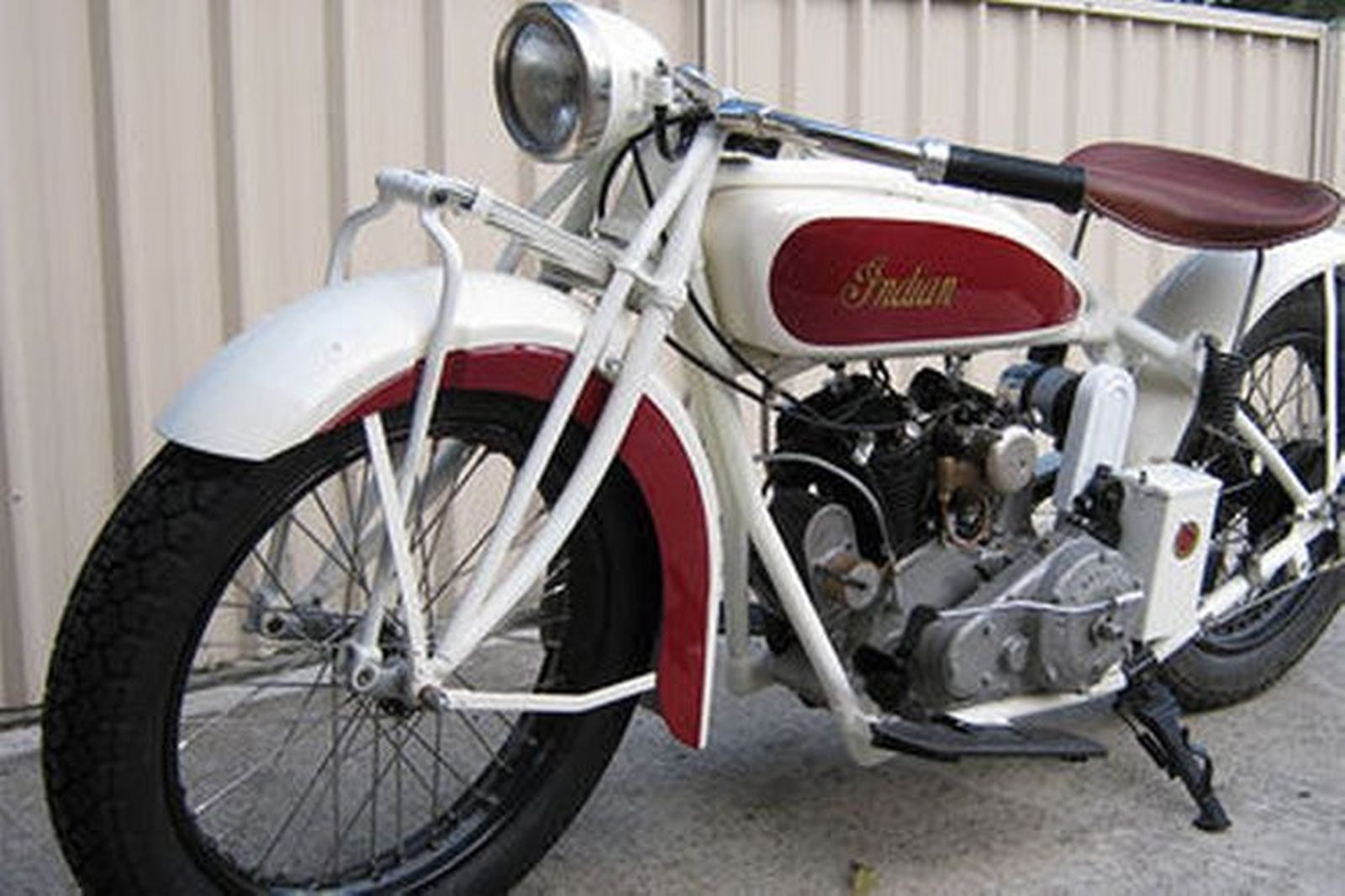 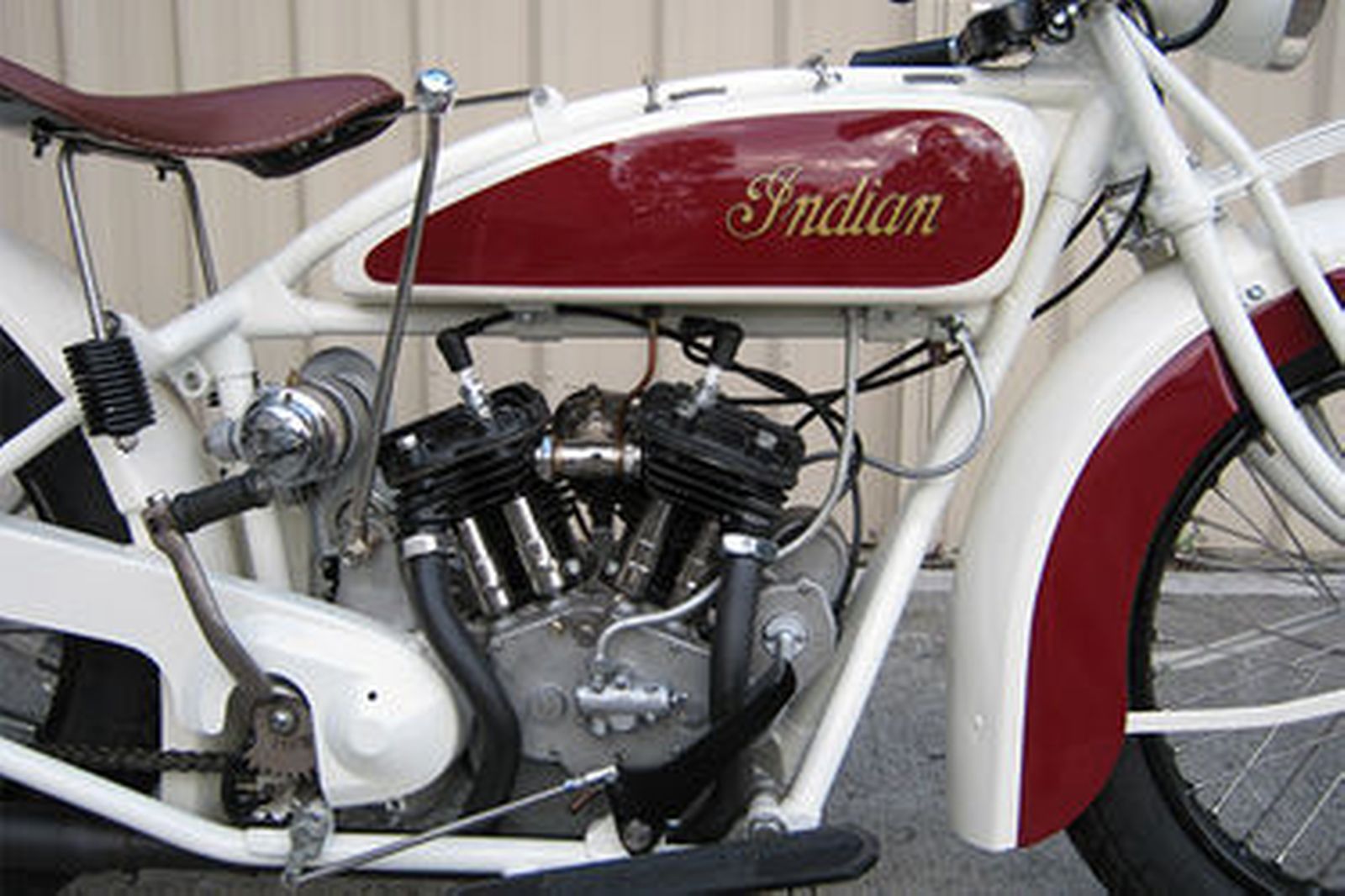 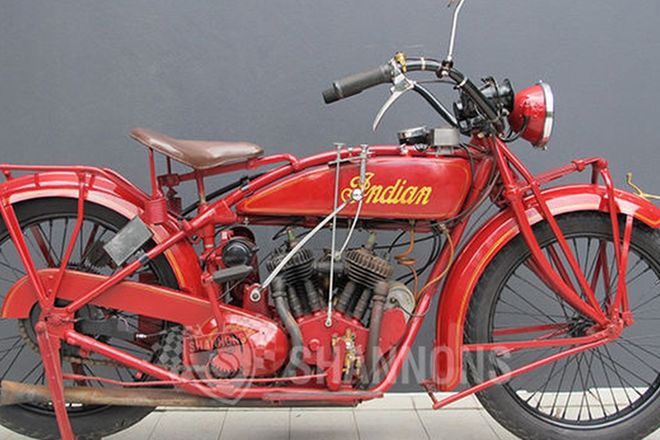