760 people have viewed this lot

Under the direction of Bunkie Knudsen, appointed General Manager in 1956, and a new engineering group headed by John Z DeLorean and Pete Estes, the Pontiac brand shook off the shackles of the early post-war period and entered a new era with the emphasis firmly on high performance. Backed by a factory racing programme, Pontiac's Super-Duty and NASCAR-inspired models ruled the performance car roost from 1959 until well into the 1960s, culminating in the classic GTO model. As part of the image overhaul the staid Chieftain was renamed the Catalina in 1959, with lower, wider styling. A downsized perimeter frame was introduced in 1961 and the Catalina's styling grew more angular and square-cut each year. The Series 252 Catalina of 1965 was restyled and curves were back, with a distinctive Coke bottle profile. The wheelbase up one inch to 121, but the new sheetmetal made the '65 Catalinas look considerable bigger. The full size Catalina was sold in a wide variety of body styles, including both two and four-door sedans and hardtops, a convertible and station wagons. Pontiac offered a "2+2" Sports Package featuring simulated side vents behind the front wheelarches, alloy wheels, bucket seats, a tacho and special ?421? badges. The standard engine found under the hood was Pontiac's classic 389-cid V8, with hydraulic valve lifters and a two-barrel Rochester carburettor. The engine was good for 256 horsepower (290 horses in the case of cars equipped with the optional Hydra-Matic transmission) but for more enthusiastic drivers the Tri-Power set-up bumped horsepower up to 338 thanks to the higher 10.75:1 compression ratio, transforming the Catalina into a proper muscle car. Of the total production of 271,058 Catalinas produced in 1965, just 18,347 were convertibles and the 10 millionth Pontiac made, a gold Catalina, came off the line on April 13. 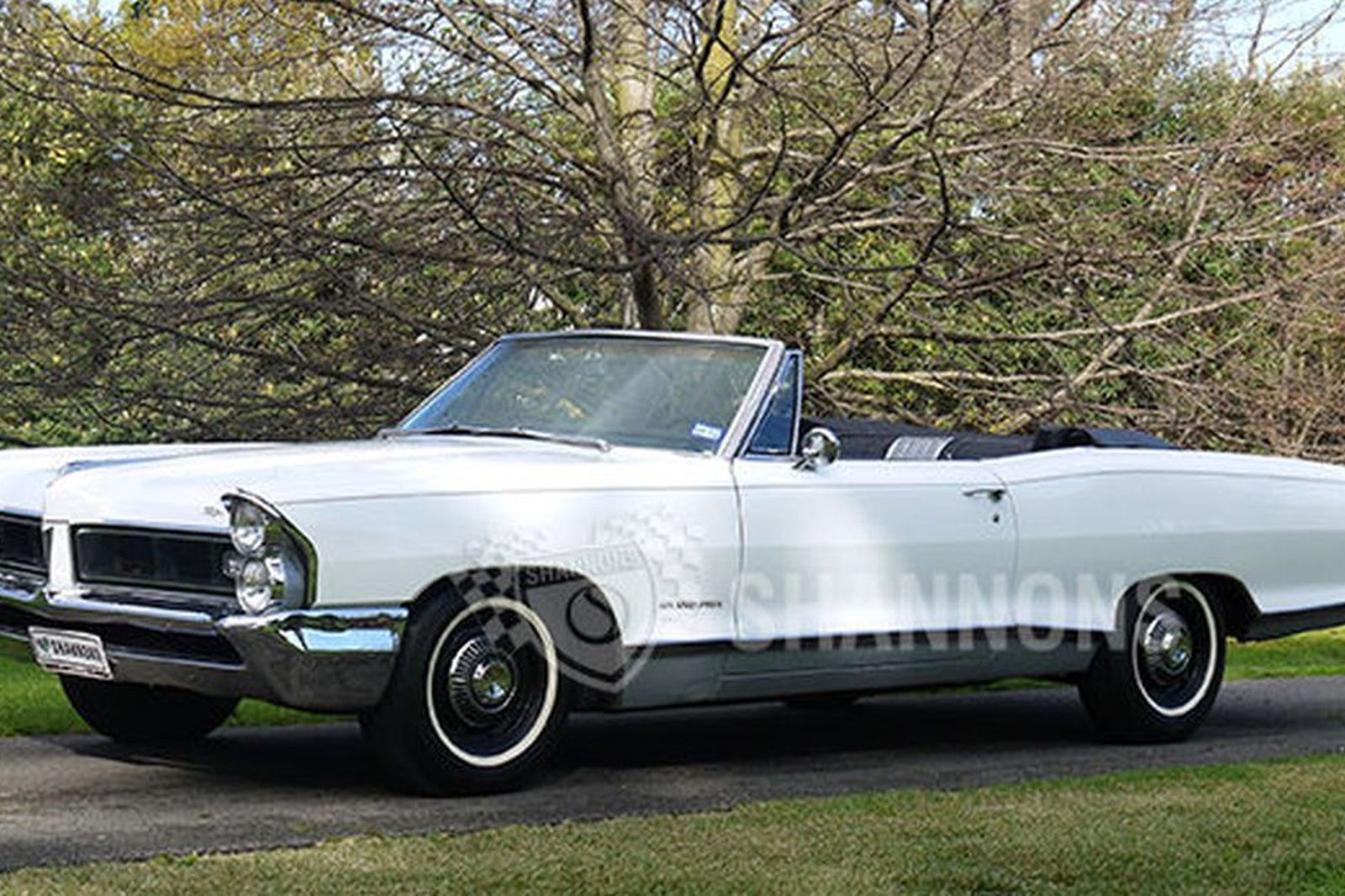 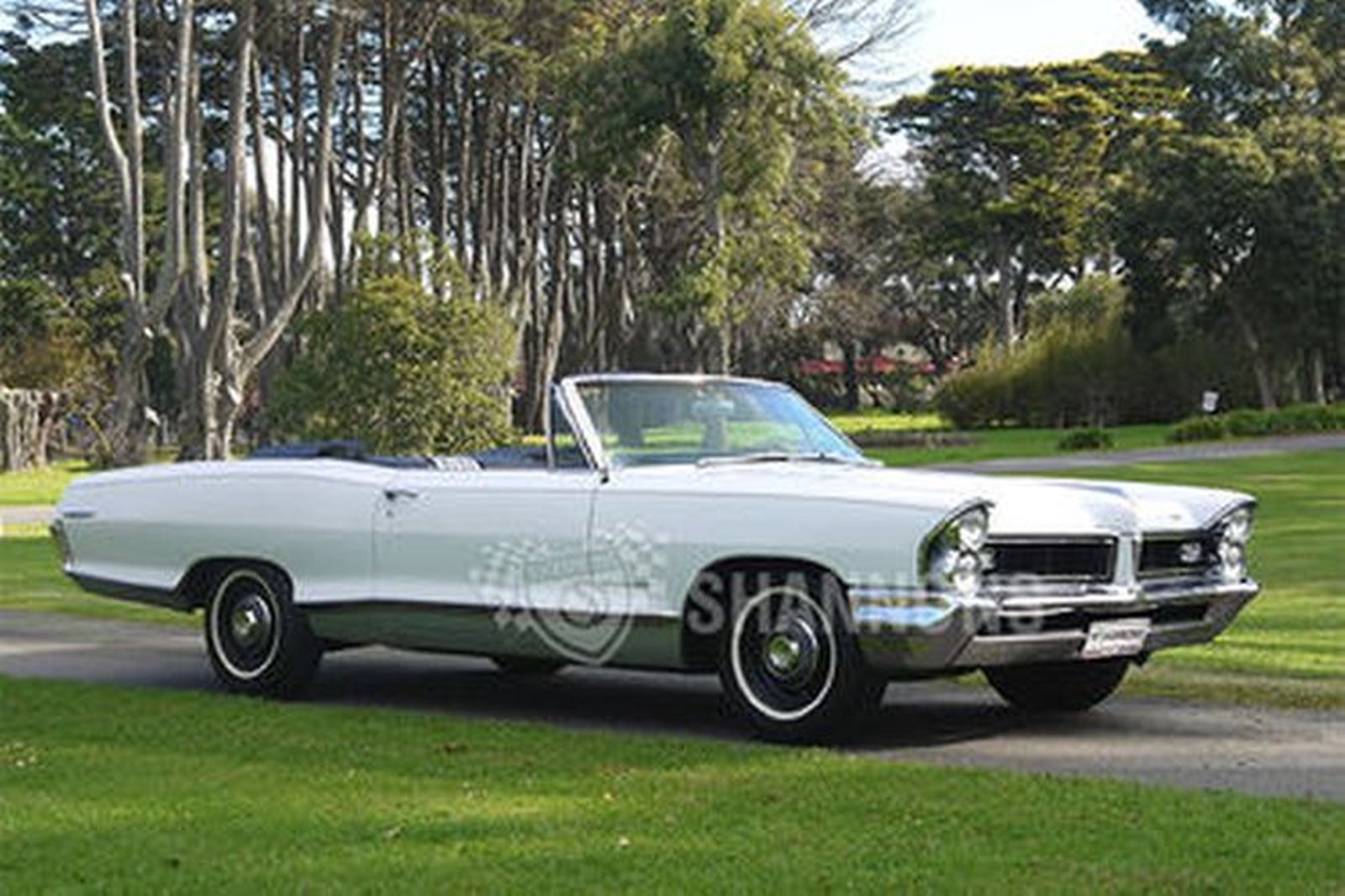 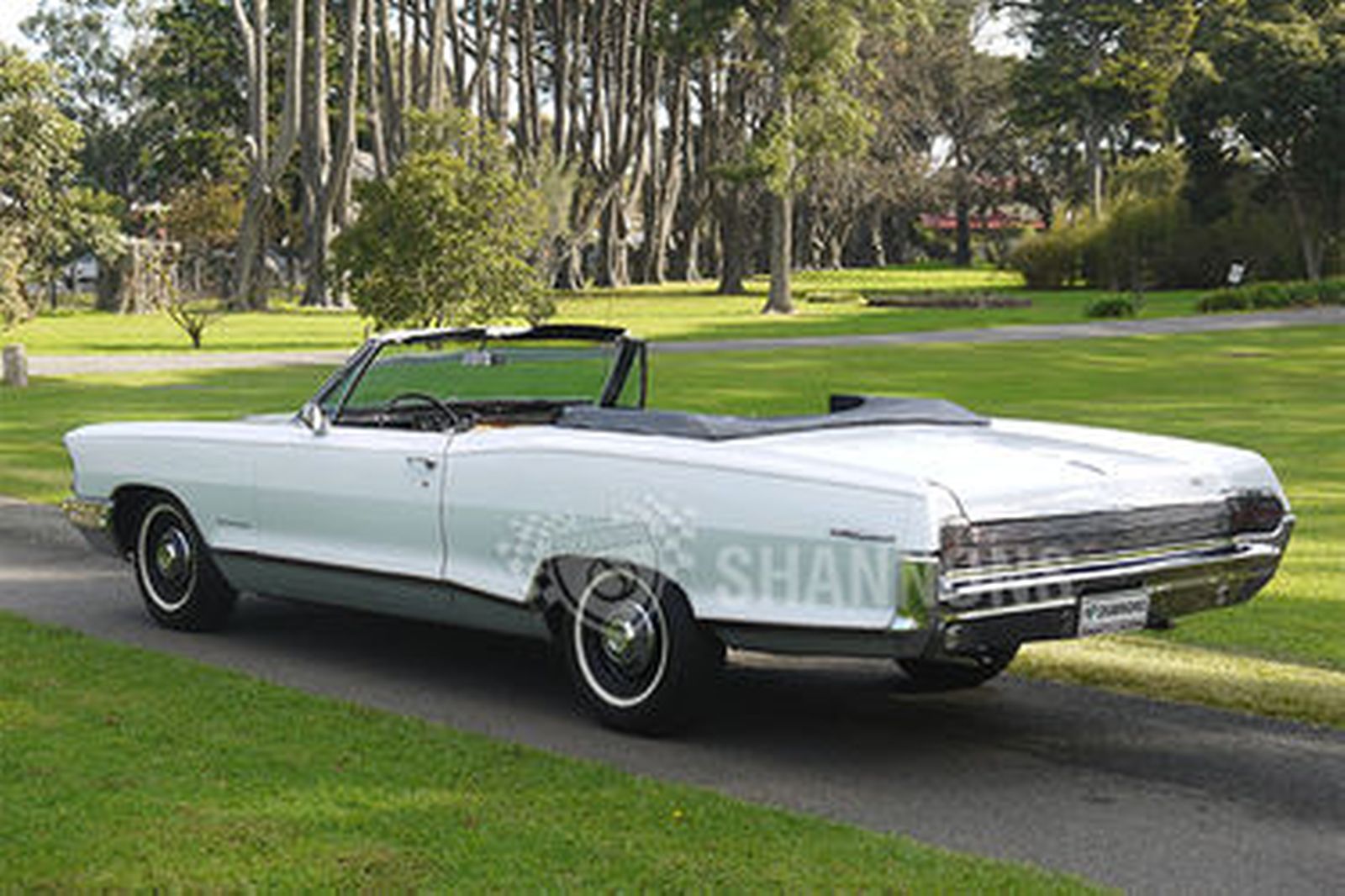 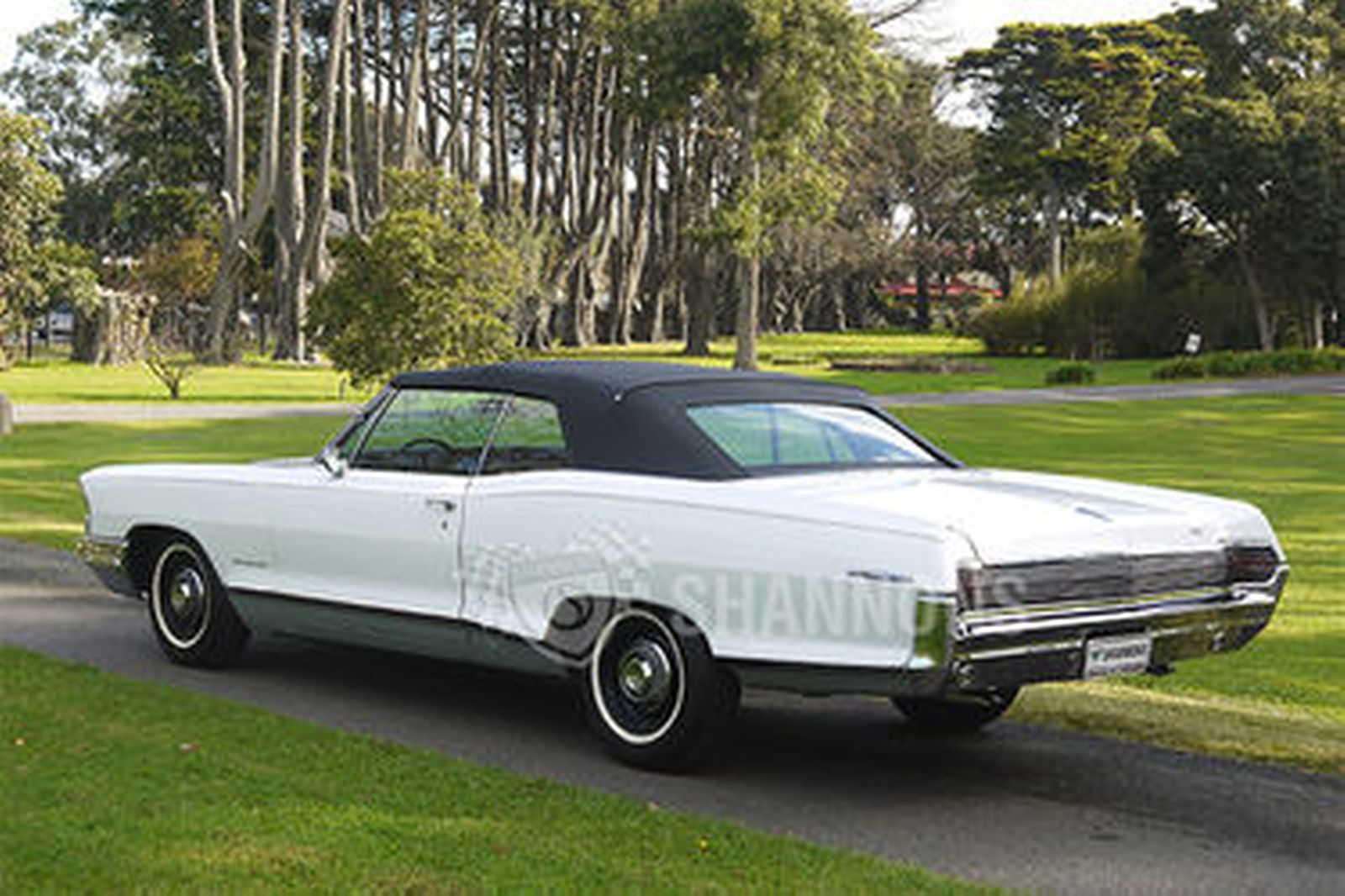 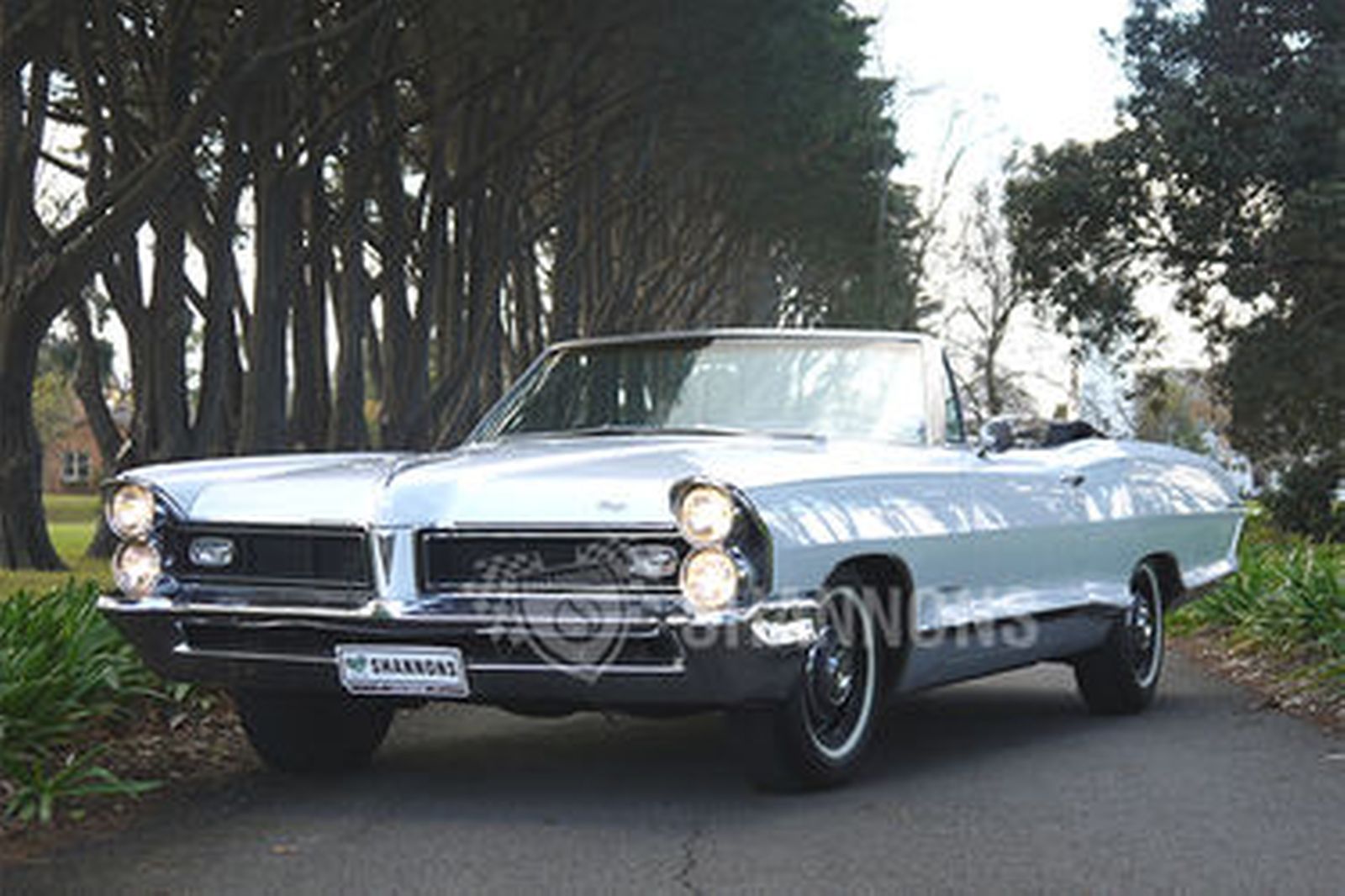 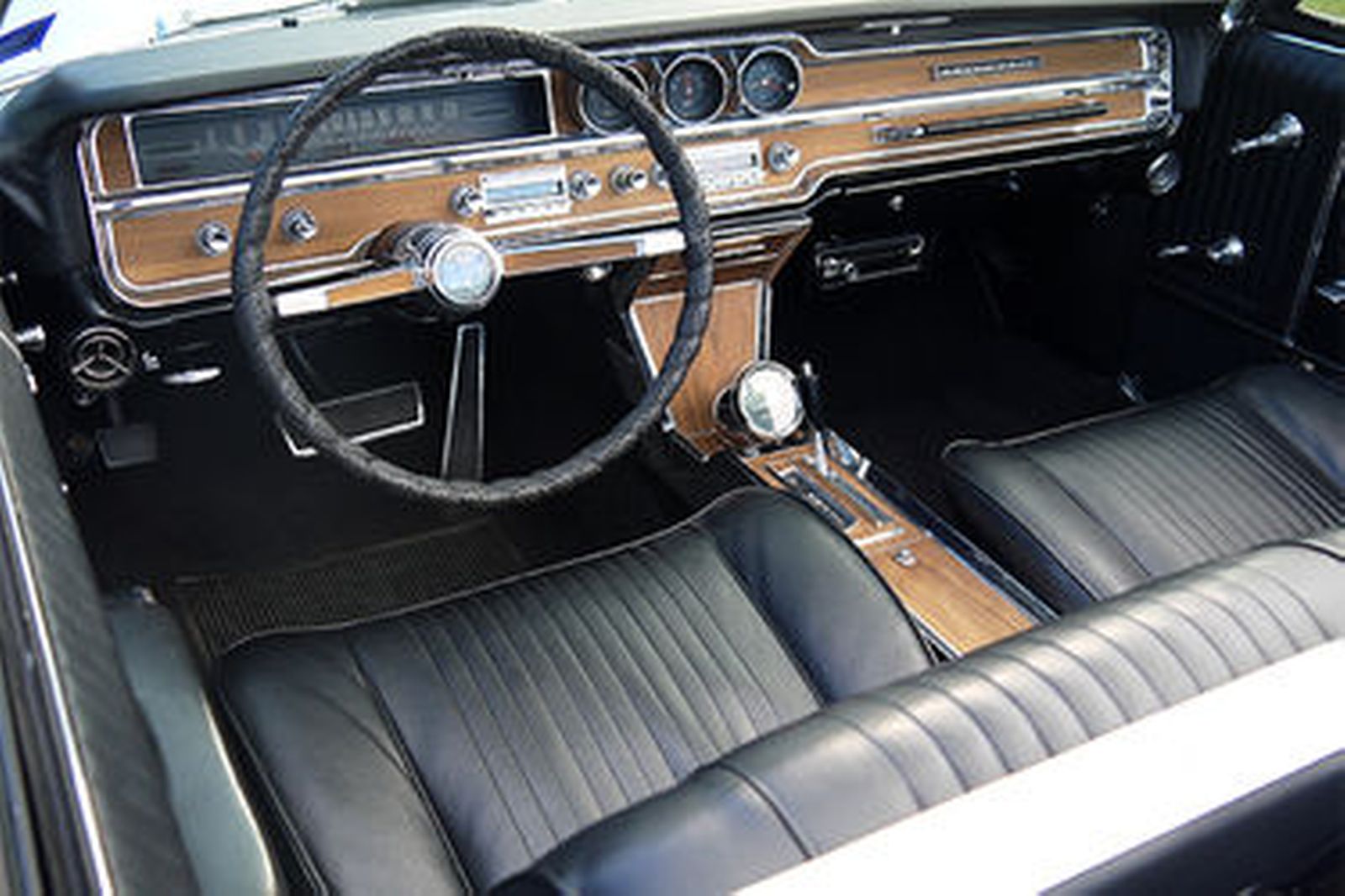 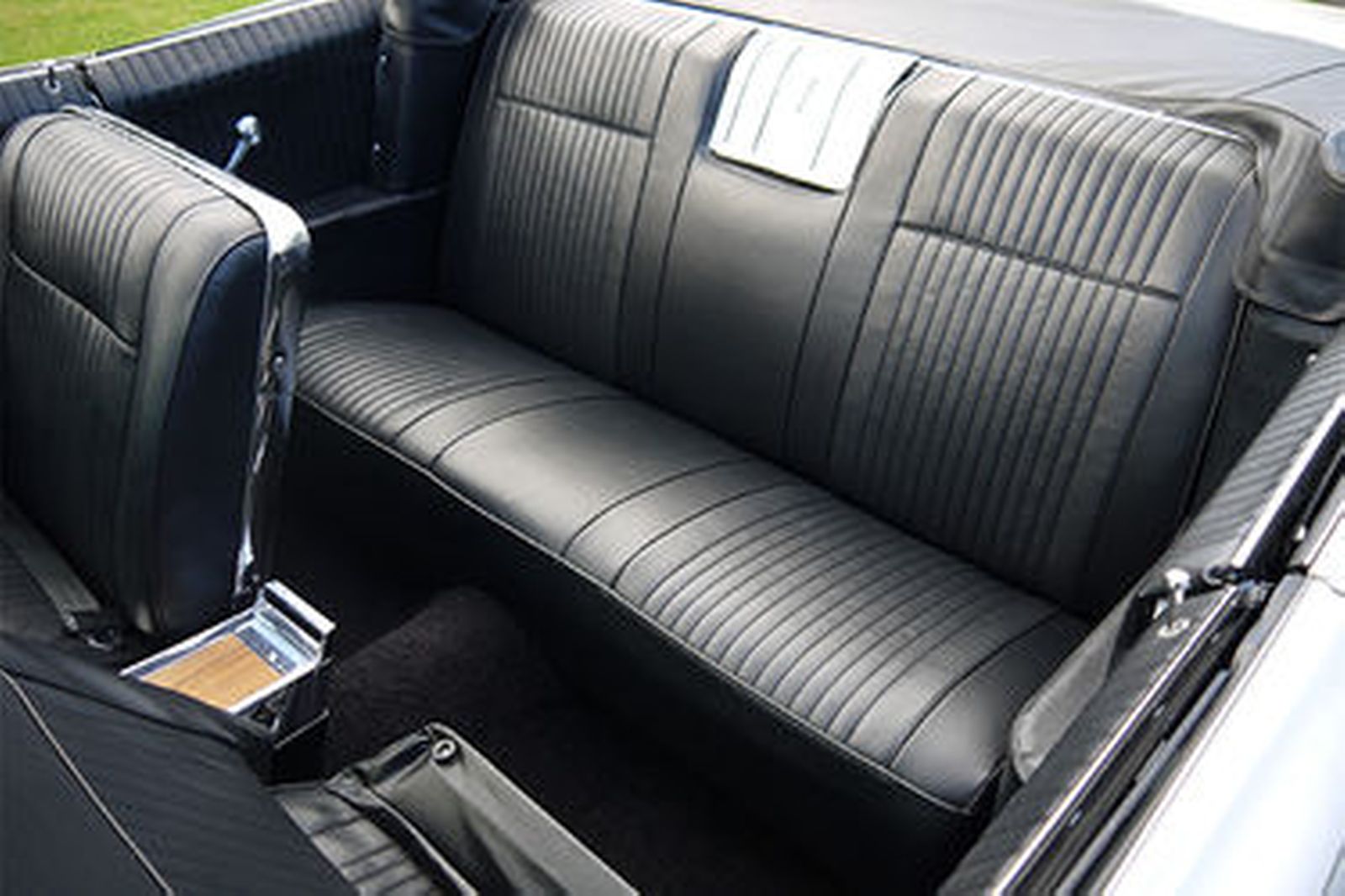 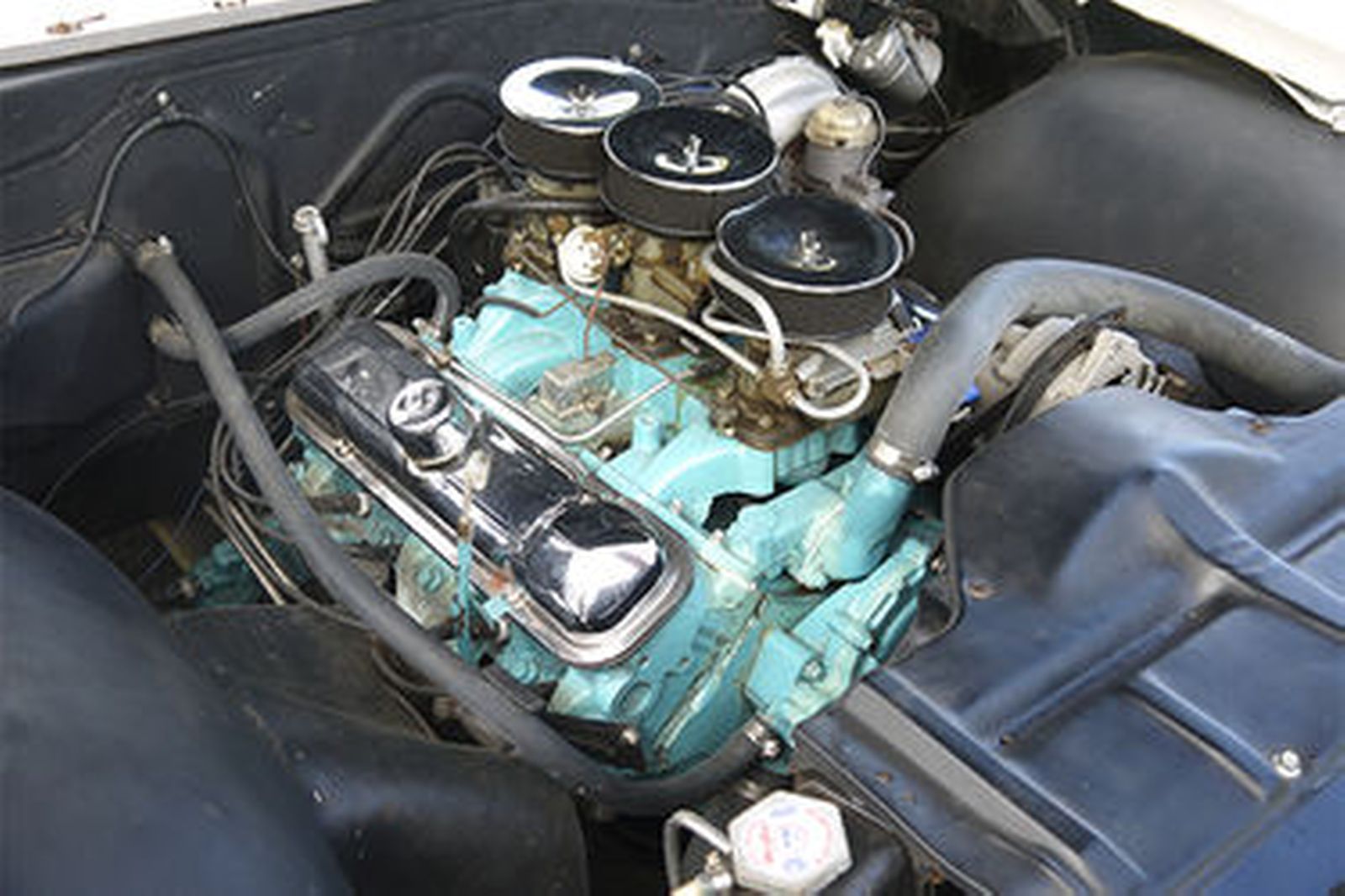 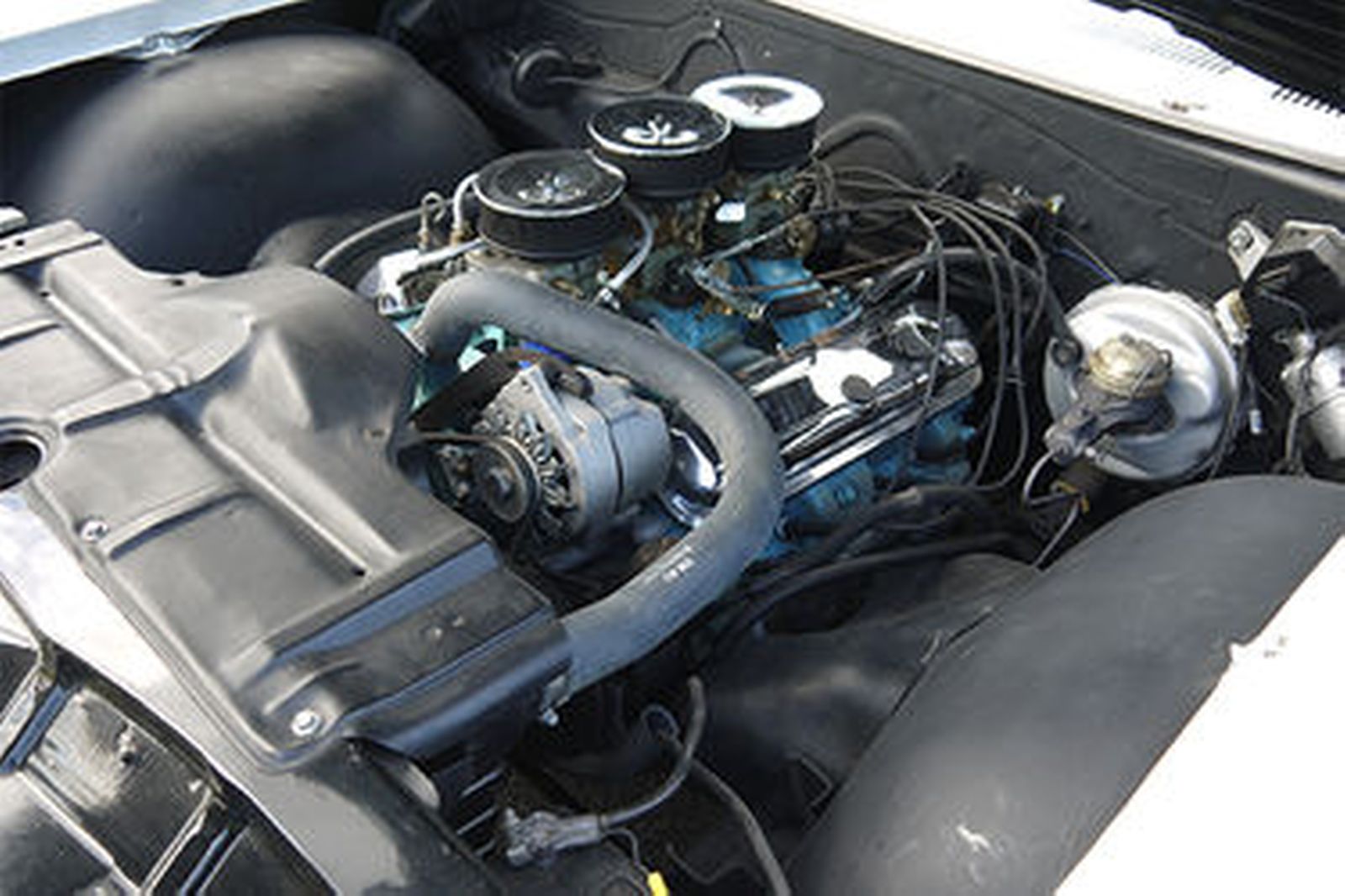 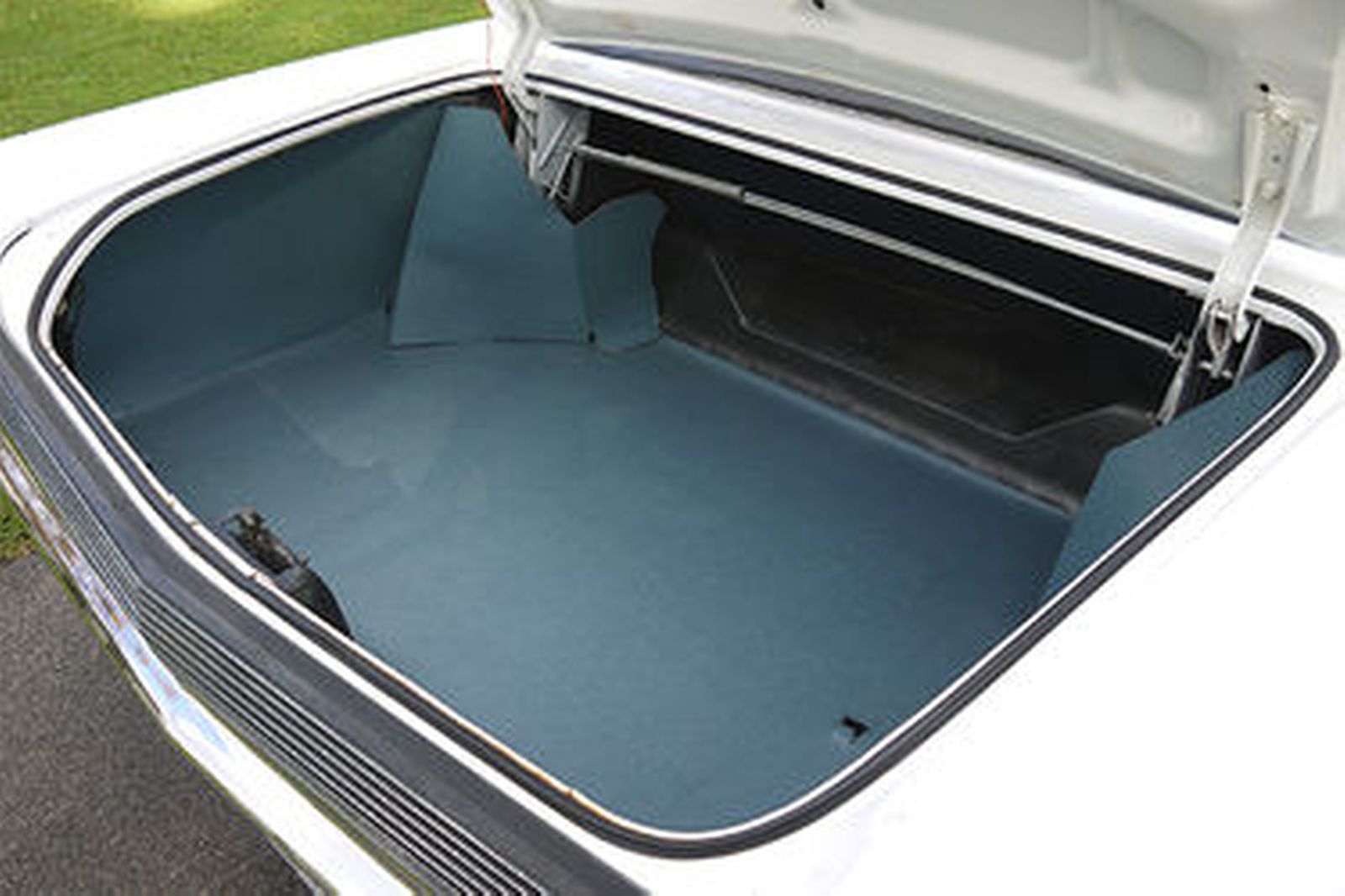