3019 people have viewed this lot

Founded in 1898 by James Lansdowne Norton of Birmingham, the Norton Manufacturing Company initially supplied components for the bicycle industry and the first motorcycle to bear the Norton name was simply a bicycle with a Clement engine attached to the front downtube. Norton continued to use a variety of proprietory engines until success came at the first Isle of Man TT race in 1907, when Rem Fowler was victorious on one of his machines. Norton's first engine was the Big Four single of 633cc, first exhibited at the 1907 Stanley show. Over the ensuing decades, Norton went on to establish a fine reputation as a quality builder of motorcycles, primarily singles and twins, with a long history of involvement in motor sport. During World War Two, Norton made over 100,000 motorcycles for military use, principly the Model 16H and Big 4, and post-war civilian production gradually resumed. Following years of building singles, Norton broke with tradition in the late 1940s and released their first twin, the Model 7, to compete with Triumph's Speed Twin. Breaking cover at the 1948 Earls Court Show, the earliest Model 7 bikes had a plunger rear-end frame with Roadholder forks but had, by 1952, adopted a swinging arm frame. Designed by Bert Hopwood and known as the Dominator, the Model 7 was powered by a twin-cylinder 500cc overhead valve engine developing 29 horsepower, giving the Model 7 ample performance - it could top 90 mph under the right conditions. Widely splayed exhaust ports that lent themselves to tuning, making the Dominator popular with racers. The Model 7 handled well, was very reliable and generally performed very well as a road bike while later models, using the Featherbed frame, went on to enjoy a successful racing career. Finished in the classic Norton colour scheme of polychromatic grey, the Model 7 certainly looked the part and remained in production until 1956. 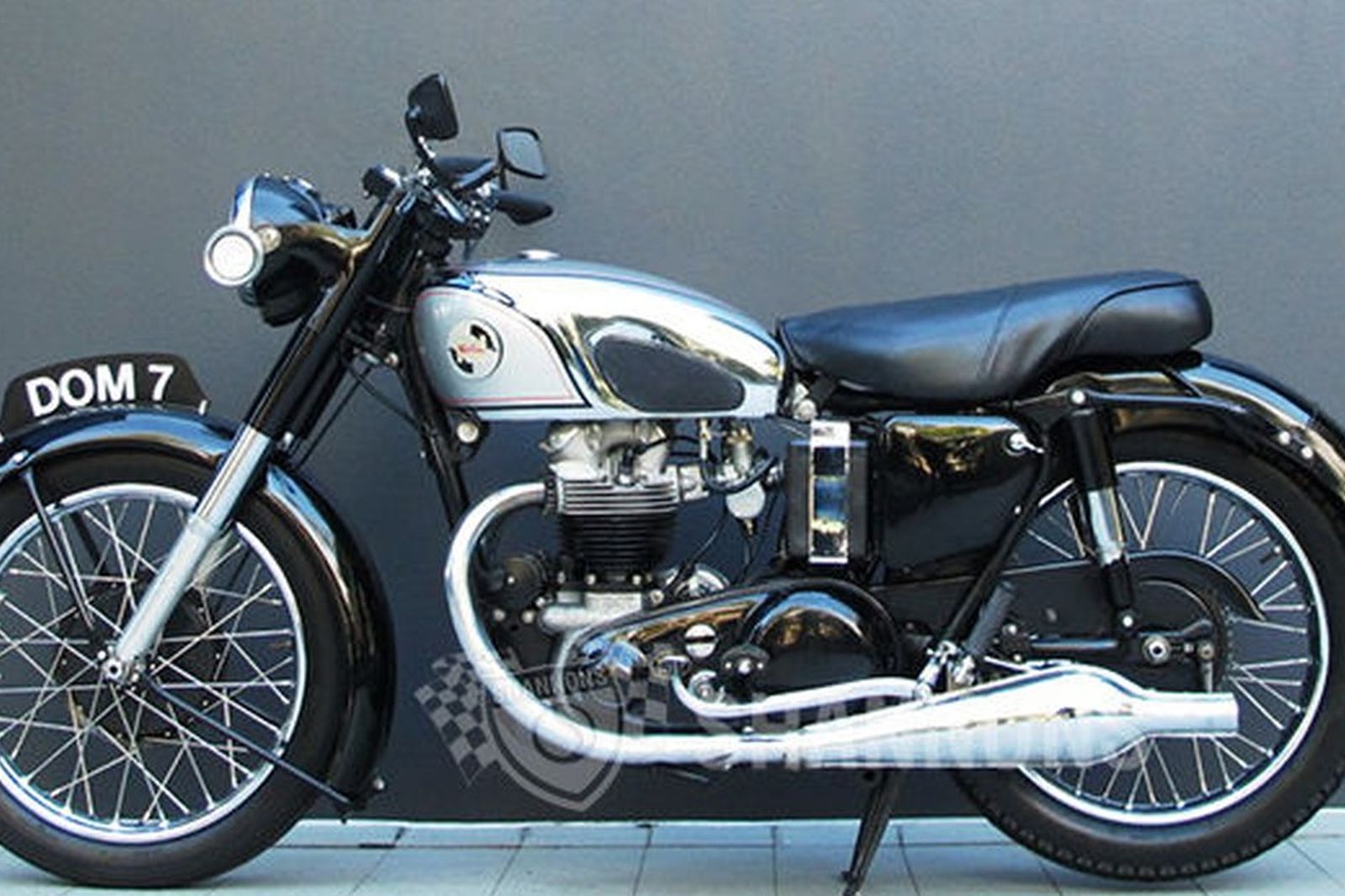 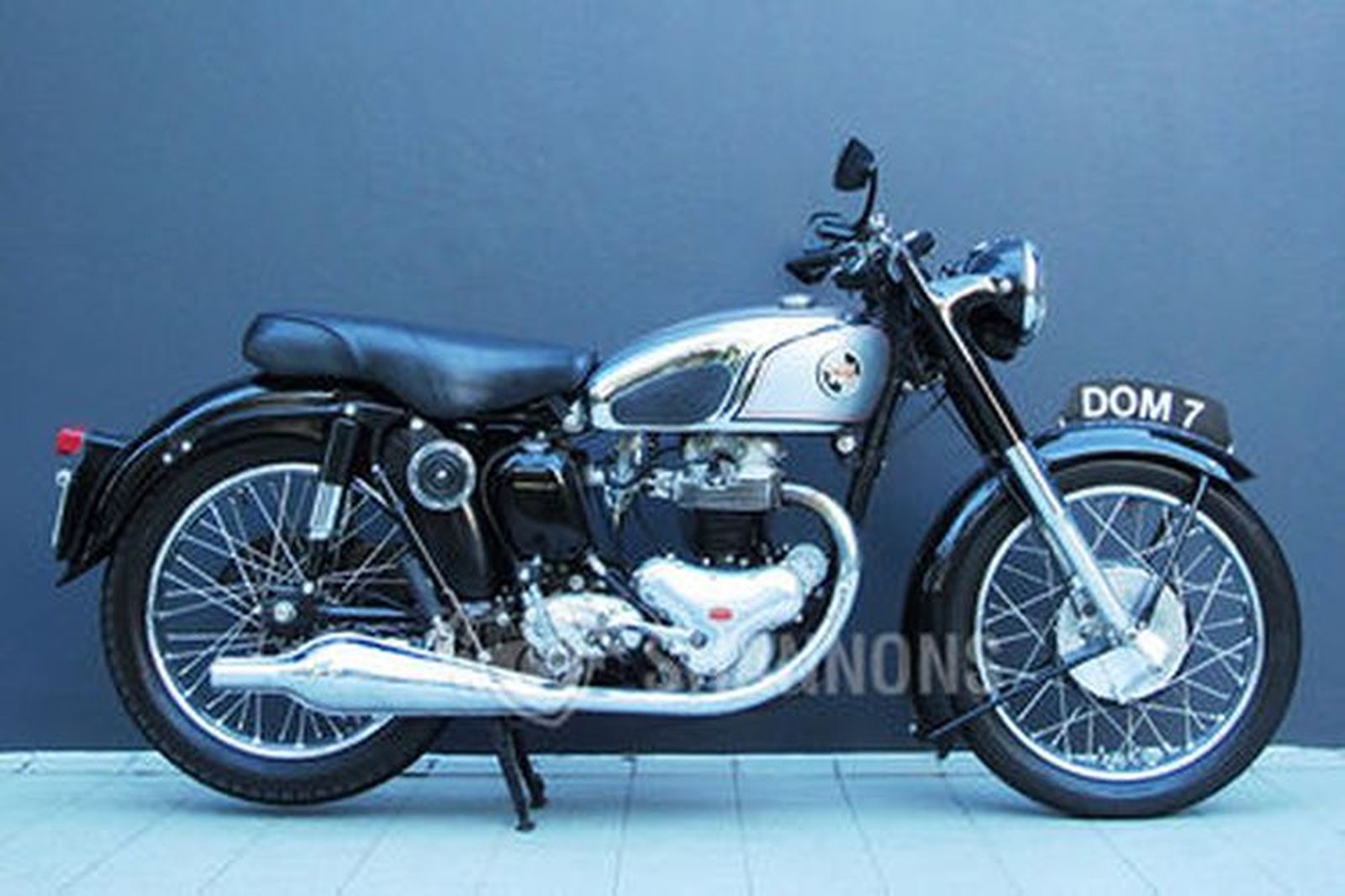 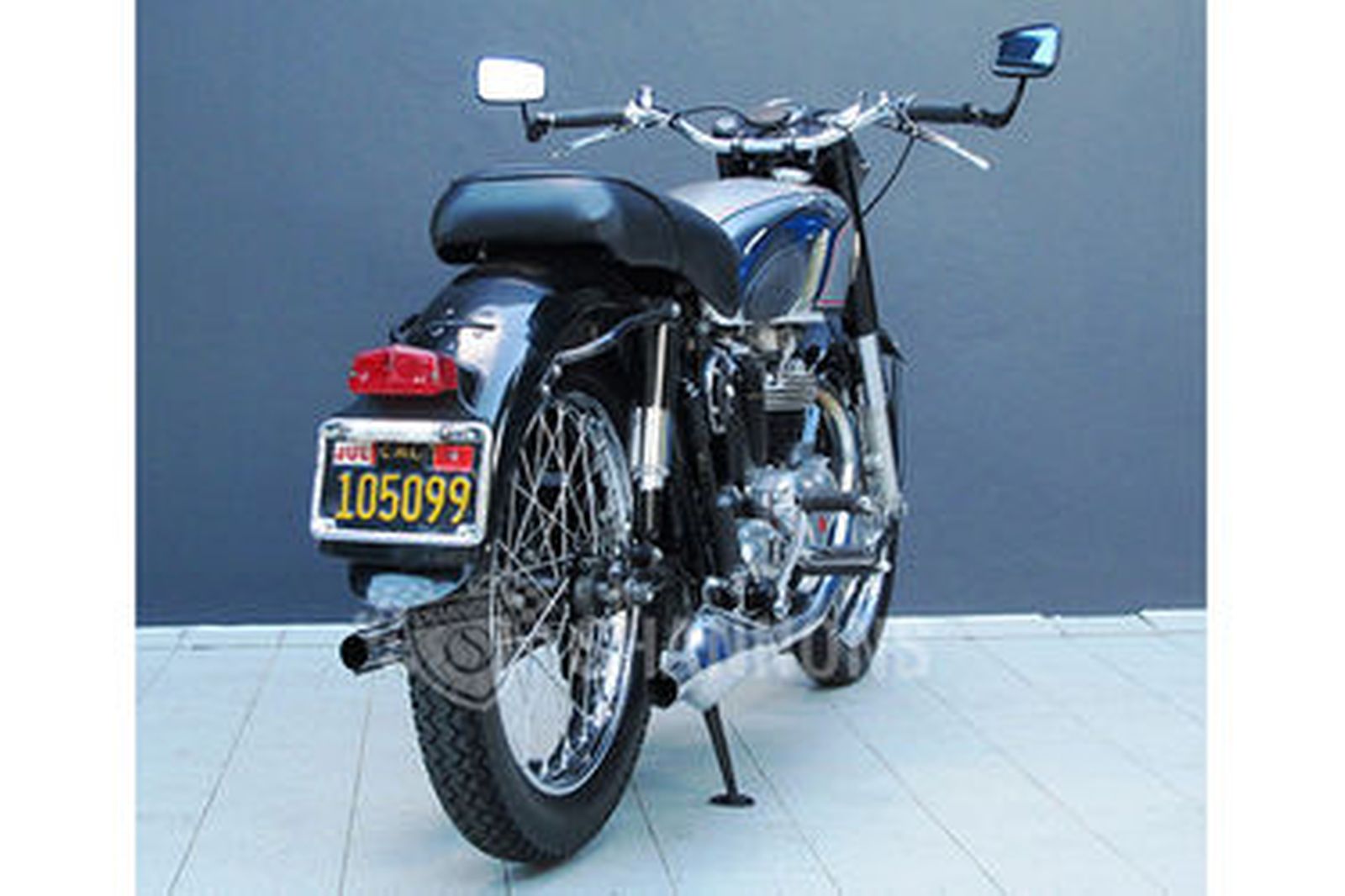 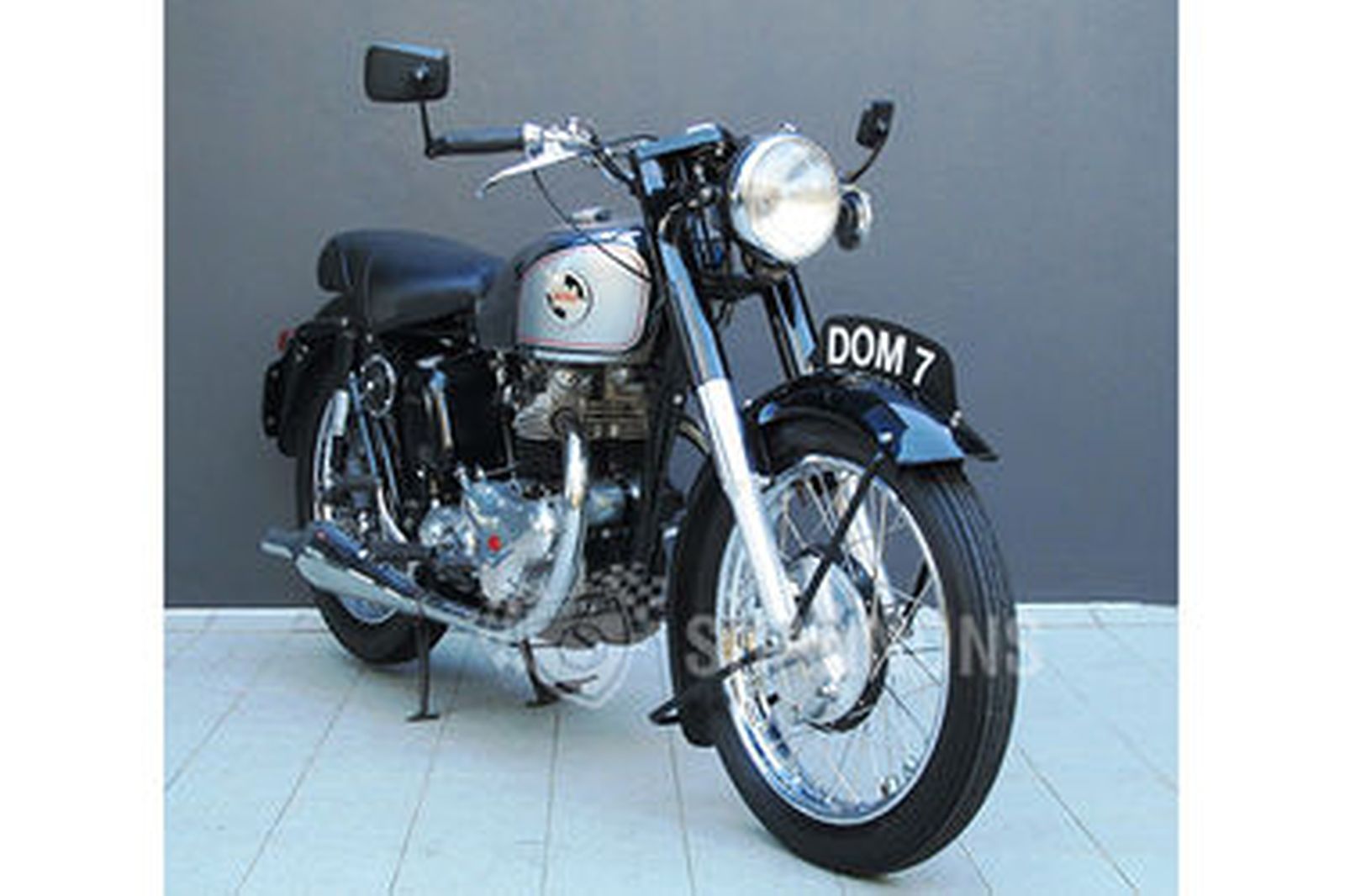 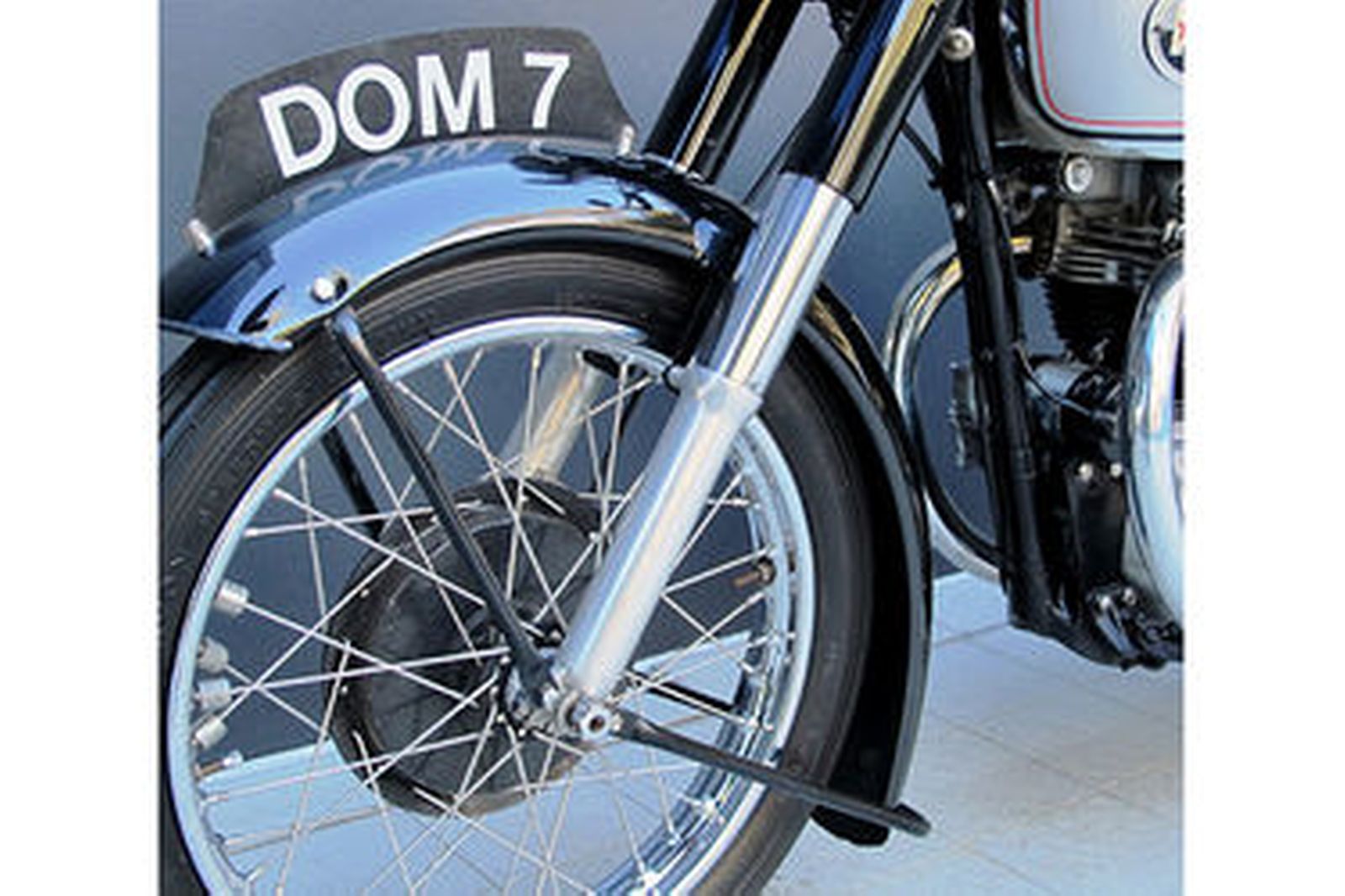 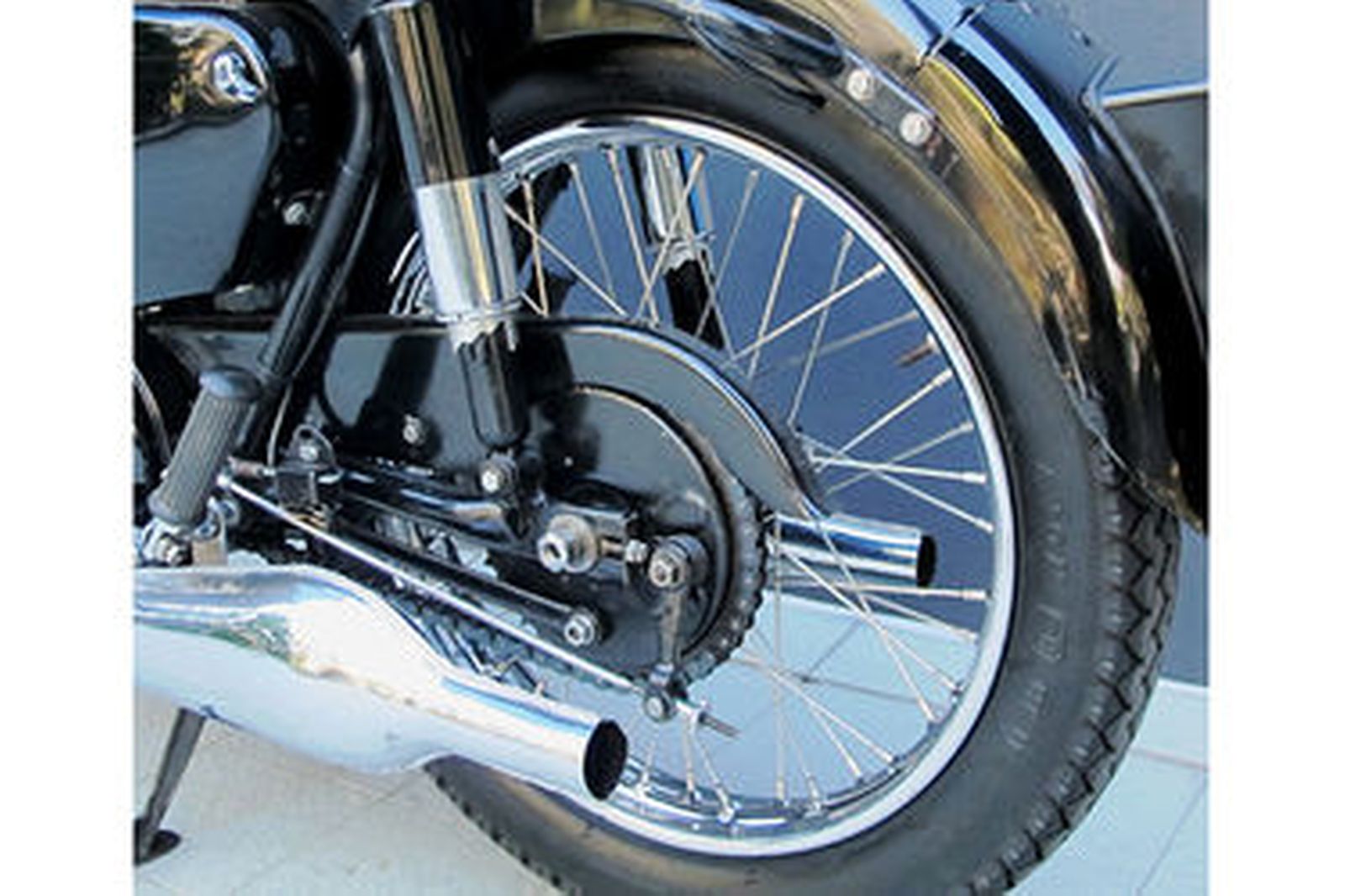 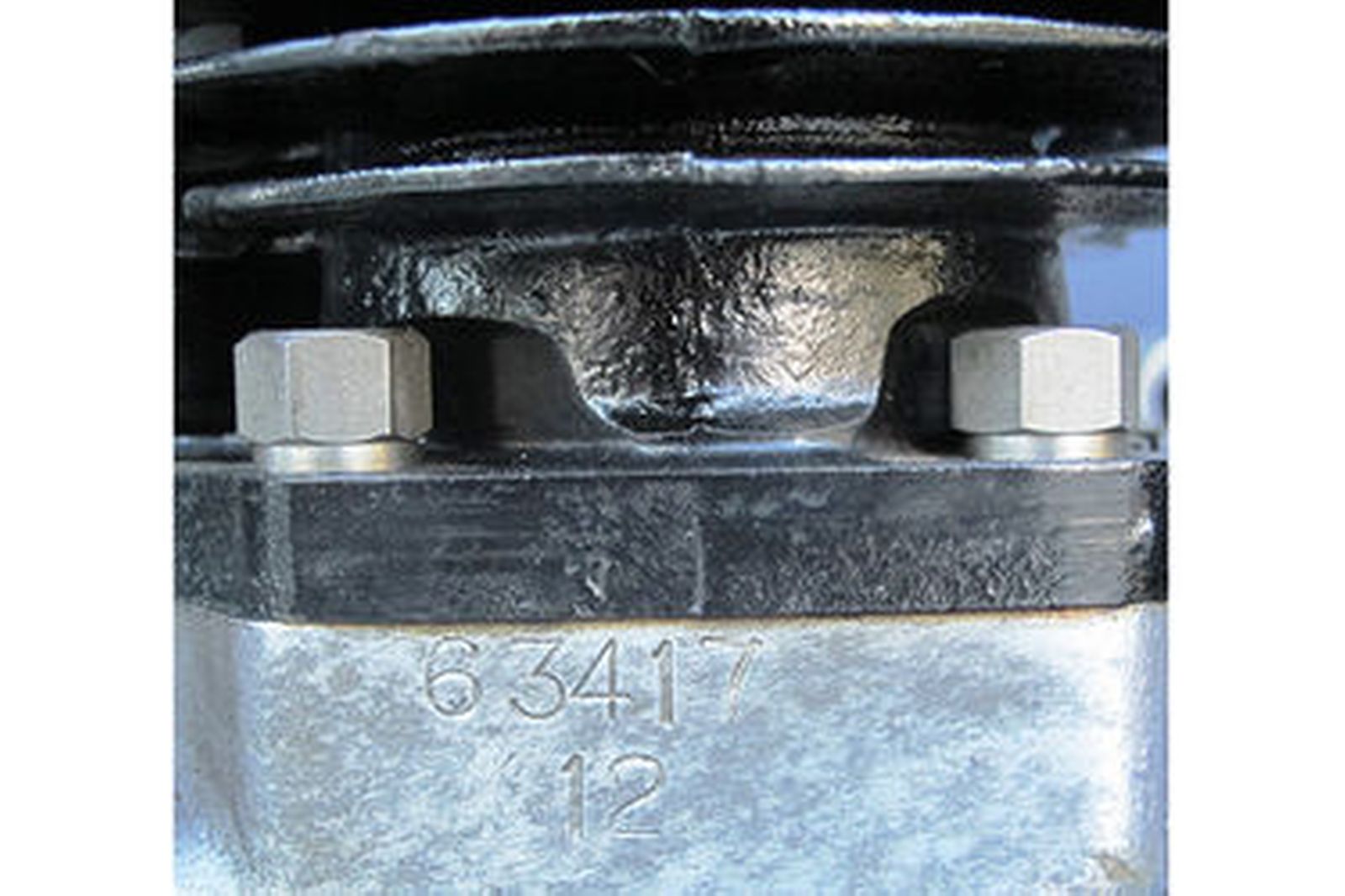 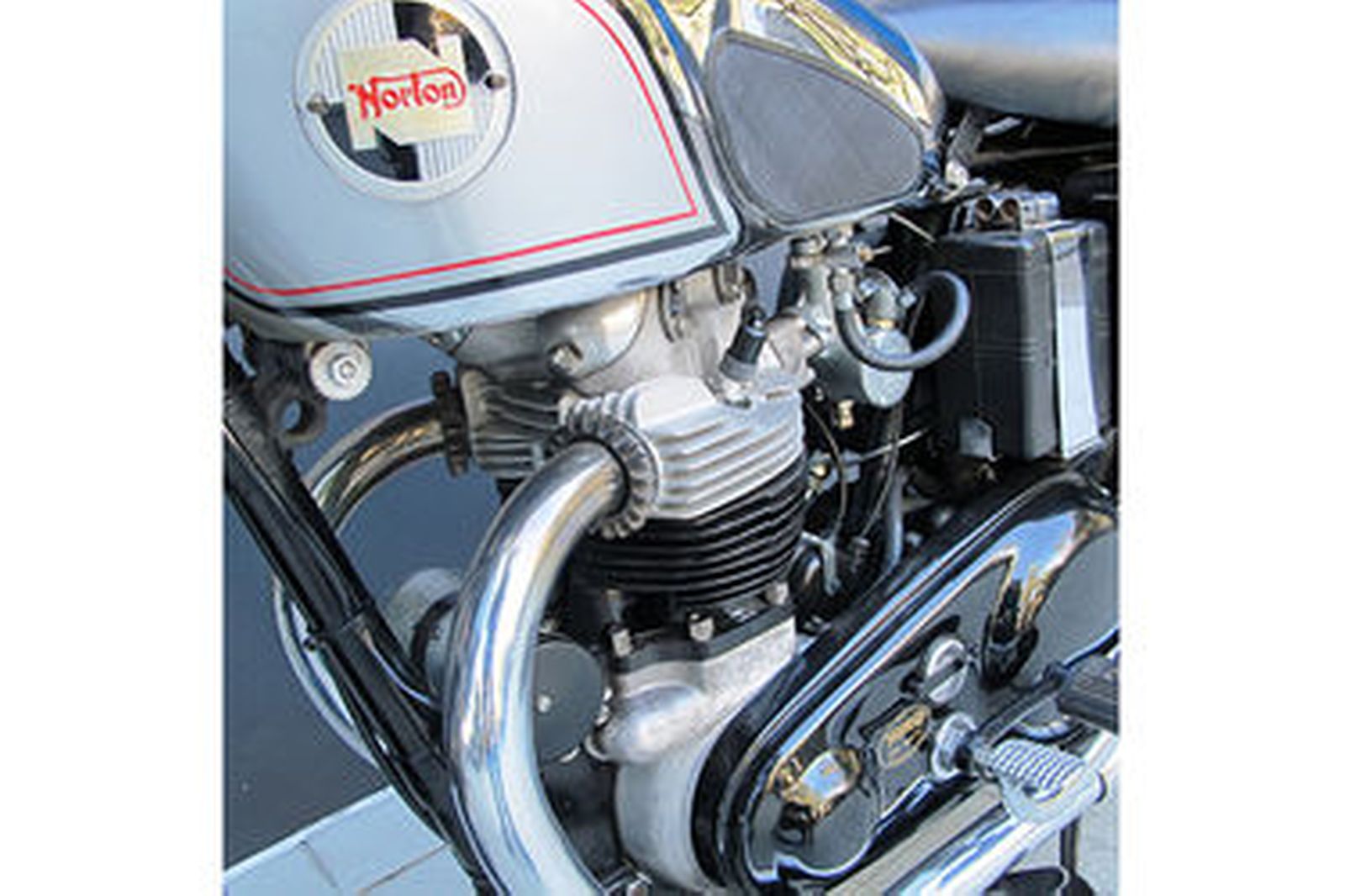 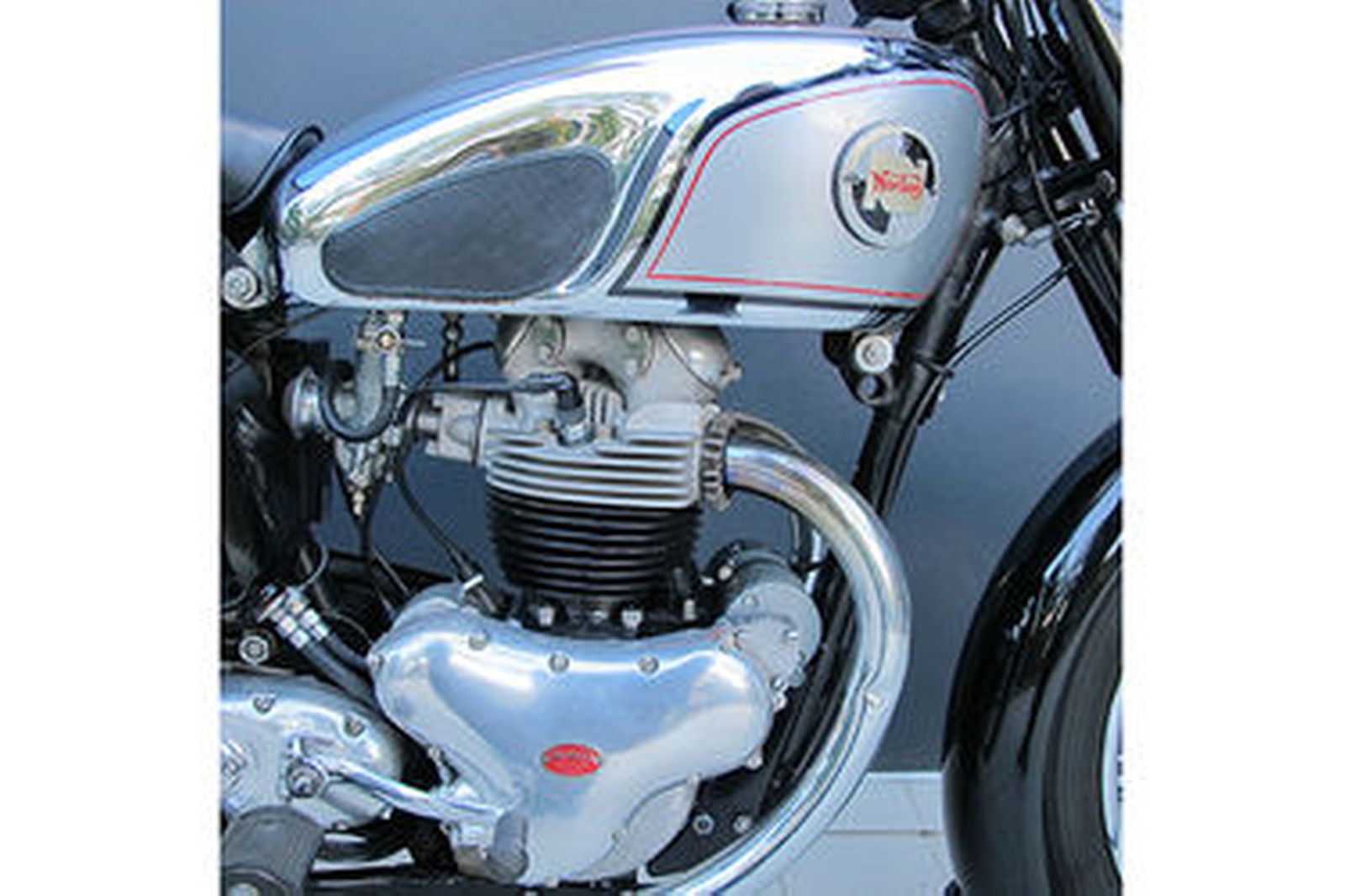 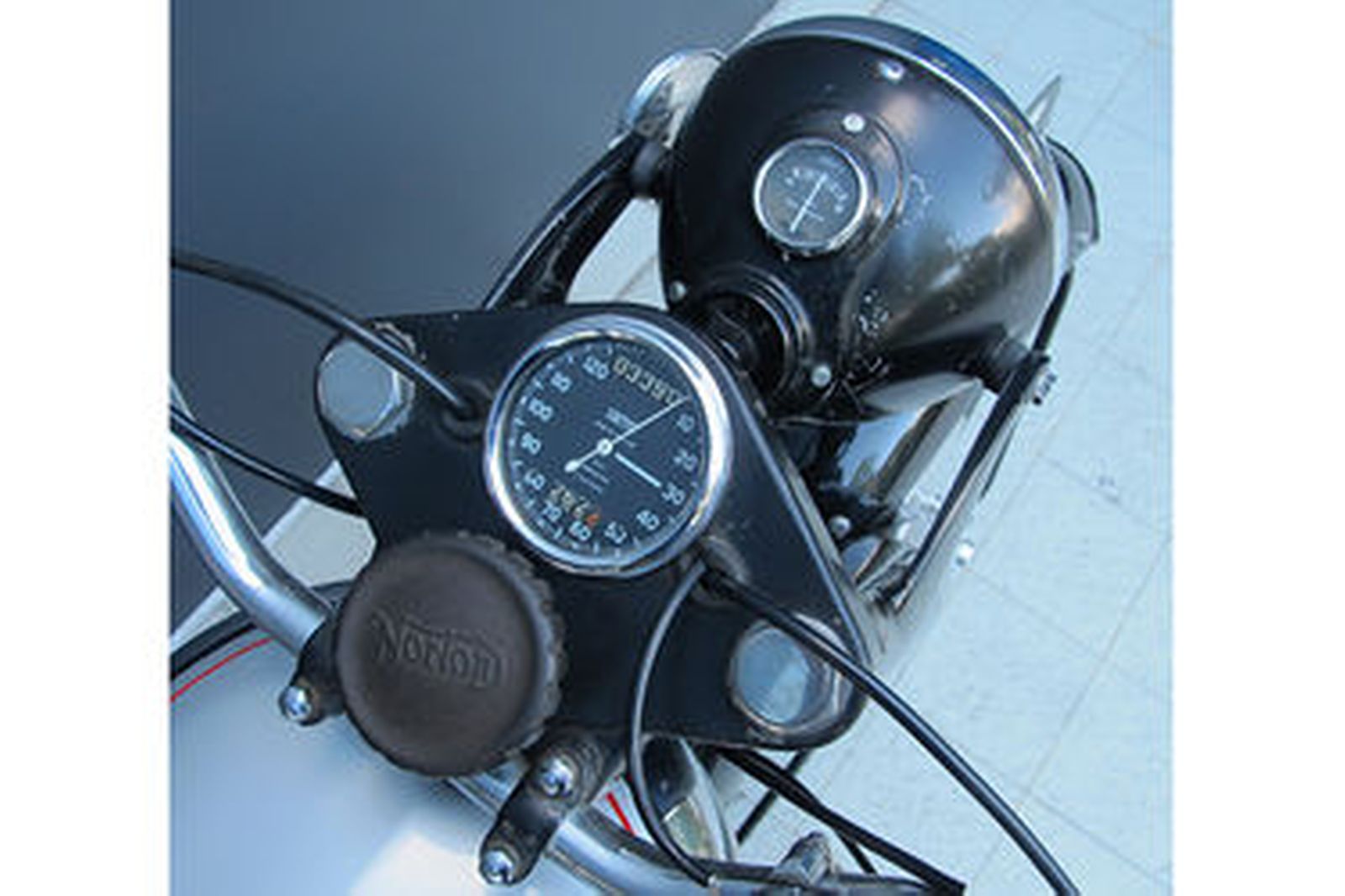