3277 people have viewed this lot

One of the most revered and collectible names in motorcycling, Brough Superior, was originally established by George Brough in Nottingham in 1921 to build machines of the highest quality and performance. The earliest SS80 model, powered by a specially tuned JAP 986cc ohv engine, was well received by the press and public alike and was followed by the even more powerful SS100 in 1924, today one of the most sought after motorcycles ever made. With the emphasis firmly on quality, each Brough Superior was essentially a bespoke piece of machinery built to the customer's individual requirements, earning the company the nickname "The Rolls-Royce of Motorcycles." A succession of famous customers rode Broughs, none more so than T E Lawrence, better known as Lawrence of Arabia, who died from injuries sustained following an accident on his in 1935. The largest model to emerge from Brough's Nottingham factory was the 11-50, designed primarily for sidecar and police work. The engine was a powerful 60-degree JAP V-twin with a single Amal carburettor. The Monarch patented bottom-link front fork was specially designed for sidecar work and the advanced four-speed gearbox was pivotal-mounted, with three close ratios and a low bottom gear. The 11-50 was capable of a very respectable 65-70mph with sidecar fitted, even more riding solo, and proved particularly popular with Australian and Canadian police forces. To quote the 1939 Sales Brochure, the 11-50 Special was ??specially built for the tough guys of the motor-cycling game? and was available in Colonial trim, with long rear-swept handlebars, twist-grip controls, foot-boards, foot clutch and gear-change. In production from 1933 until 1940, when Brough Superior ceased all motorcycle manufacturing and switched to precision engineering, with only 308 thought to have been made in that period. 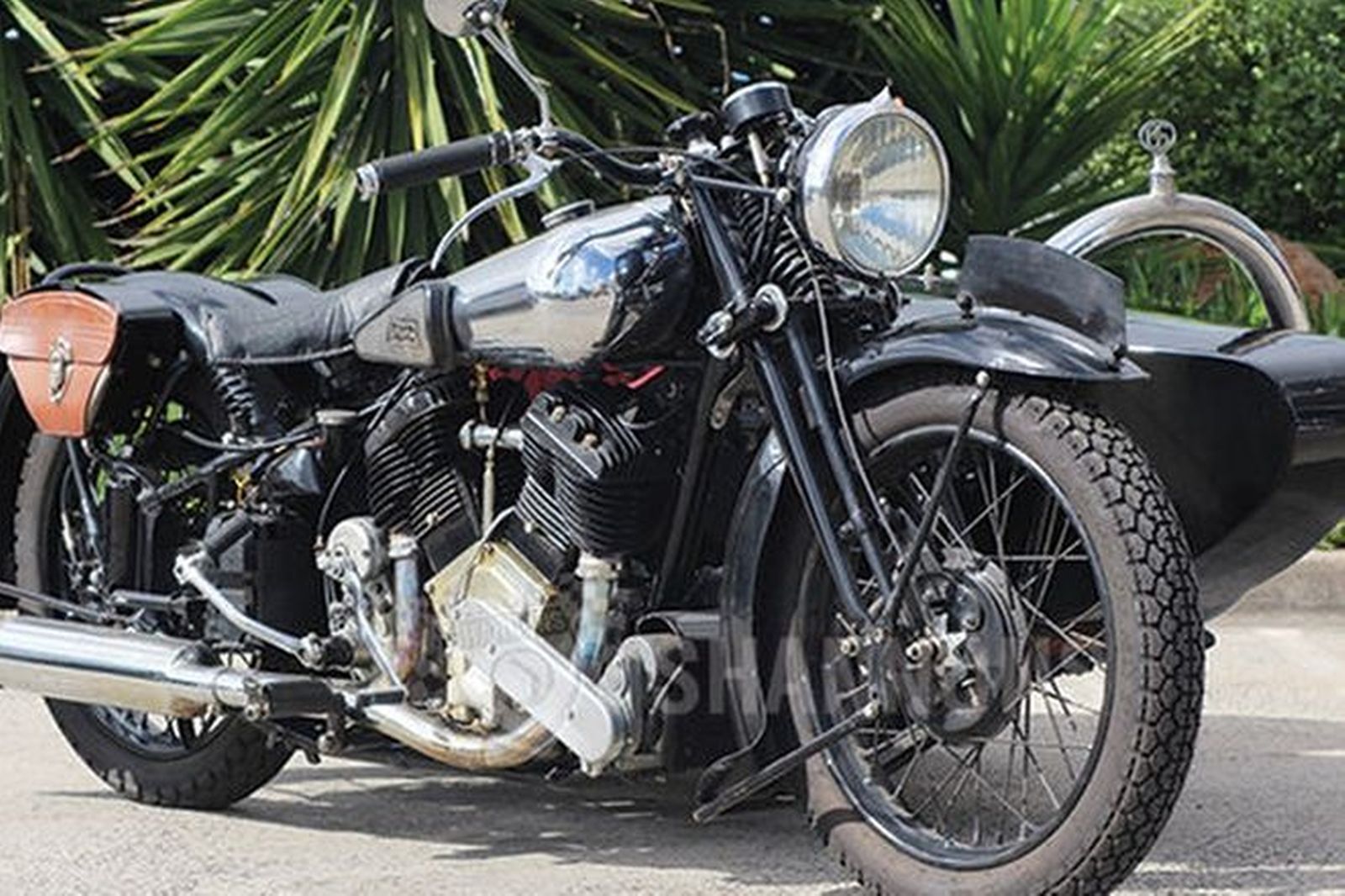 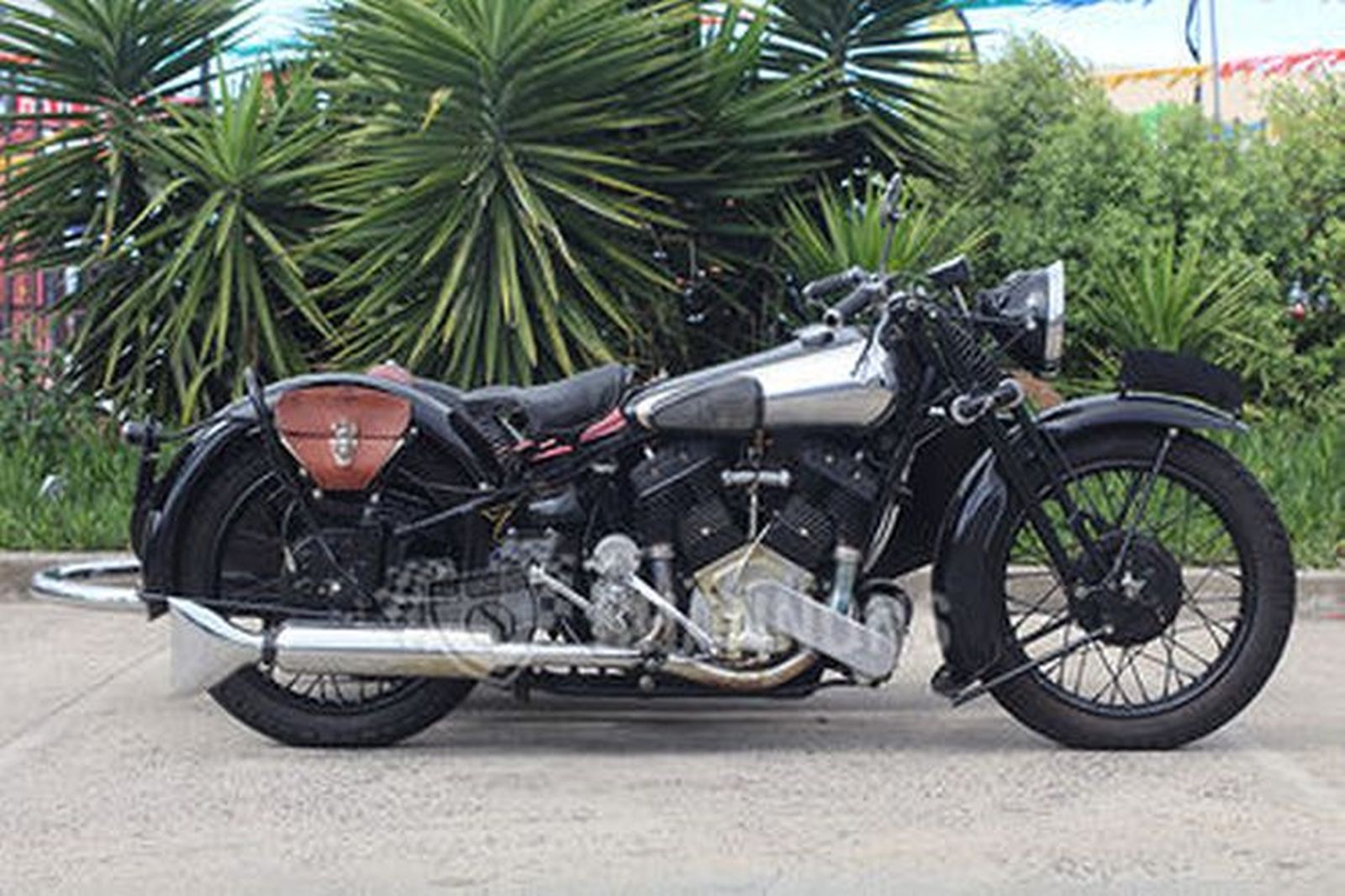 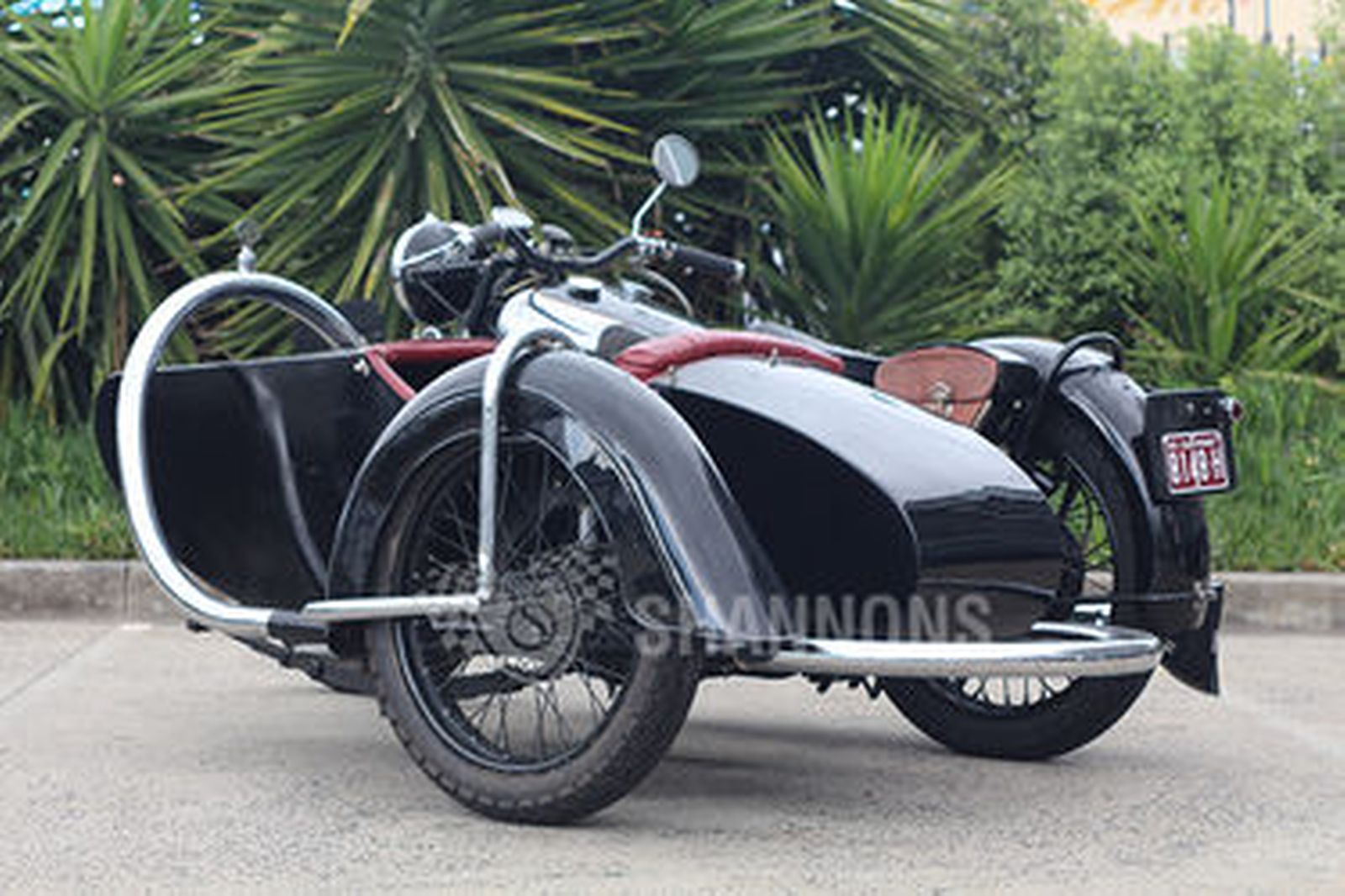 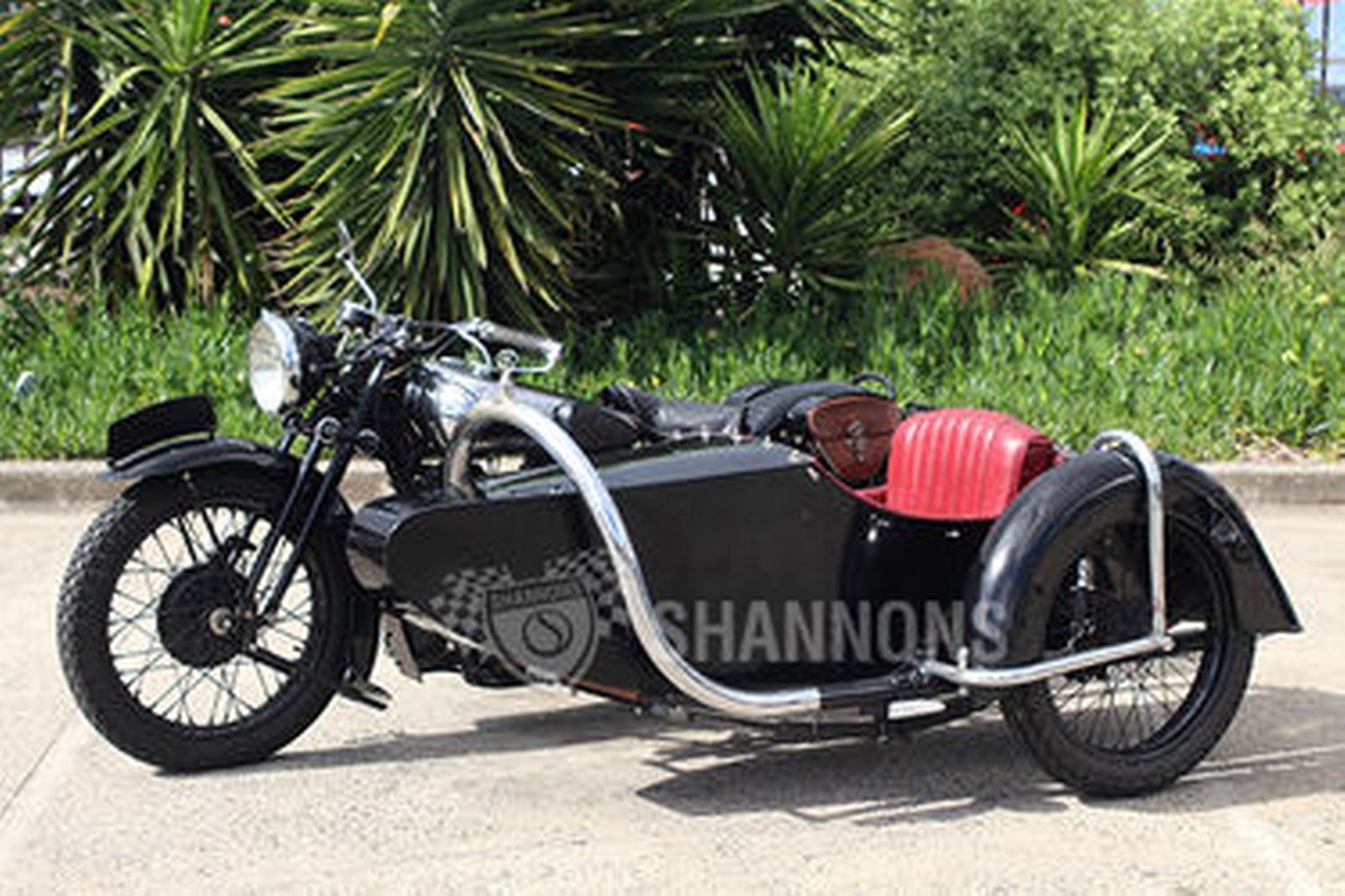 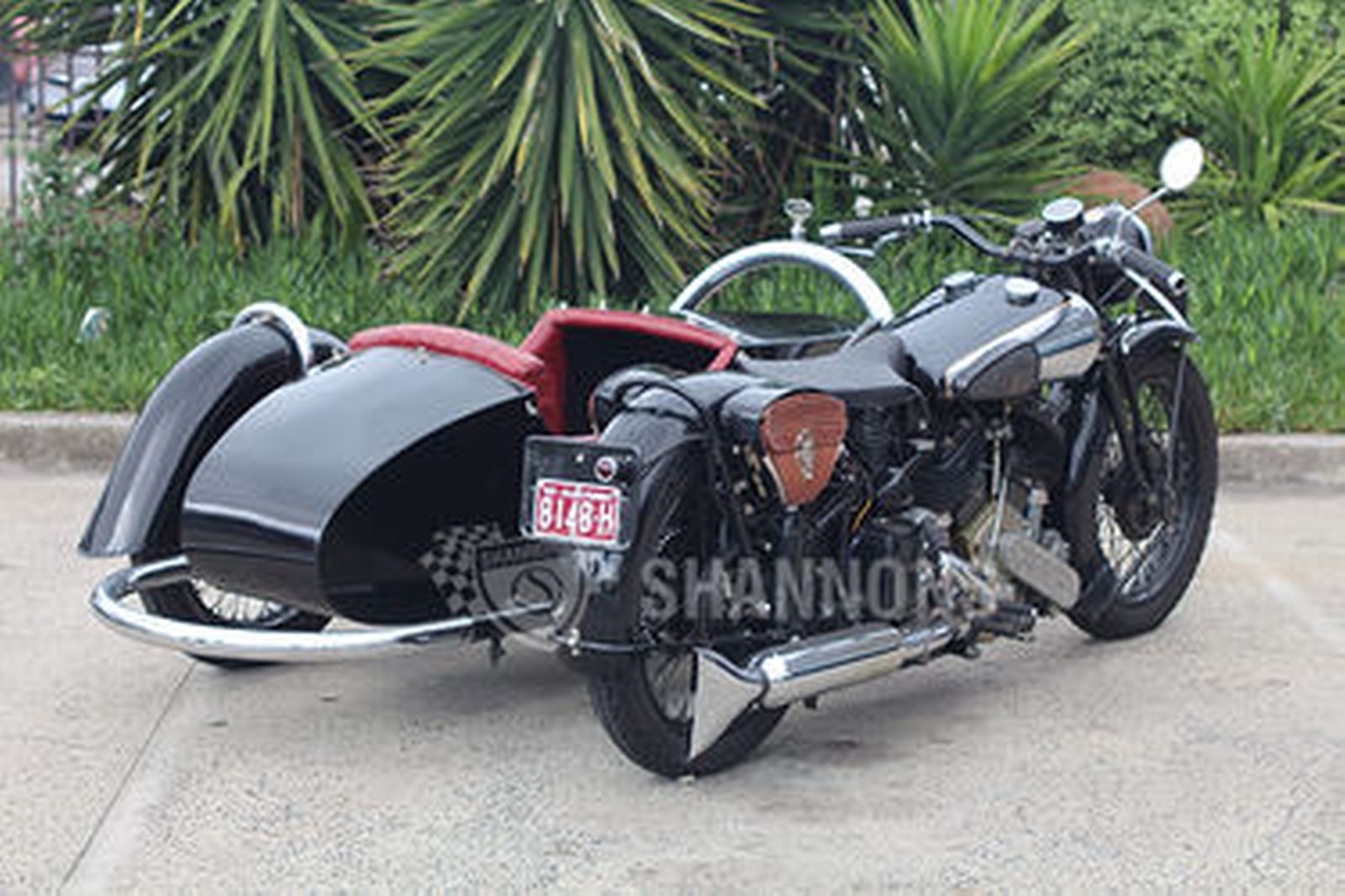 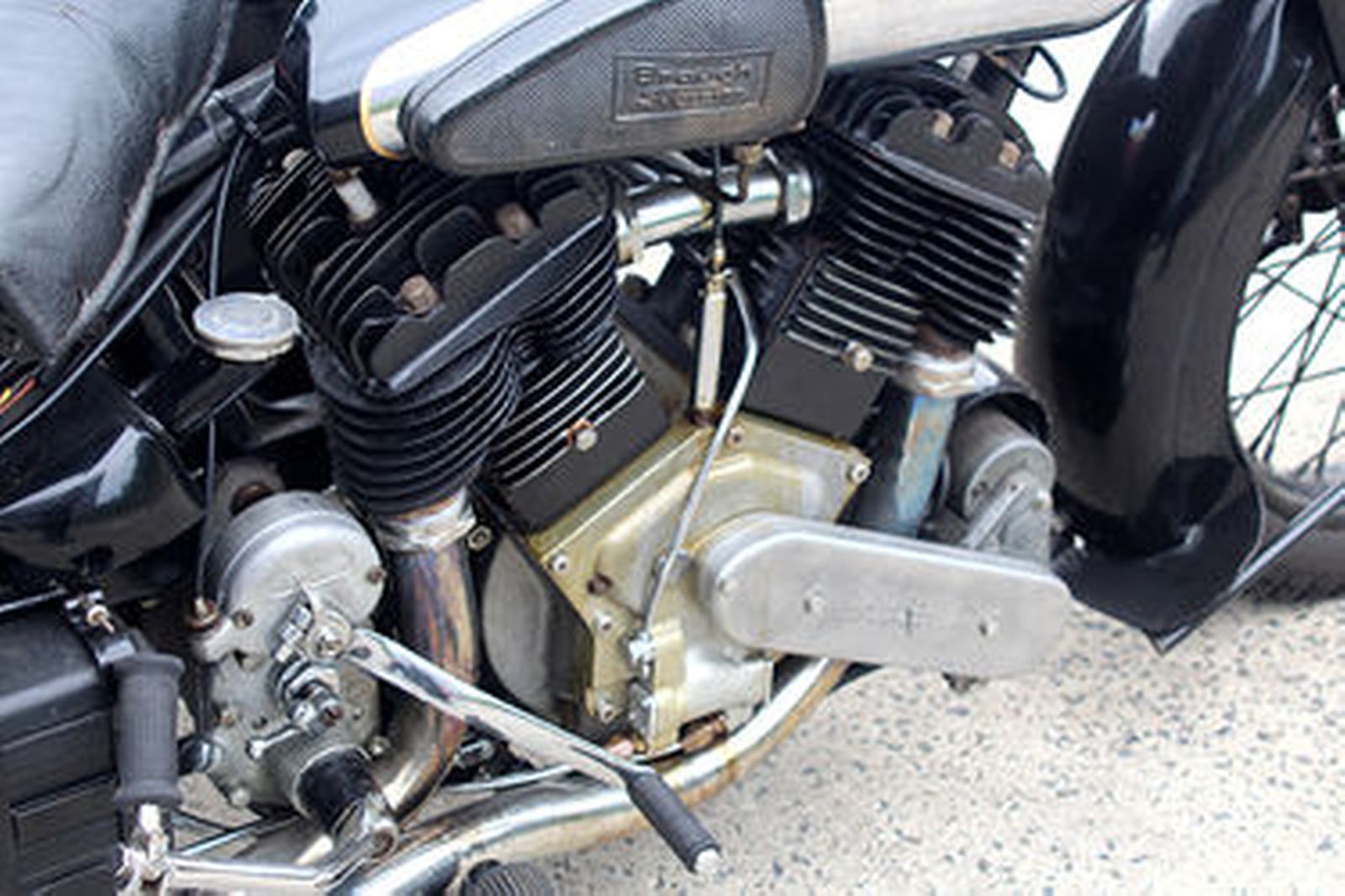 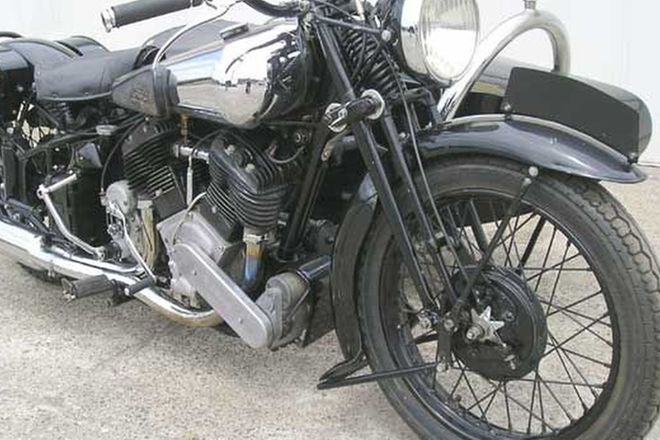