1324 people have viewed this lot

In the history of the automobile, models come and go with monotonous regularity but every once in a while a name catches the attention of the public and enthusiast alike. The Thunderbird is one such car, beloved by generations of car enthusiasts and hugely successful right from day one. Although built in response to Chevrolet's new Corvette, Ford's designers conceived the new Thunderbird not so much as a sports car, rather as a personal luxury car and created a whole new market segment overnight. Unveiled to the public at the 1954 Detroit Auto Show, the first generation Thunderbird was only available as a two-seat convertible, with unique styling cues such as the 'porthole' circular windows in the hardtop roof. With each succeeding generation, the Thunderbird grew both in stature and equipment, in keeping with contemporary trends, the original lithe convertibles replaced by the much larger 'Square Birds' of 1958-1960, followed by the 'Bullet Birds' of 1961-1964 and 'Jet Birds' of 1965-1966. Ford's fifth generation Thunderbird arrived in 1967, with yet another distinctive take on the personal sports coupe, complete with hidden headlamps and unusual grille treatment. Ford switched from unibody to body-on-frame construction for the 1967 model and these ornate cars are appropriately known as 'Glamour Birds' today. Dropping the convertible from the model line-up, a four-door sedan (with suicide rear doors) was added to the Thunderbird model line-up for the first time, with the ornate Landau roof treatment also available as a two-door coupé. For those who found the 'Cayman Grain' (or fake alligator skin) vinyl roof and ornamental 'bows' on the C-pillars not to their taste, a plainer two-door was also available. Under the bonnet, the Thunderbird employed Ford's well-proven 390-cid big-block V8 churning out either 275 or 315 horses depending on the state of tune. In addition two high performance 427-cid engines were offered and if that still wasn't sufficient power, there was always the 345 horsepower 428-cid Thunderbird Special. In 1968 this gave way to an even more potent 429-cid Thunderjet unit, rated at a heady 360 horsepower, which quickly became the standard engine. The Thunderbird came with plenty of gadgets inside, including the sequential instrument panel turn indicator (on early 1968 cars only) while safety was beginning to have an impact on designers, with side marker lamps Federally mandated, shoulder belts were fitted on the front seats and a high level rear stop lamp was now an option. A full-width bench seat was available for the first time and the Thunderbird was capable of seating six adults in comfort, although bucket seats remained the buyer's preference on two-door models. 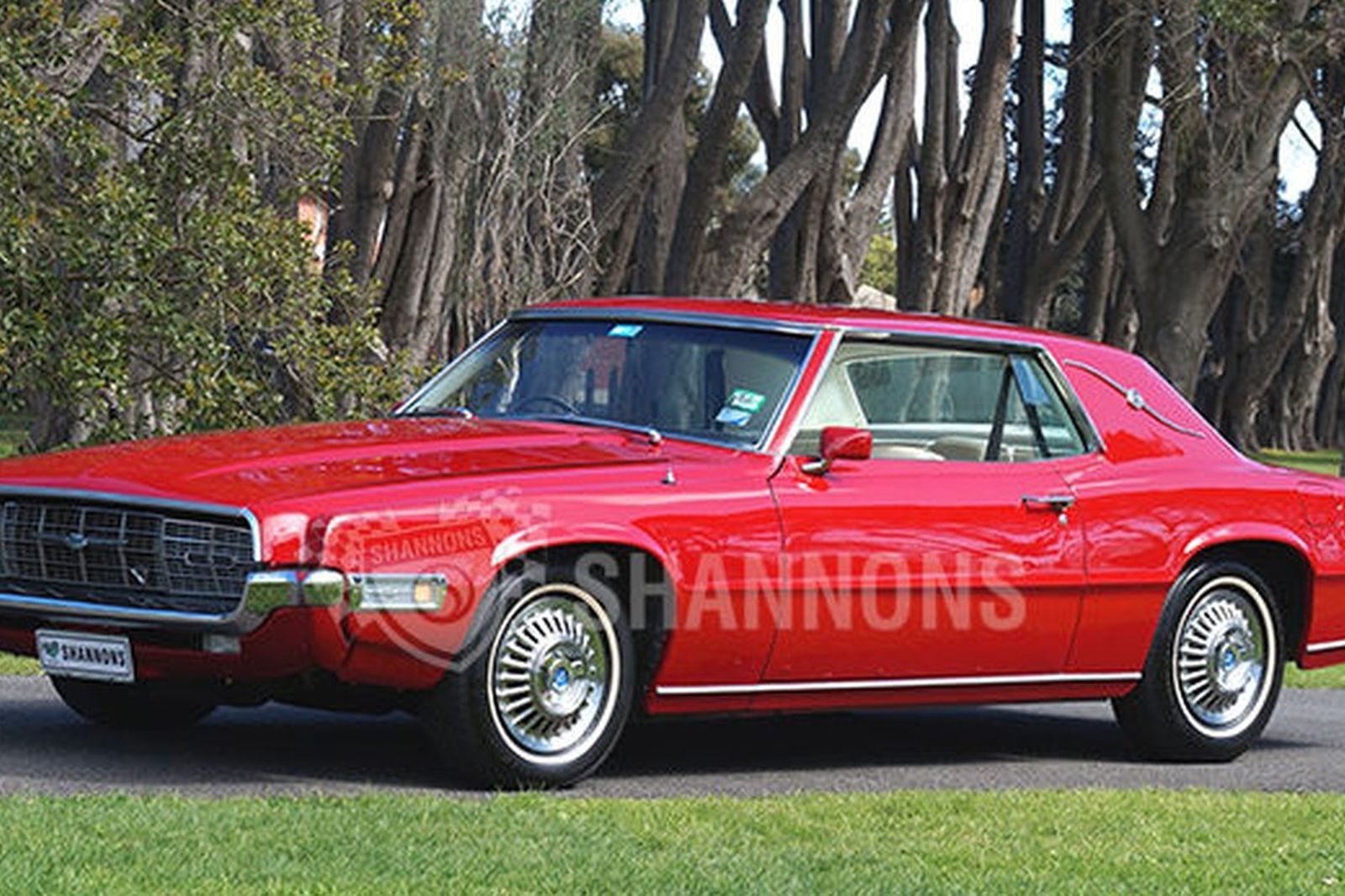 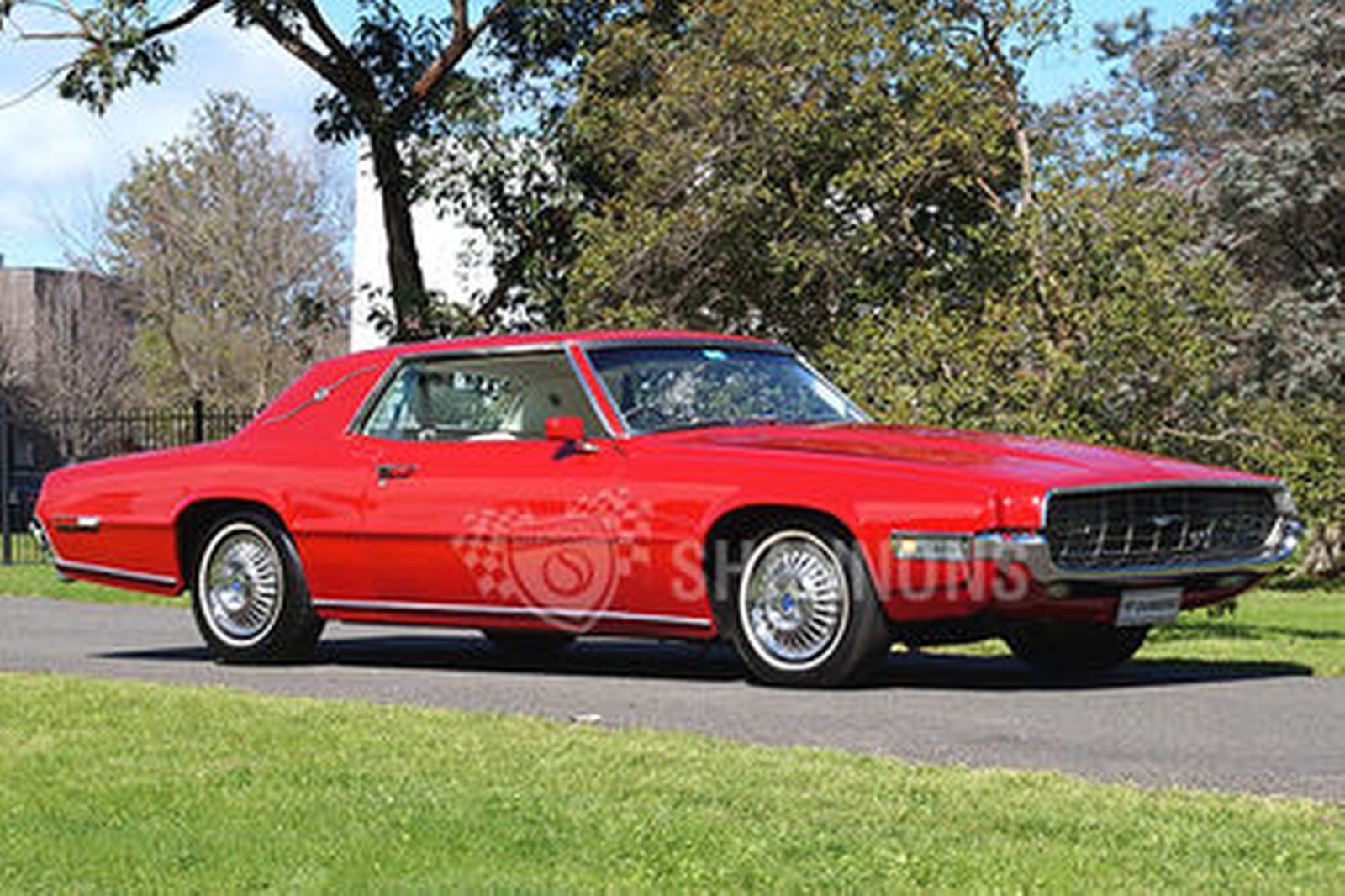 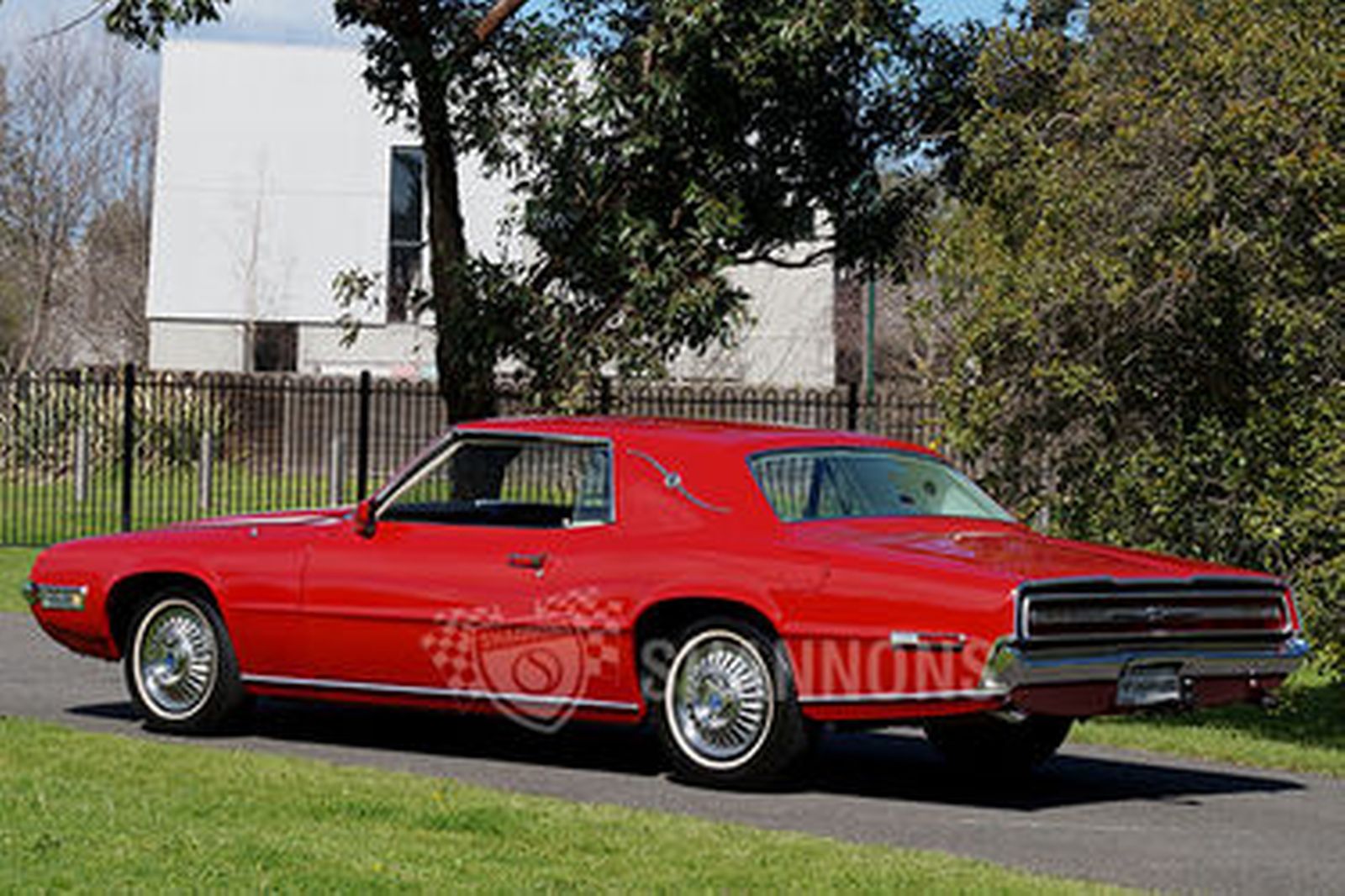 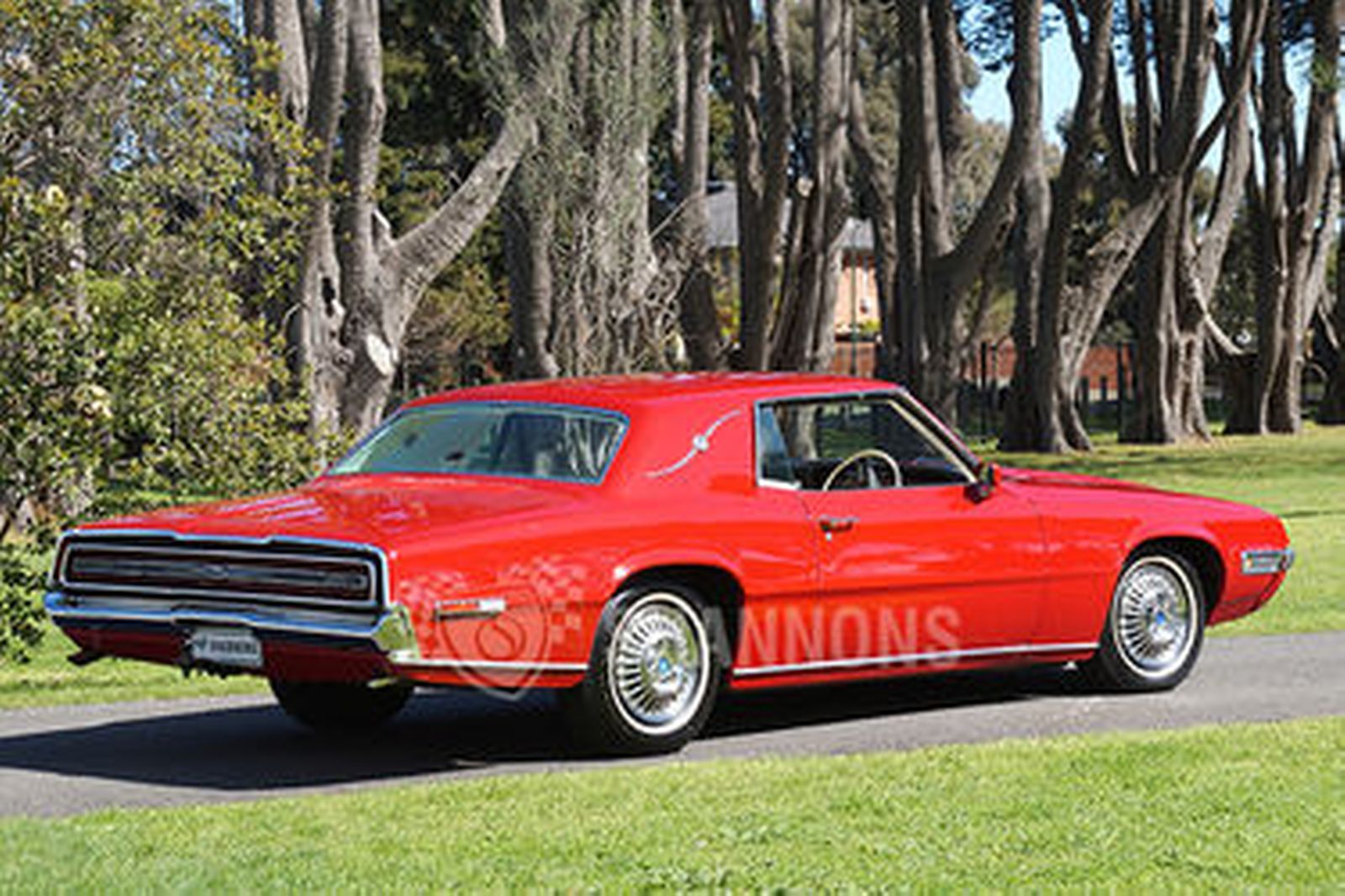 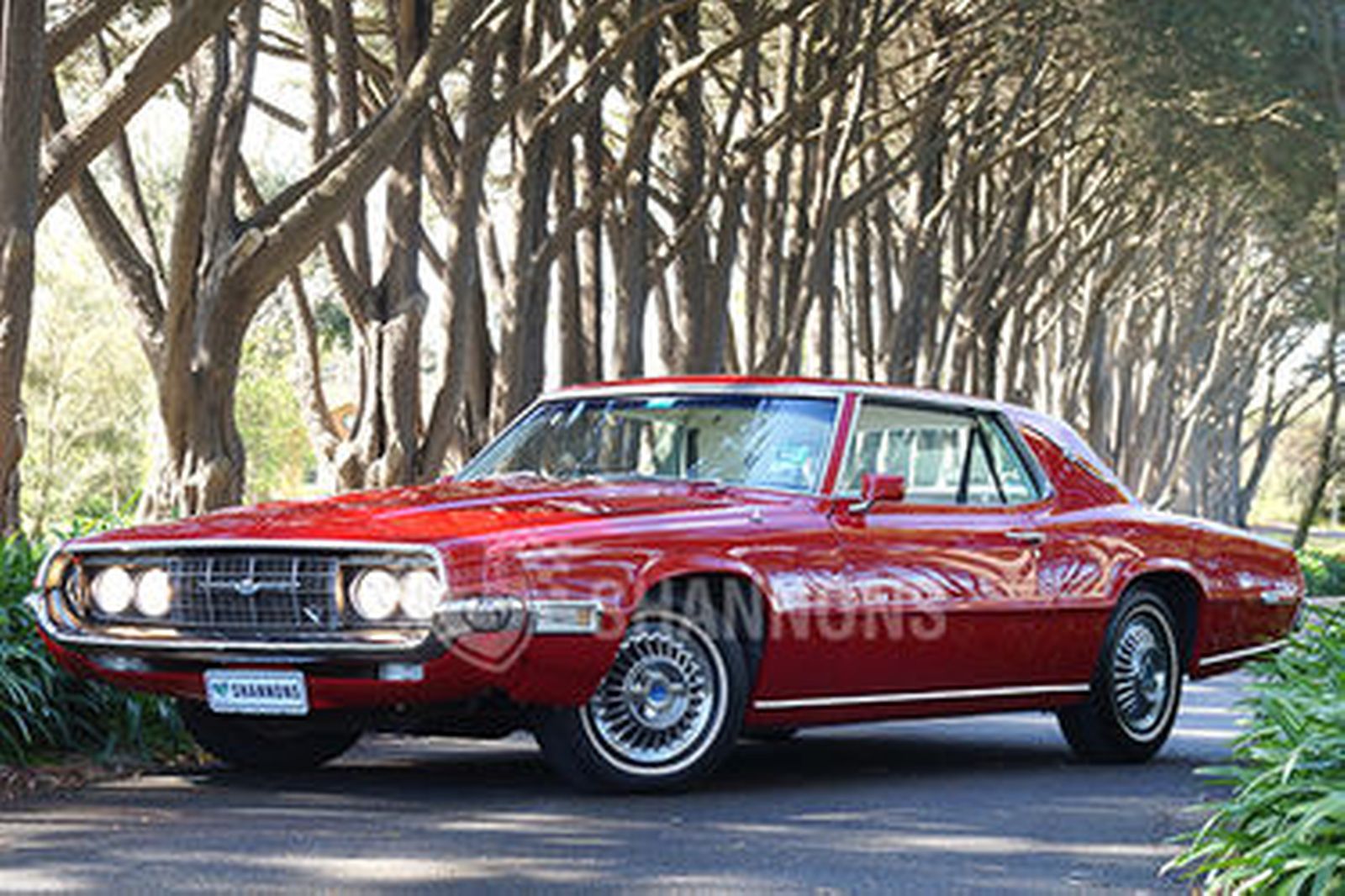 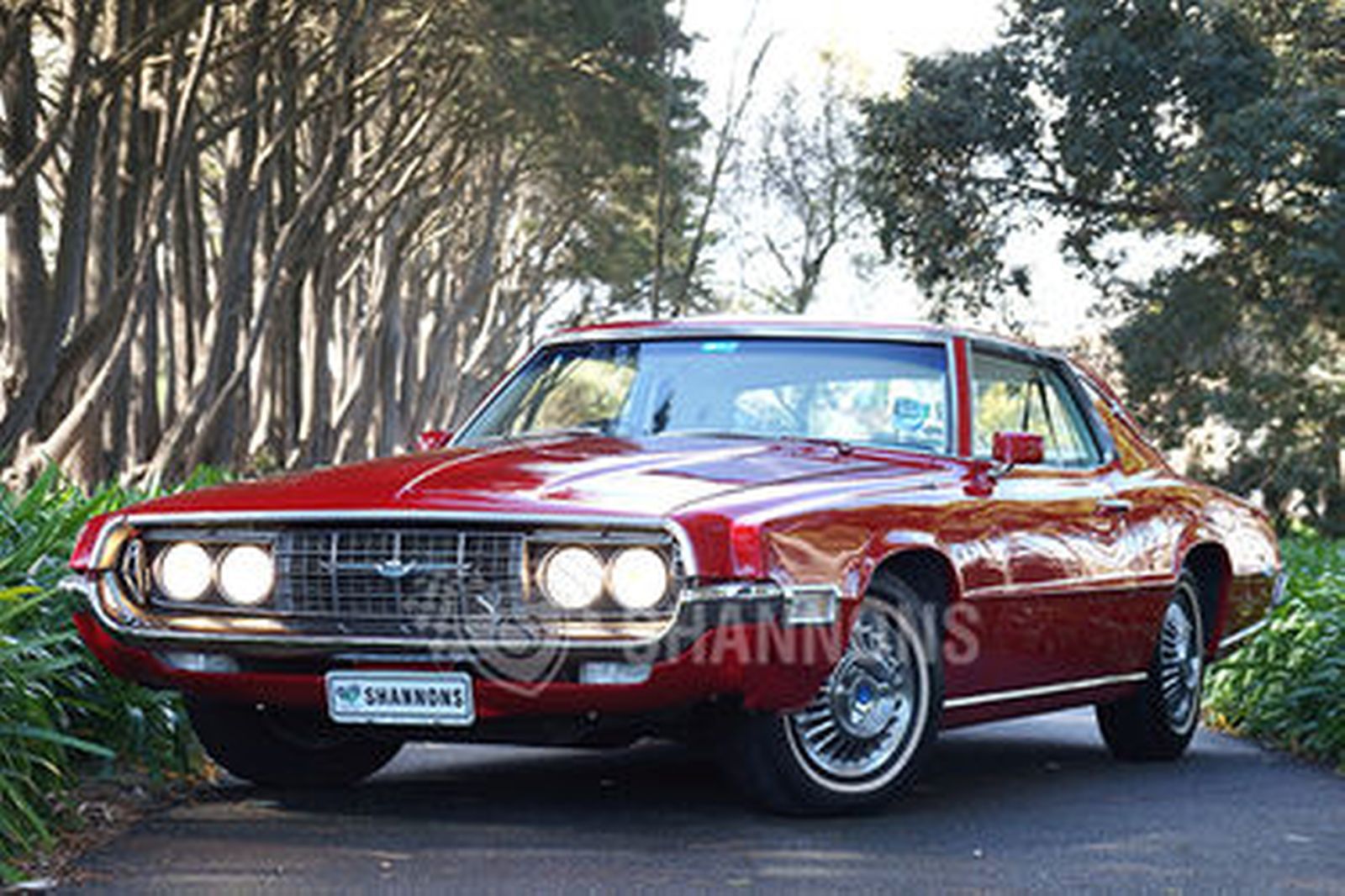 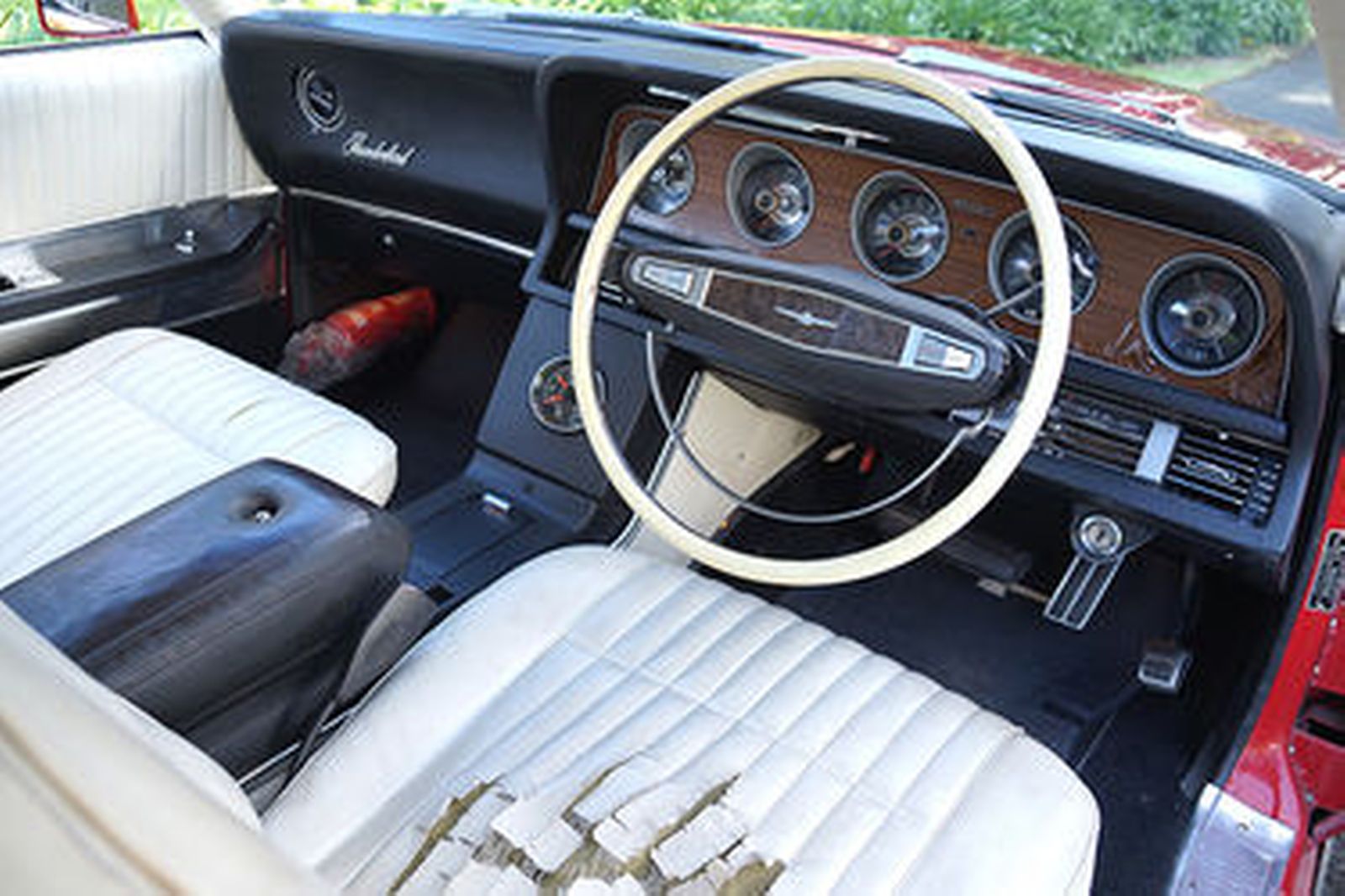 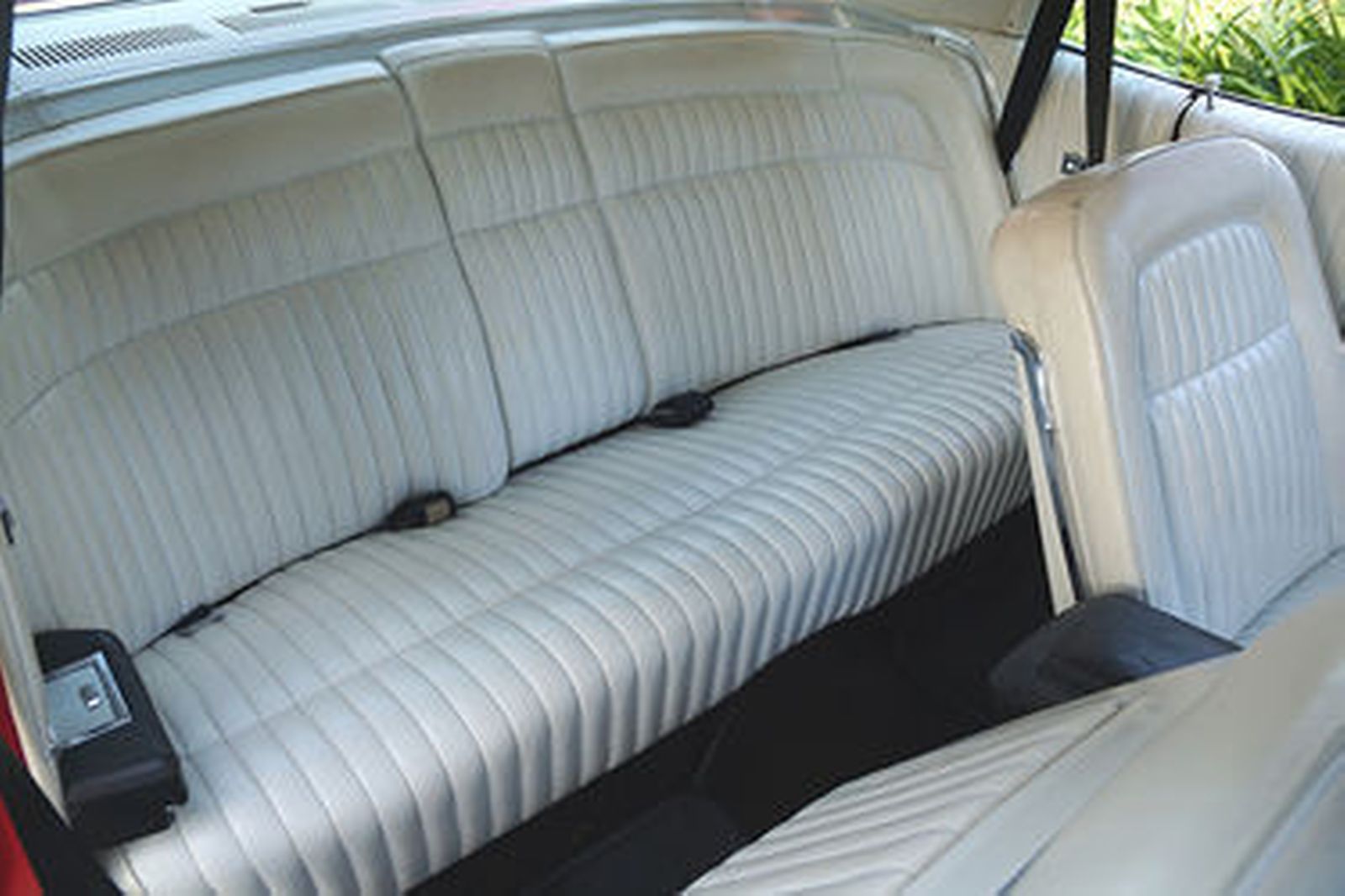 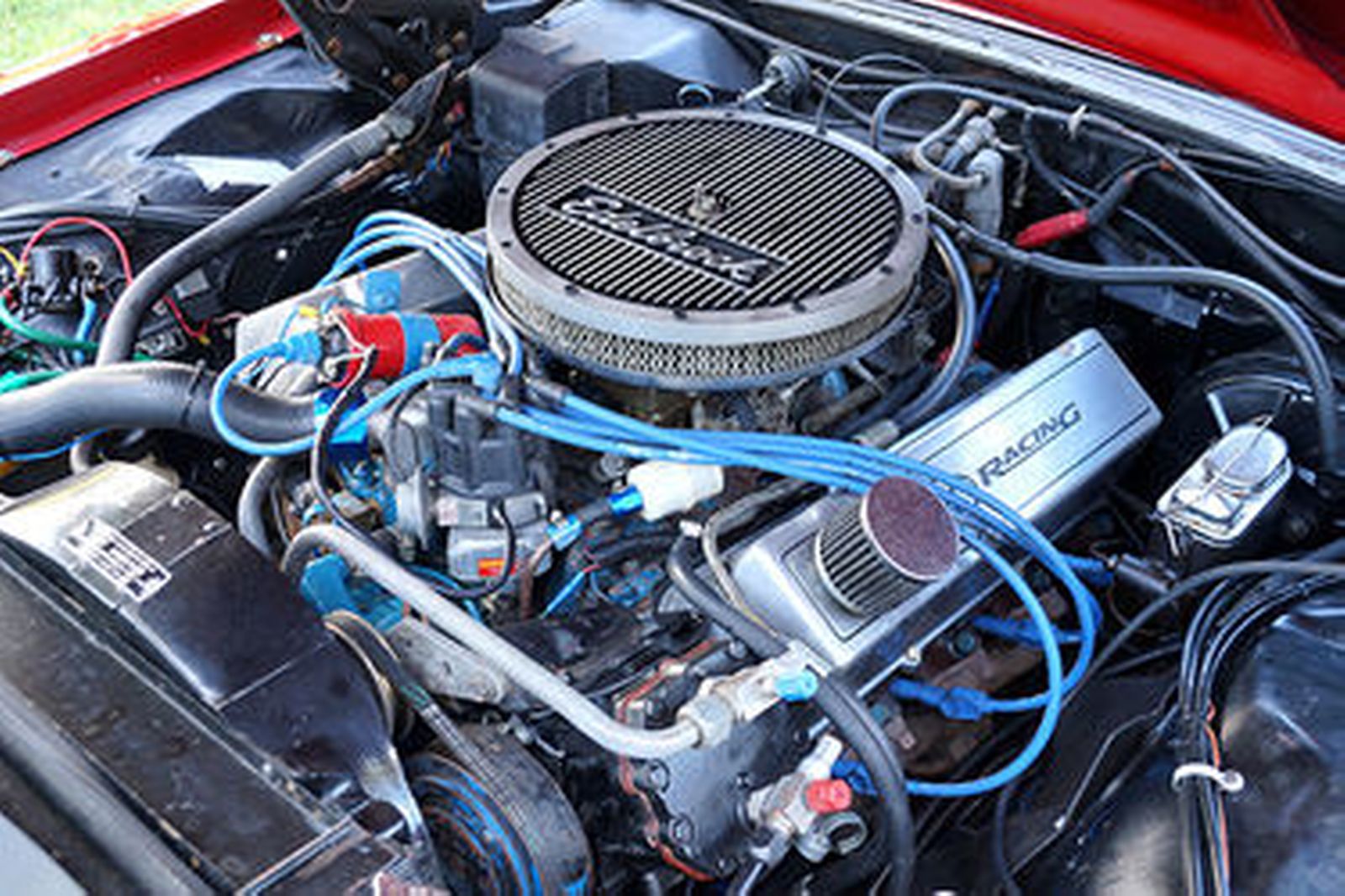 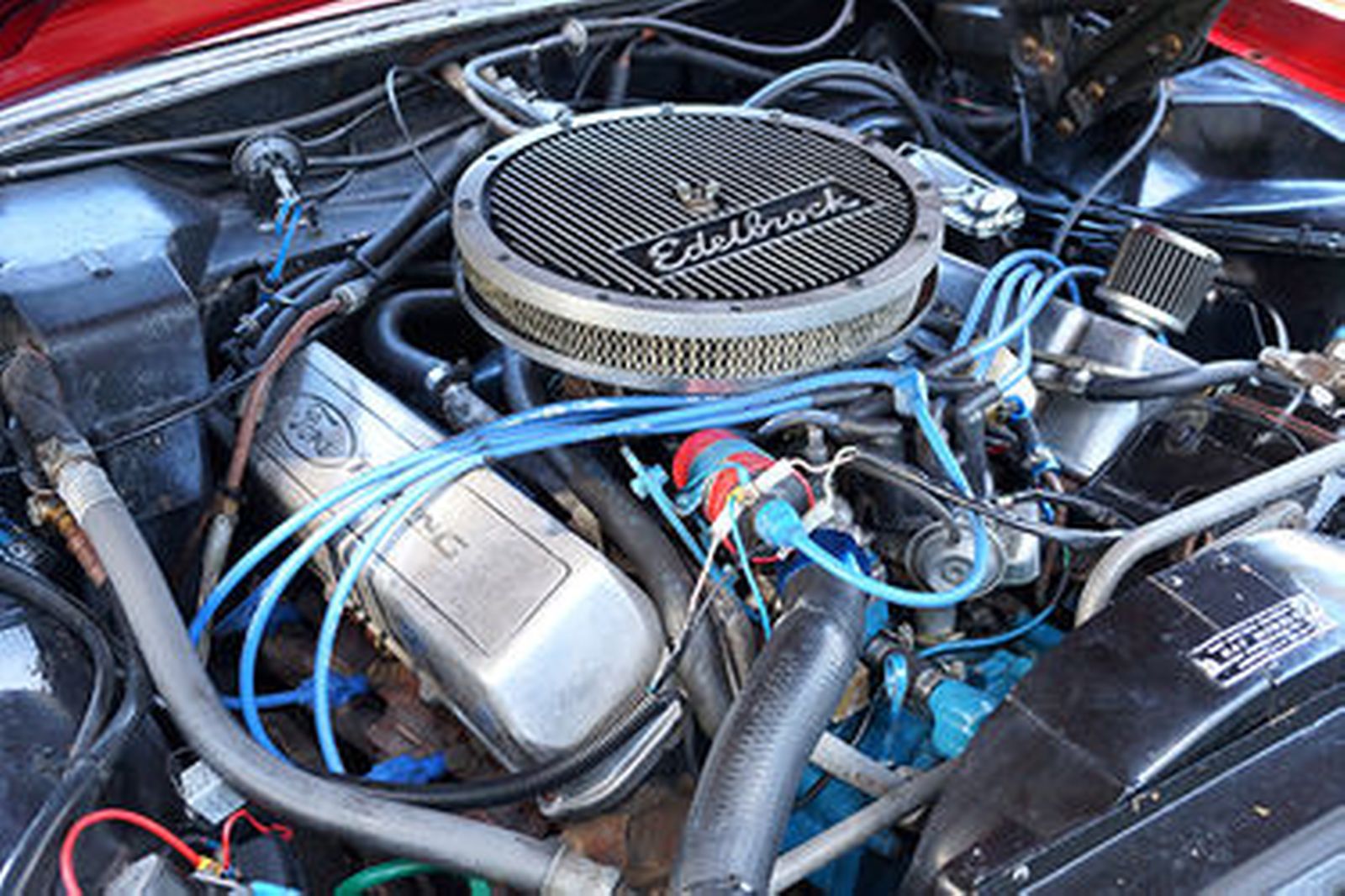 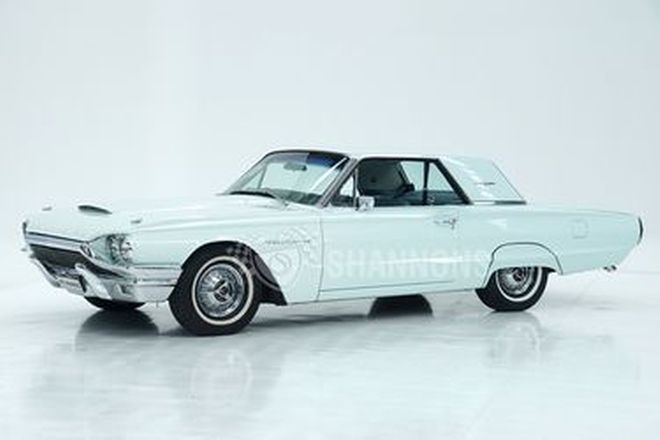 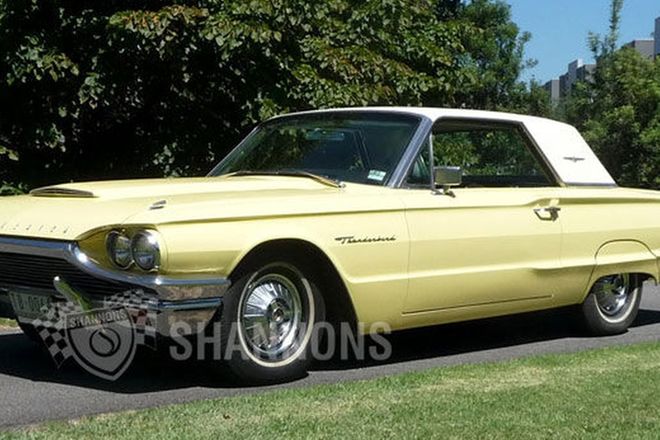 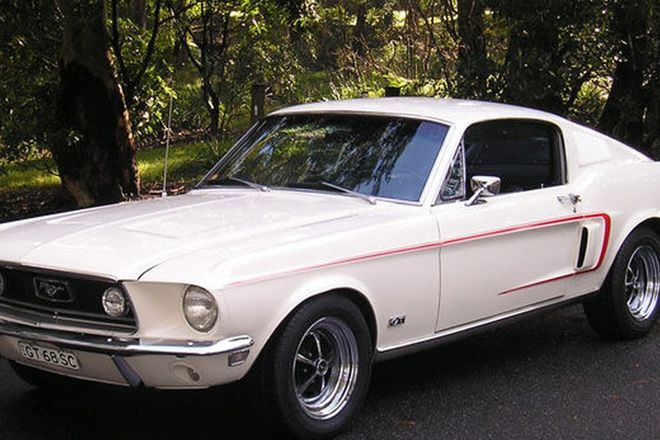 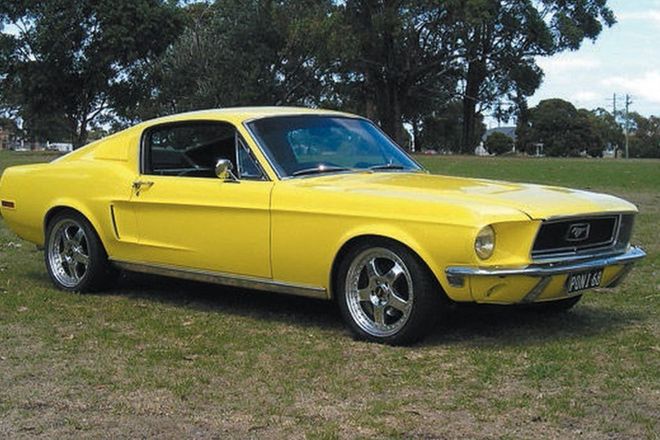