1000 people have viewed this lot

The history of the Douglas motorcycle can be traced back to one WJ Barter, who designed and built a series of largely unsuccessful prototypes before joining forces with the Douglas brothers to build their first 350cc flat twin in 1907. Developed over time, success in competition followed, particularly at the Isle of Man TT where Douglas took victory in the Junior race in 1912 for the first time. Following the First World War, during which Douglas produced something like 25,000 motorcycles for the military, the range expanded to include both overhead and side-valve models. By the 1930s the Bristol company was in financial difficulty due to falling sales, although the Second World War revived Douglas' fortunes somewhat, with production expanded to include aircraft components as well as industrial engines, generators and light trucks. Post-war, production was simplified to just the one model, still using the venerable flat twin. Launched in 1947, the T35 was designed by George Halliday around a duplex frame with a relatively sophisticated suspension set-up that boasted a patented torsion bar system at the rear end instead of the usual coil spring commonly found on most British bikes of the day. The T35 was continually improved and eventually evolved into two more sporting variants, the 80 Plus and 90 Plus, named for their respective top speeds. At the heart of the T35 was a near square (60.9mm x 60mm bore and stroke) 348cc horizontally-opposed twin and a four-speed gearbox with final chain drive. Production of the T35 continued until 1954, when it was finally replaced by the Dragonfly. Of these, just 2,234 were built in the first series (1947-1949), retrospectively referred to as Mark 1s, making the Douglas T35 a rare bike indeed. 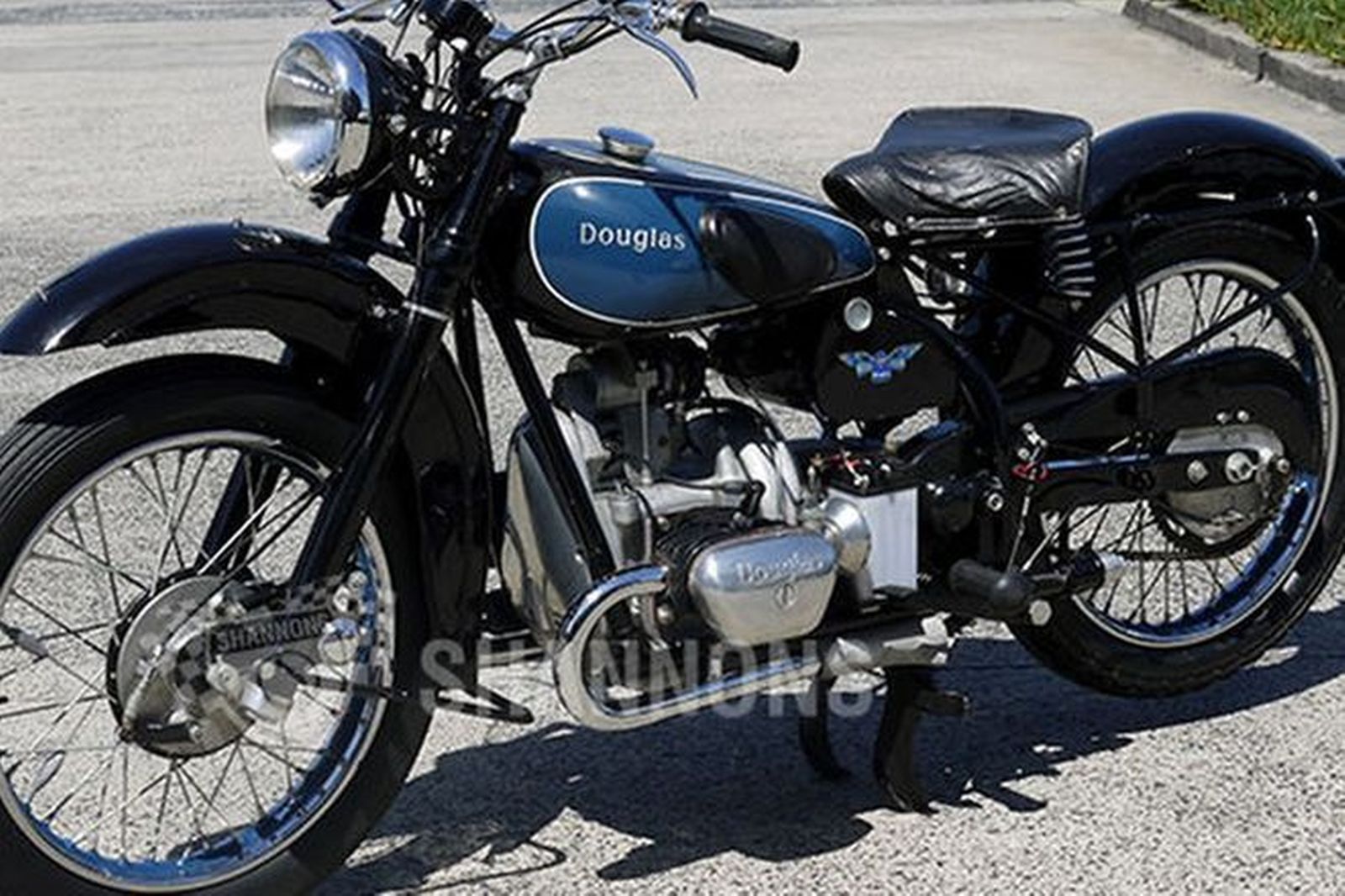 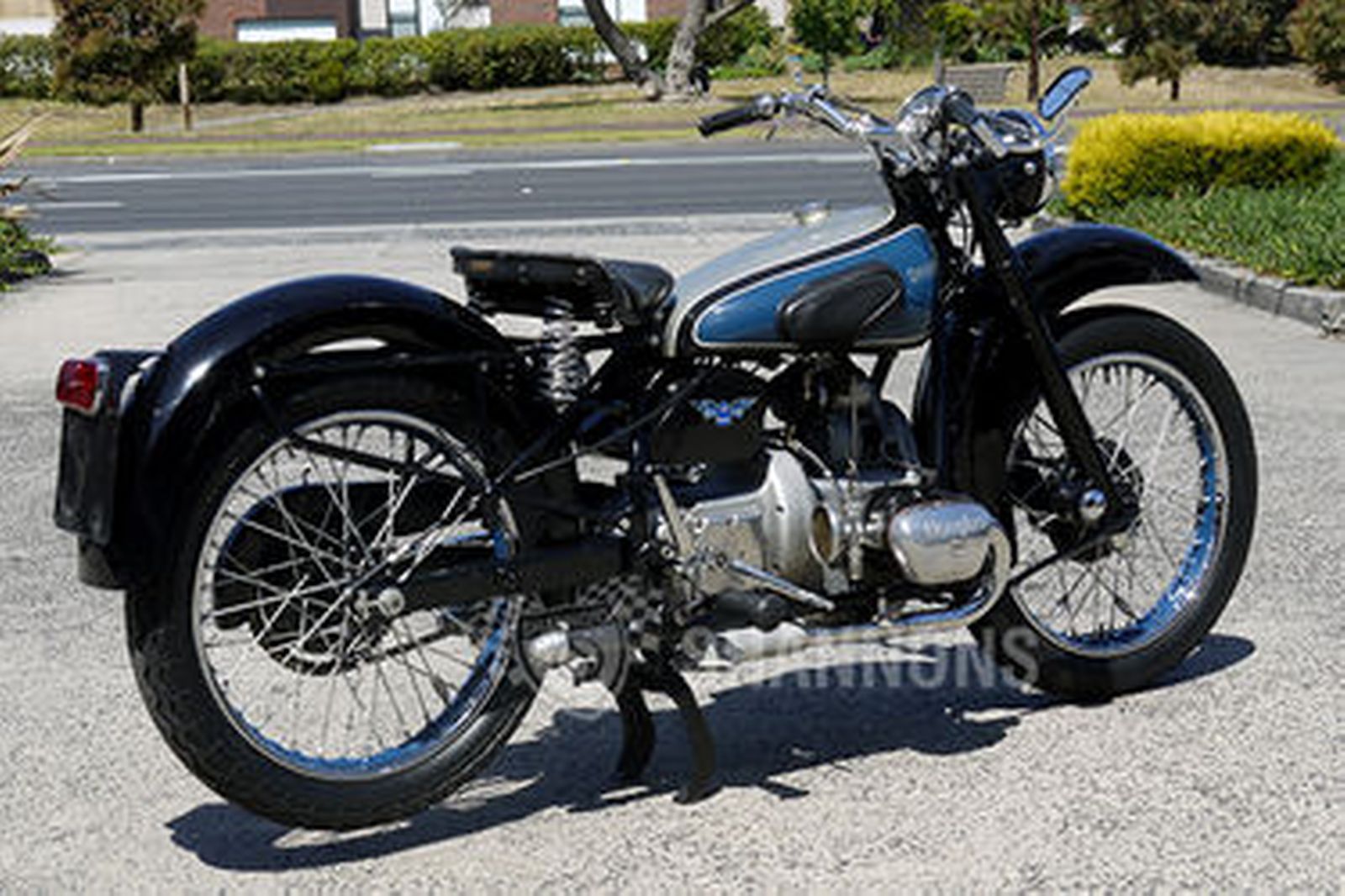 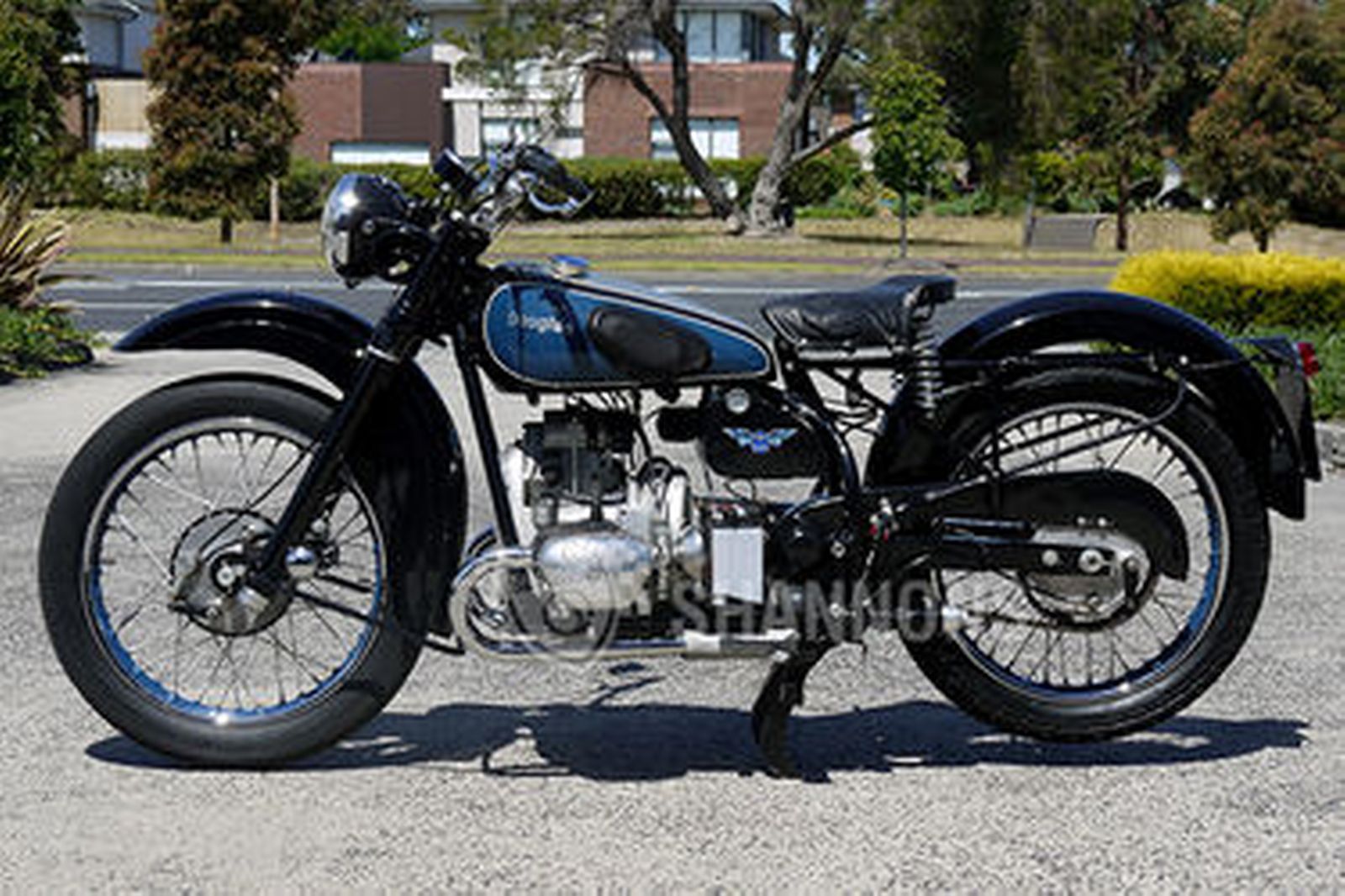 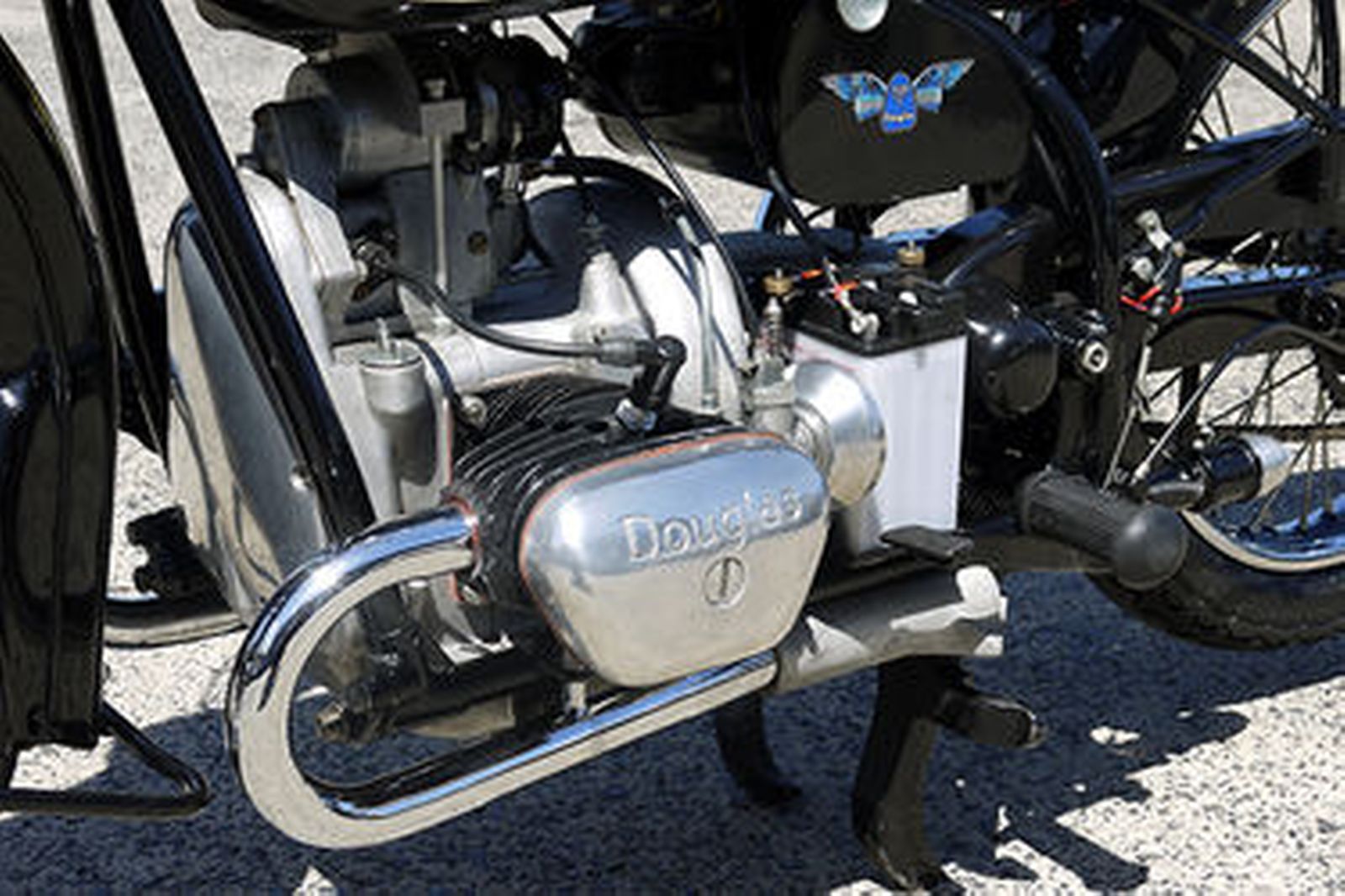 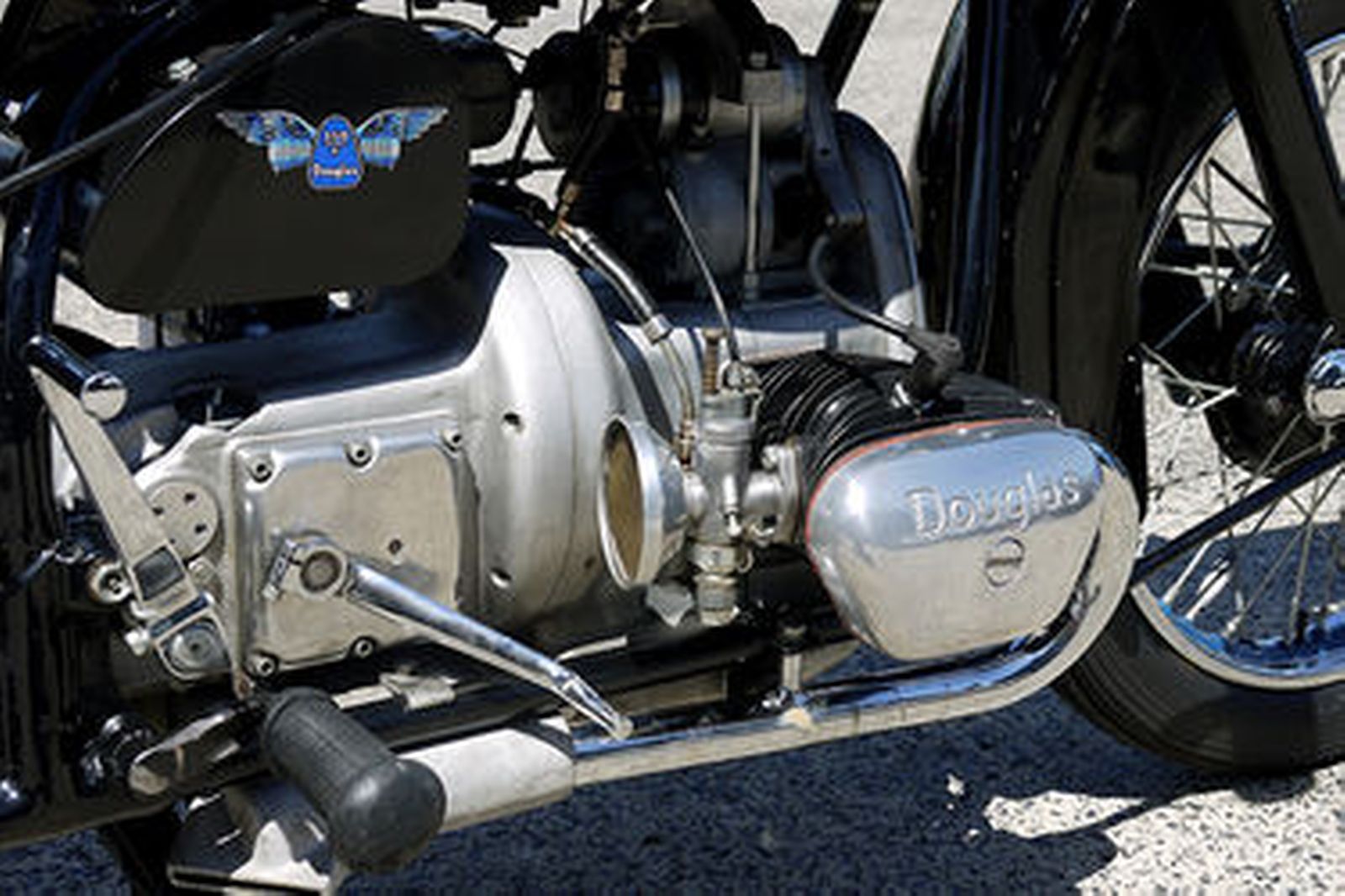 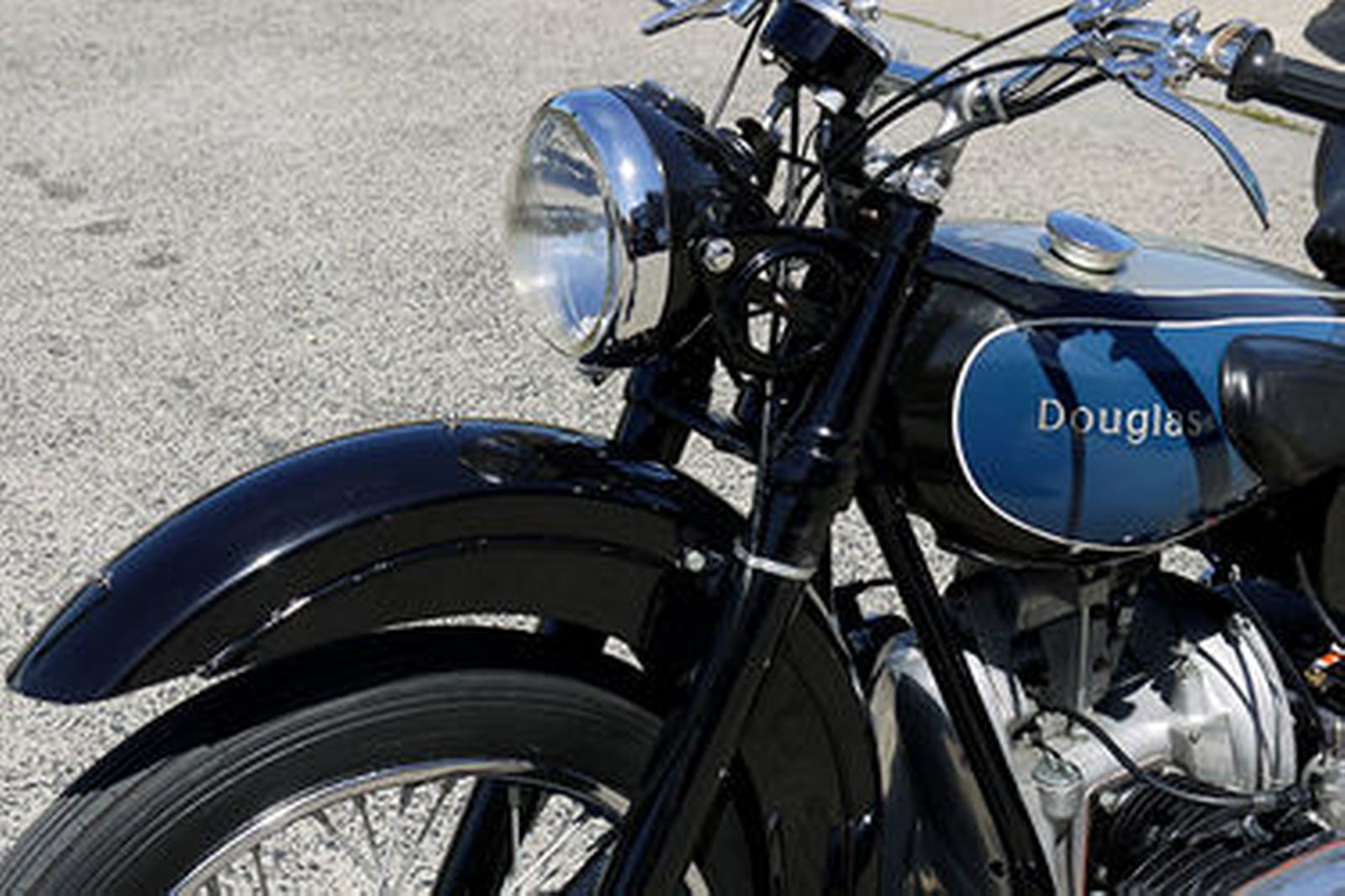 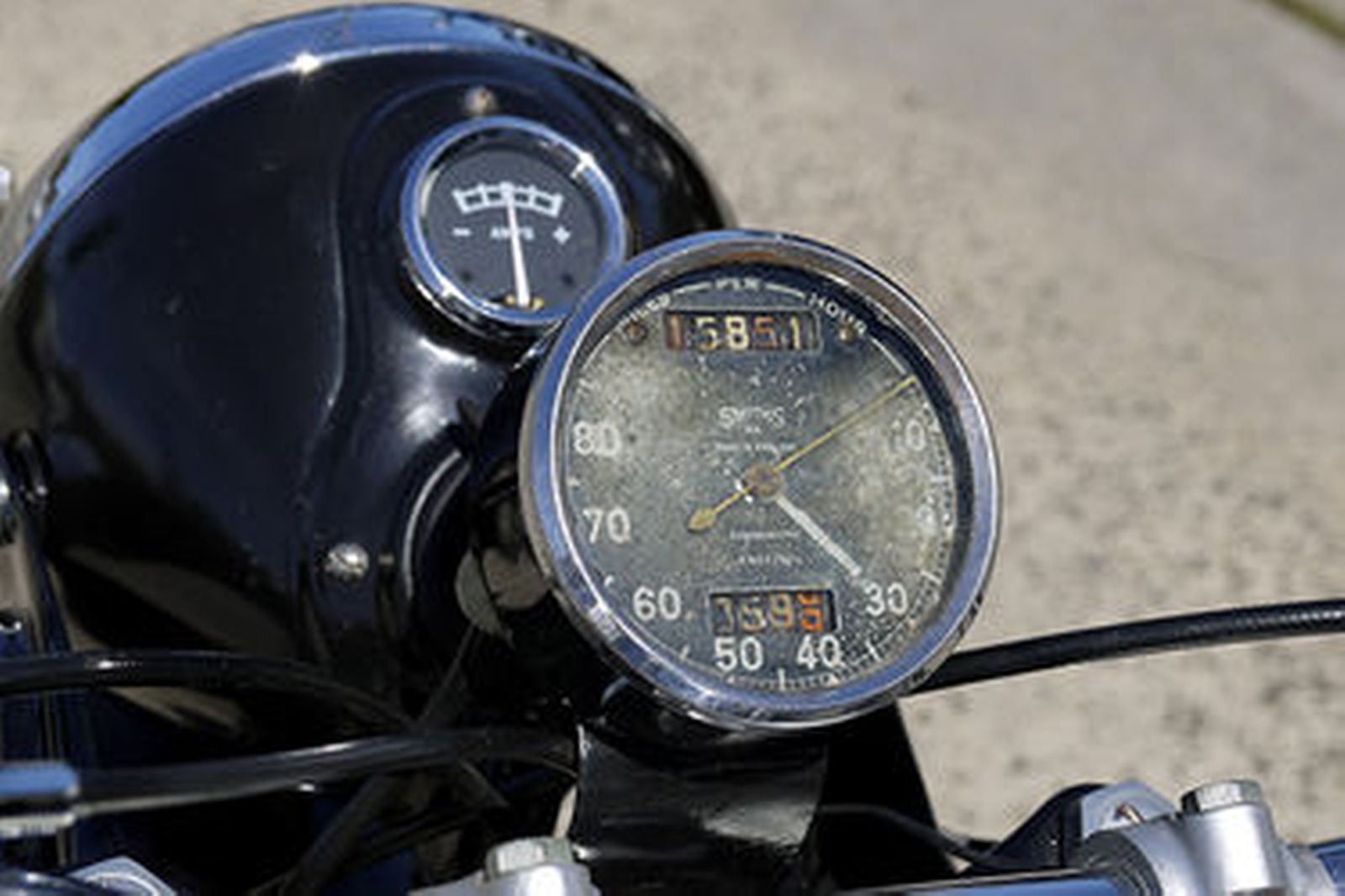