8836 people have viewed this lot

This lot is no longer available
In the aftermath of World War Two, Daimler-Benz recommenced vehicle production with the pre-war 170V, whose tooling and lines had somehow managed to survive the bombing. Although the 170V had a distinctly Thirties appearance, under the skin it was still a relatively modern design, with a very rigid construction and independent suspension all round (using swing-axles at the rear) to give ride and handling without equal in its class. The engine was a robust little side-valve four-cylinder that, with high (all-synchro) gearing, was capable of cruising at autobahn speeds and a diesel unit was added to the range in 1949, along with a more luxurious model known as the 170S (S stood for Super). Designated the W136, the new model used a slightly longer and wider body, based on the pre-war 230, giving more interior space, a larger boot and extra chrome trim. The additional weight resulted in a number of mechanical revisions, including an enlarged 1767cc engine with a single Solex downdraught carburettor, larger brakes and revised front suspension featuring wishbones and coil springs. Aimed at the well-heeled buyer, the 170S was also the first post-war Mercedes-Benz exported outside Germany. The interior had numerous improvements, including the instruments directly ahead of the driver and very comfortable cloth-trimmed seats. In production from May 1949 until February 1952, Daimler-Benz offered the 170S as a saloon (with the option of a sunroof) and in two cabriolet guises, A and B, with several commercial variants - including taxis, ambulances and police cars - also made available. In total, 28,764 were built and only a handful ever reached Australia. 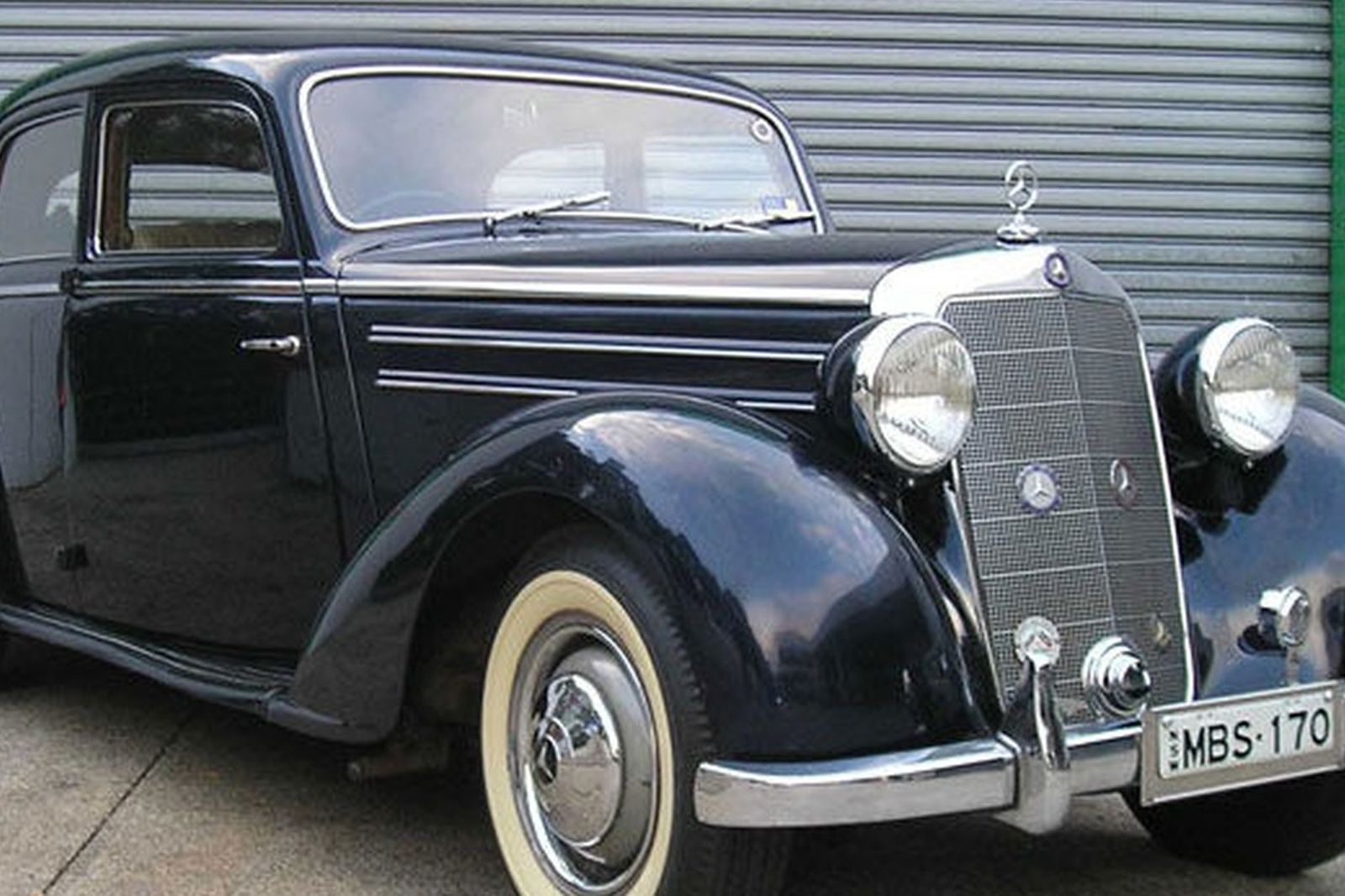 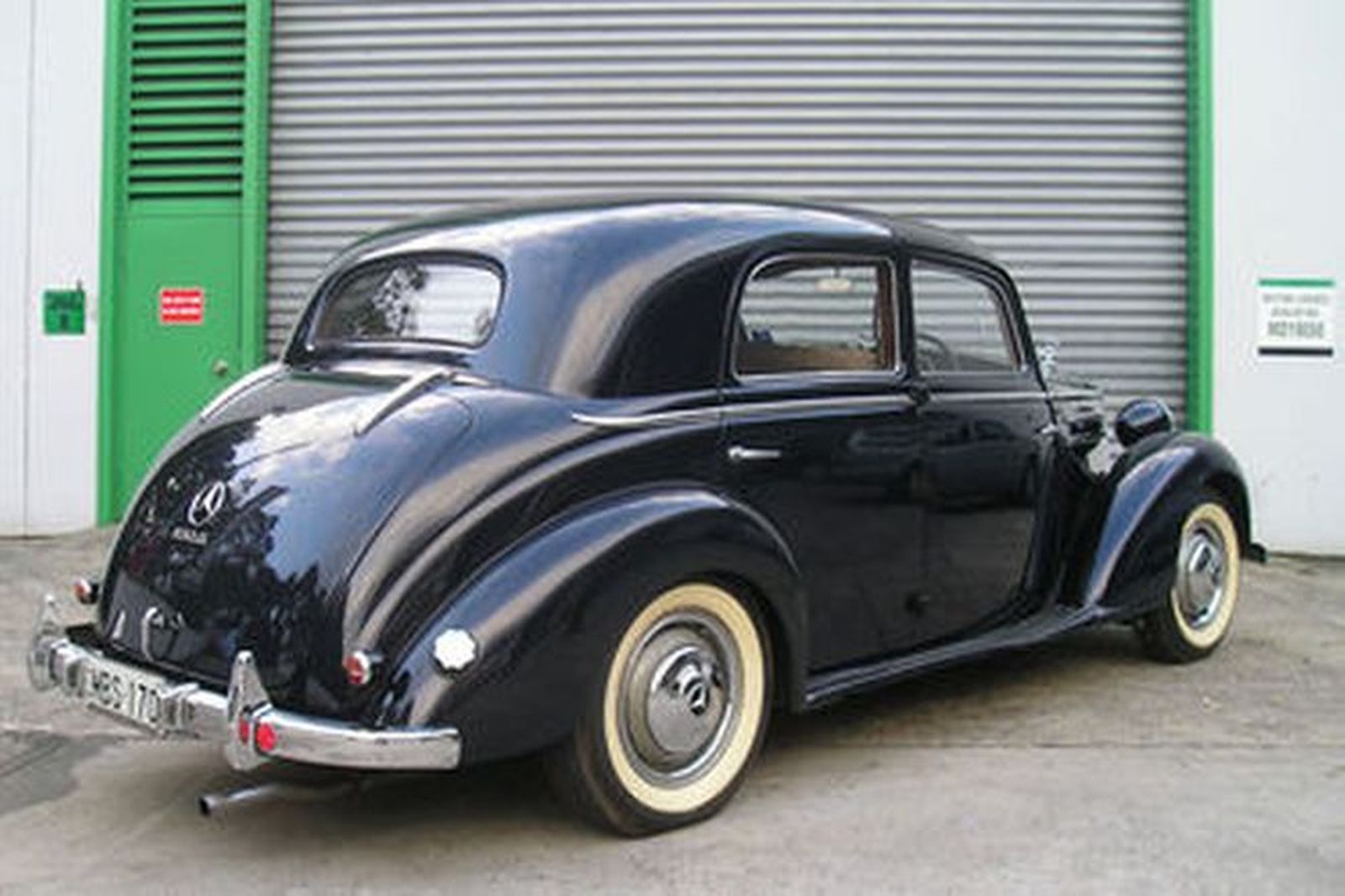 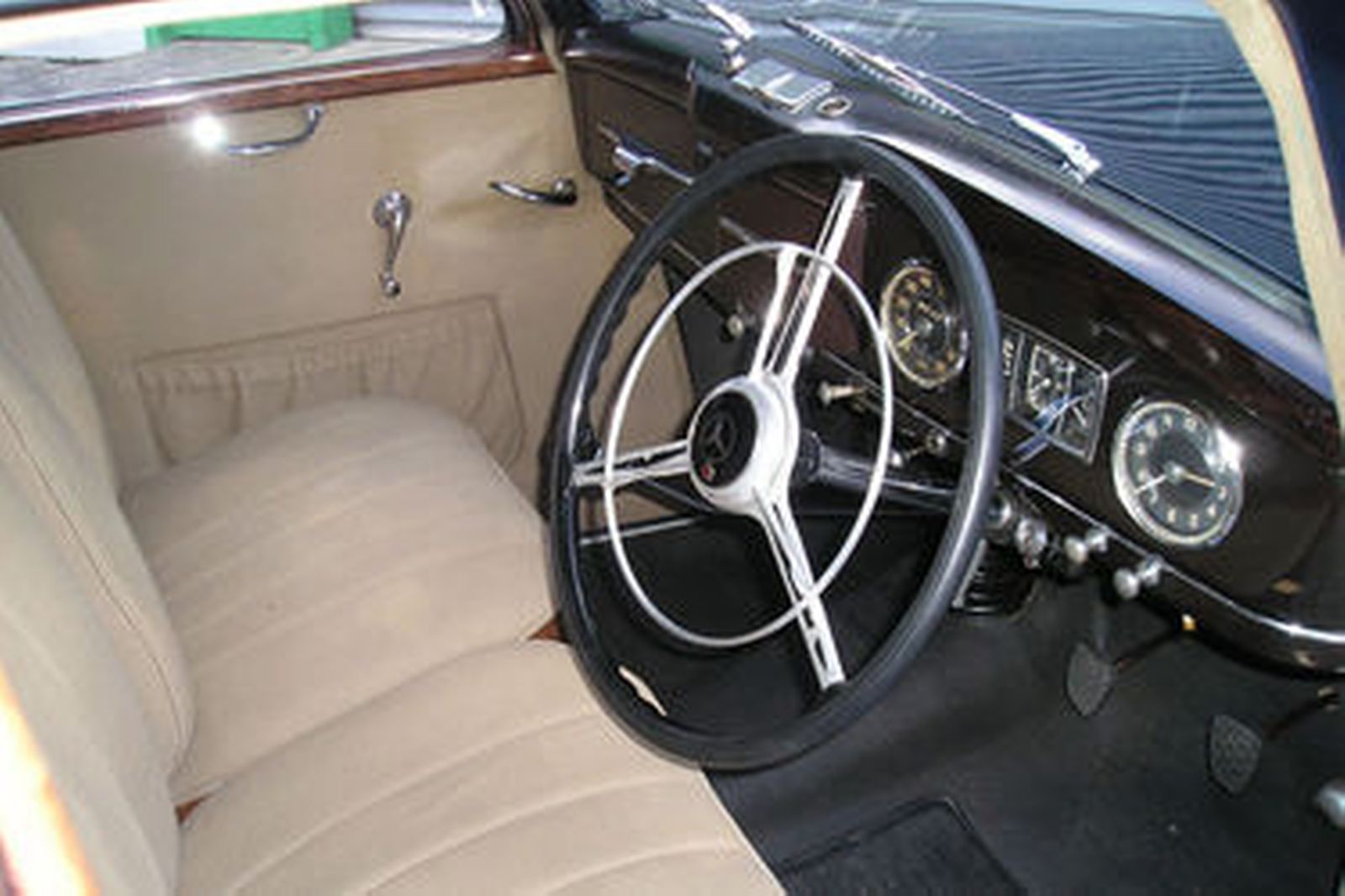 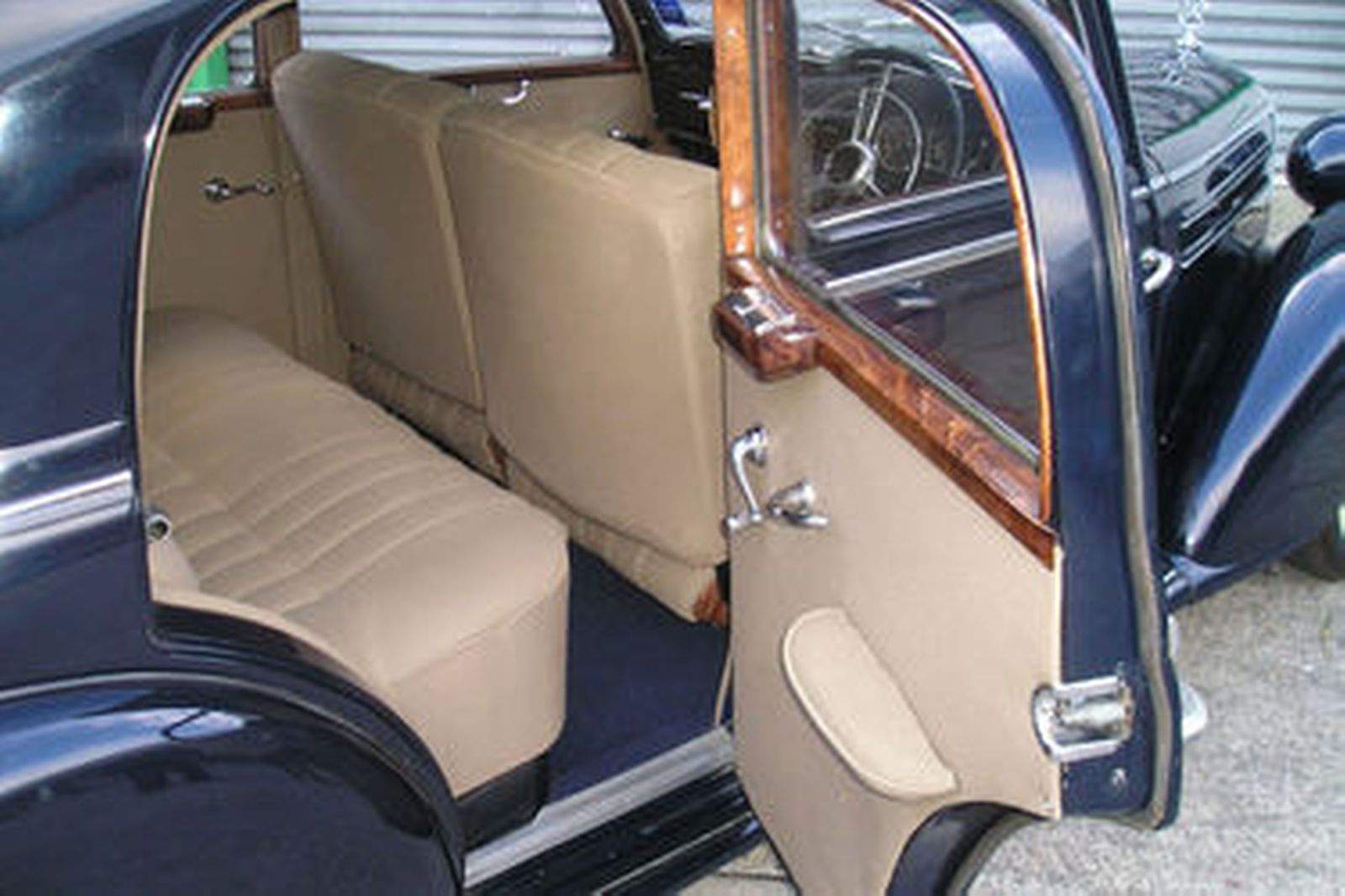 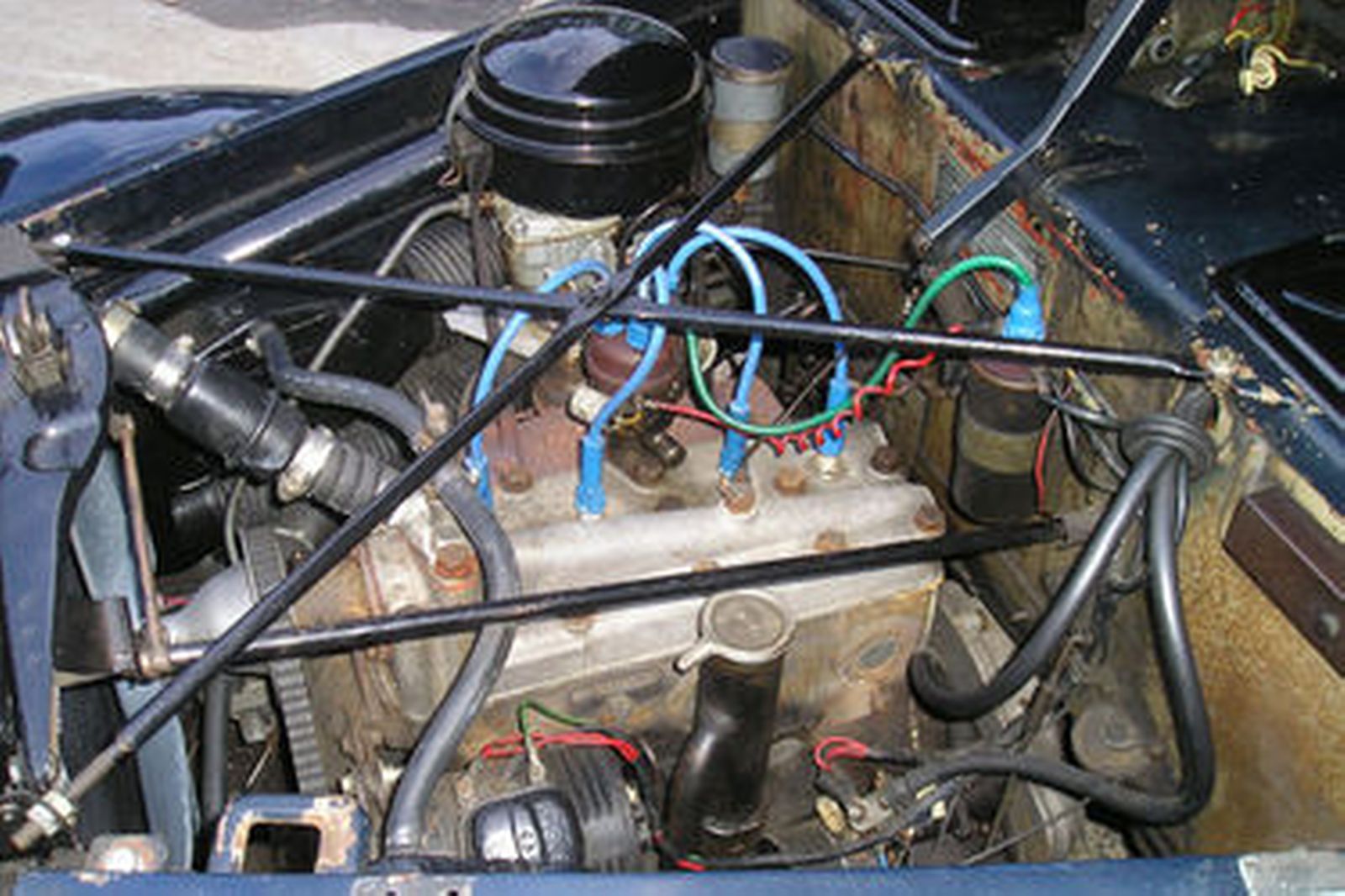 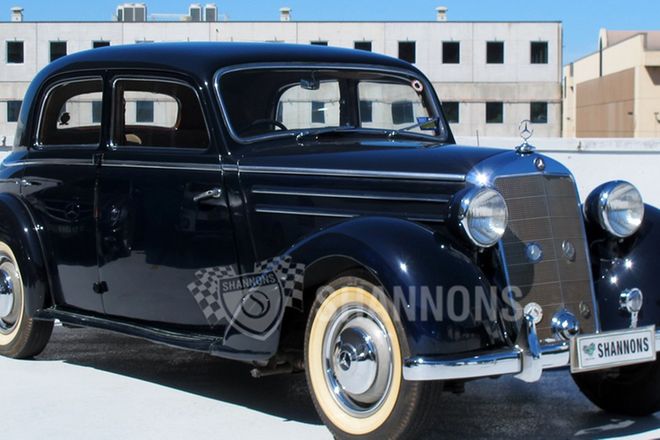 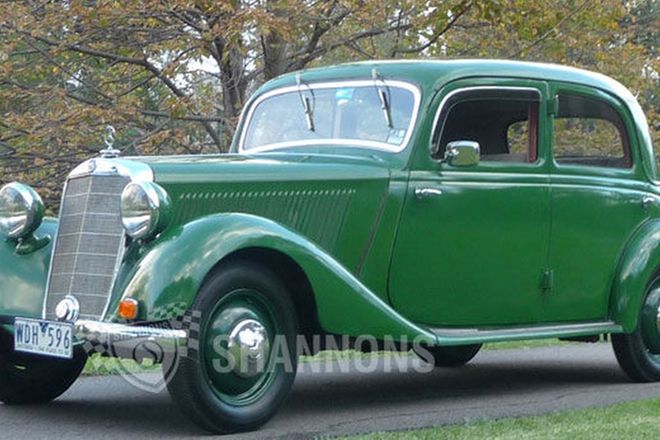 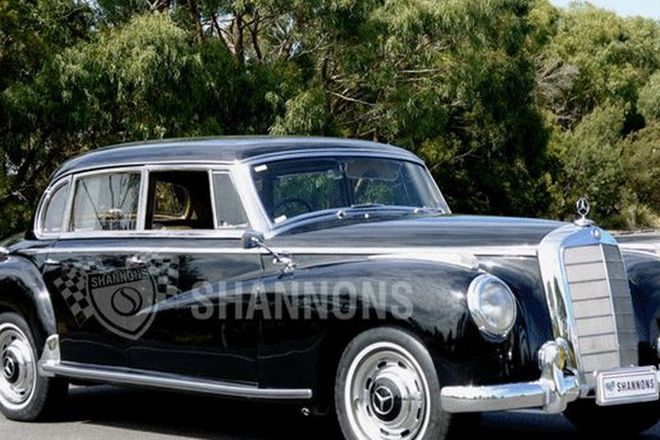 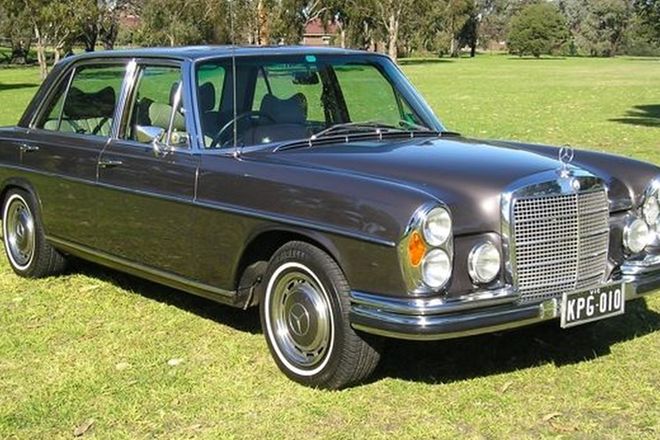