This lot is no longer available
Holden's first attempt at a sport coupe, the Monaro, proved so popular in its original HK guise there was no question it would continue on with the facelifted HT series introduced in May 1969. The most obvious external change was a revised grille made from ABS plastic, along with a more squared-off rear section, with stacked tail lights. Although the Monaro range was essentially as before, the Bathurst 327 was replaced by the new GTS 350, using Chevrolet's legendary small-block 350-cid V8. This became Holden's new Bathurst hero, with Harry Firth masterminding the Holden Dealer Team operation for the first time. Colin Bond teamed up with Tony Roberts to score a fine win in the Mount Panorama enduro, while Des West and Peter Brock joined forces to finish third. Norm Beechey's famous yellow HT 350 GTS won the inaugural ATCC and is widely regarded as one of the greatest Aussie muscle cars. With the switch to the Torana as the frontline race weapon in 1970, the HT 350 was the last real Bathurst homologation Monaro built by Holden and as such, has always been sought after by collectors. Holden broadened the appeal of the 350 GTS by making it available with automatic transmission, these cars having a slightly lower compression and detuned engine and were marketed as a real businessman's express. In manual guise however, the 350 was a real rocketship, with a 10.25:1 compression ratio and 300 bhp on tap making this the most potent Holden yet. Nobody is certain exactly how many HT 350s were made but the best estimate seems to be around 700. The GTS package added bonnet scoops, stripes and unique wheel trims, along with the option of houndstooth trim. Other mechanical improvements made across the HT range included the adoption of neoprene rubber front suspension bushes to replace the old steel bushings on the HK, resulting in a much more comfortable, quieter ride. The interior also came in for some revision, with a new seat design, door trims and revised instrumentation using more conventional round dials in place of the HK's old strip speedo. With genuine Bathurst HT Monaros becoming difficult to find, it's rare for such a desirable example to come on the open market and Shannons are proud to offer this exceptional car, the first we have auctioned in many years. 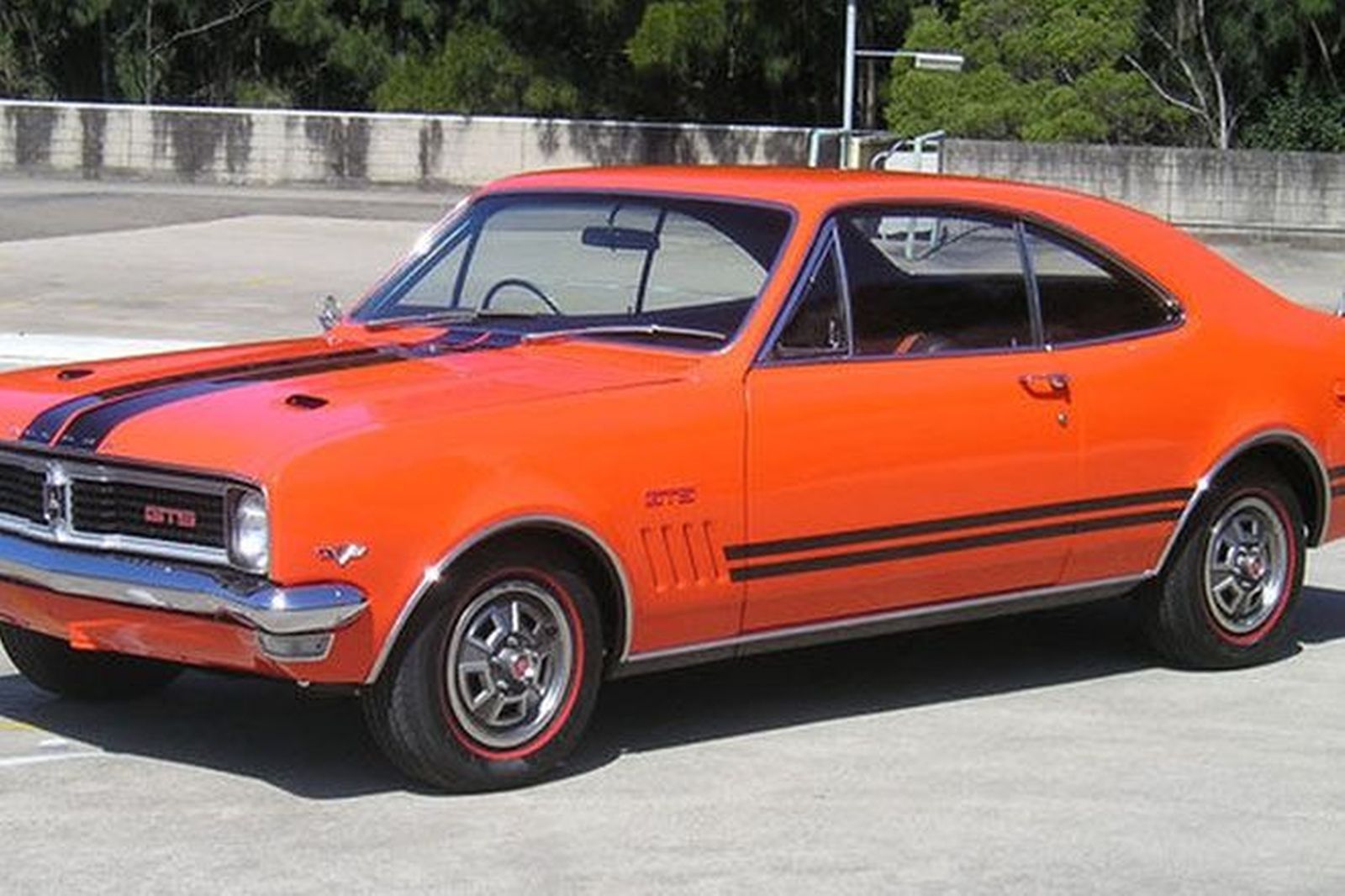 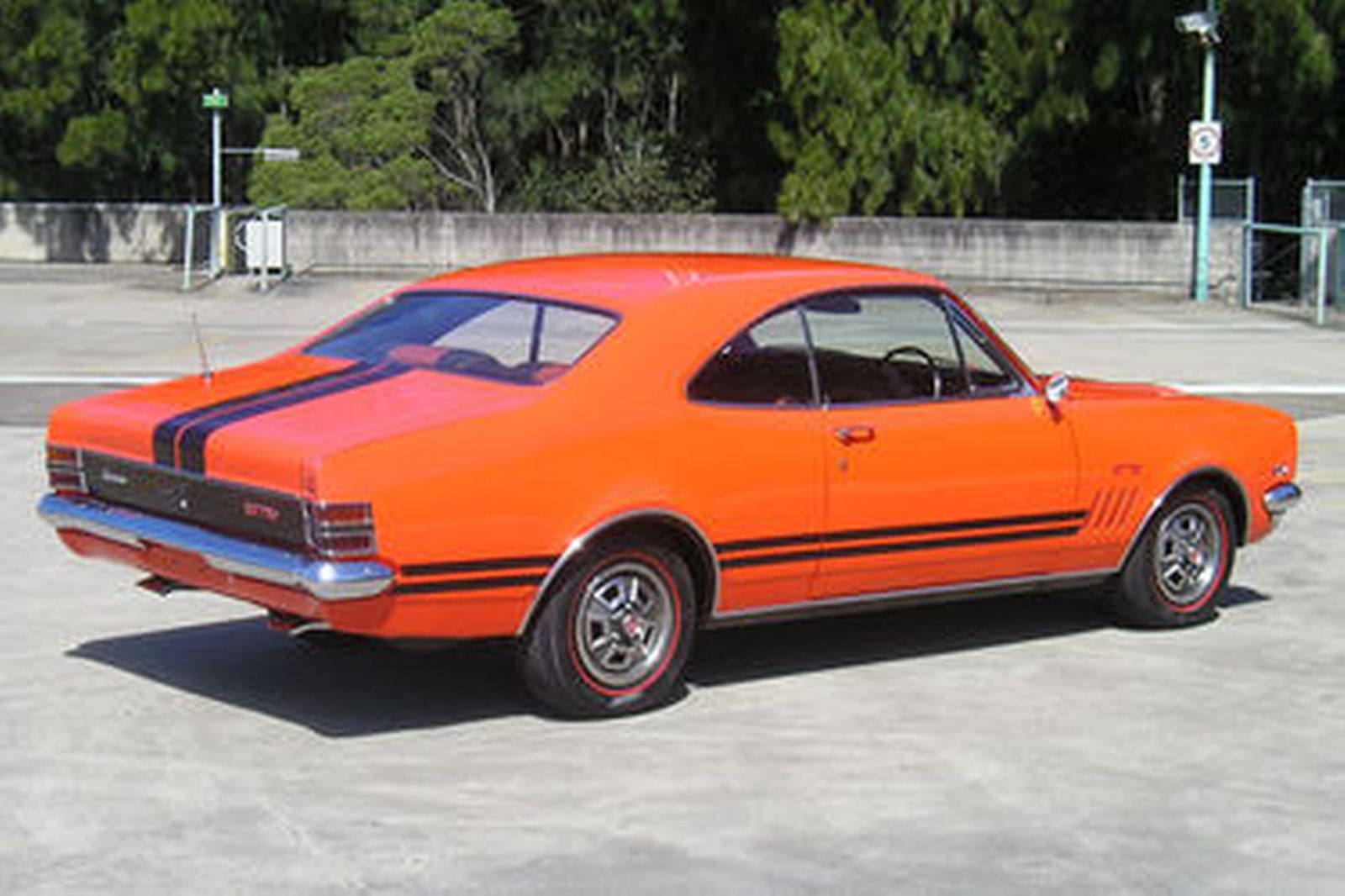 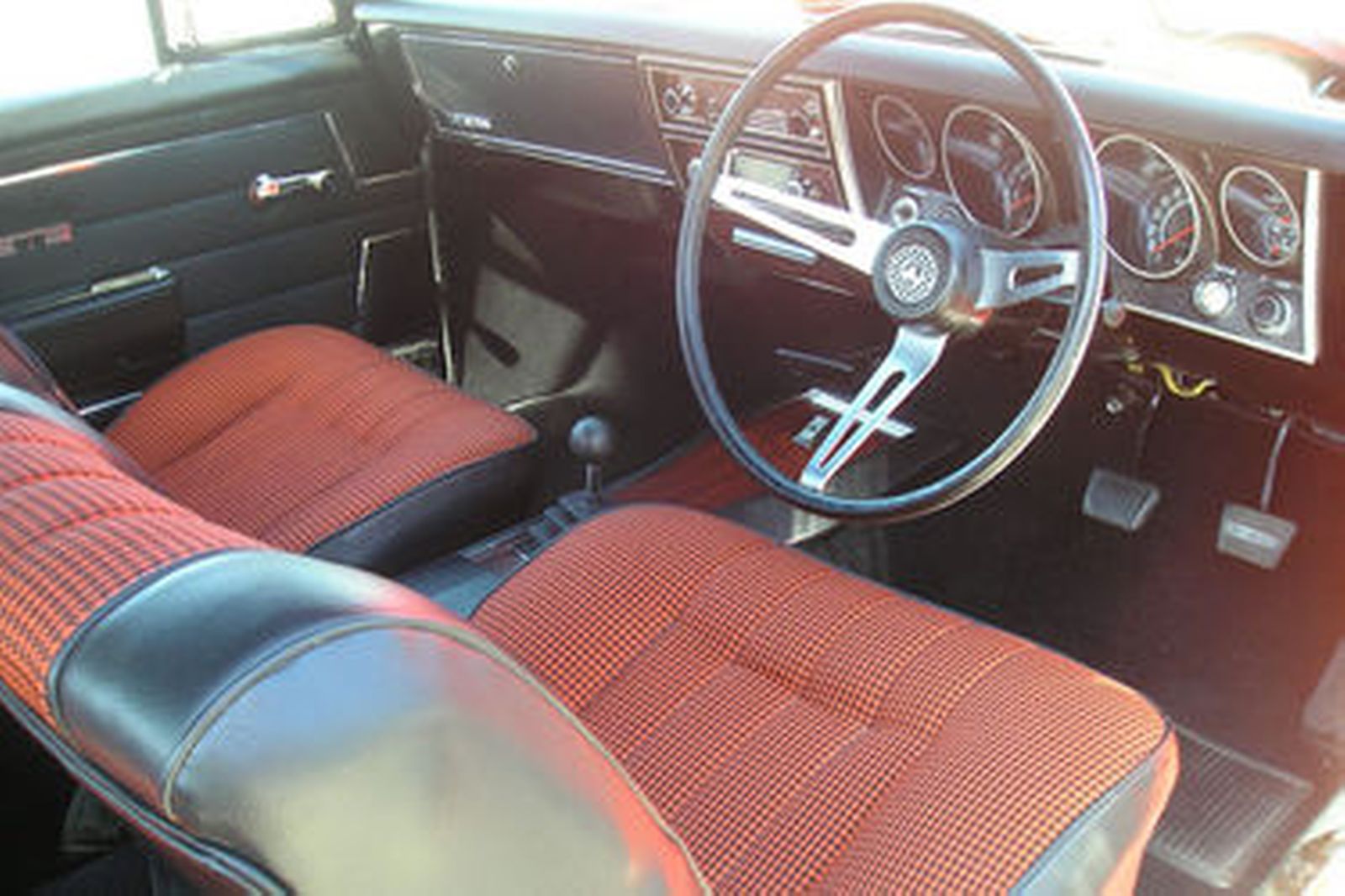 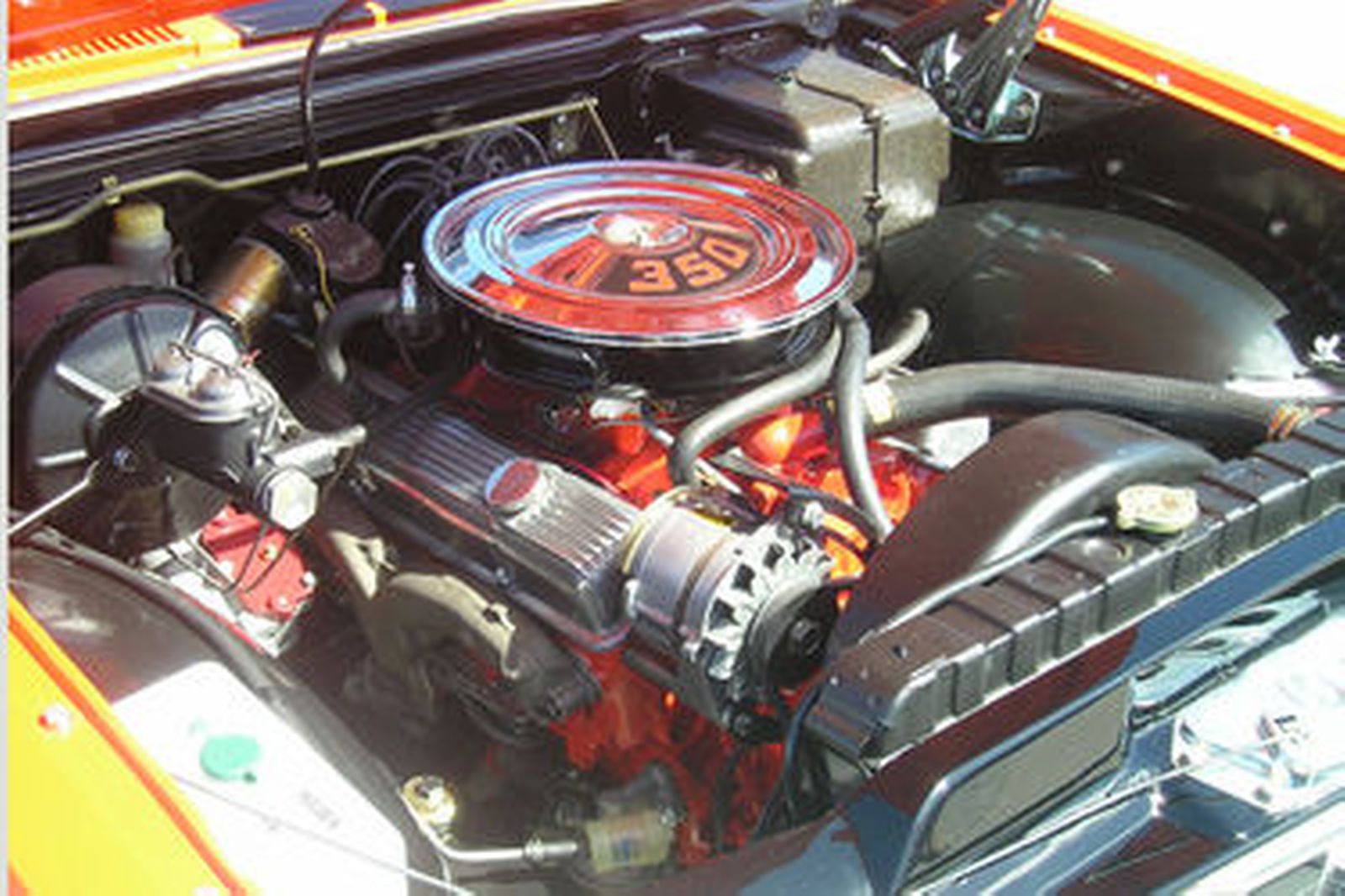 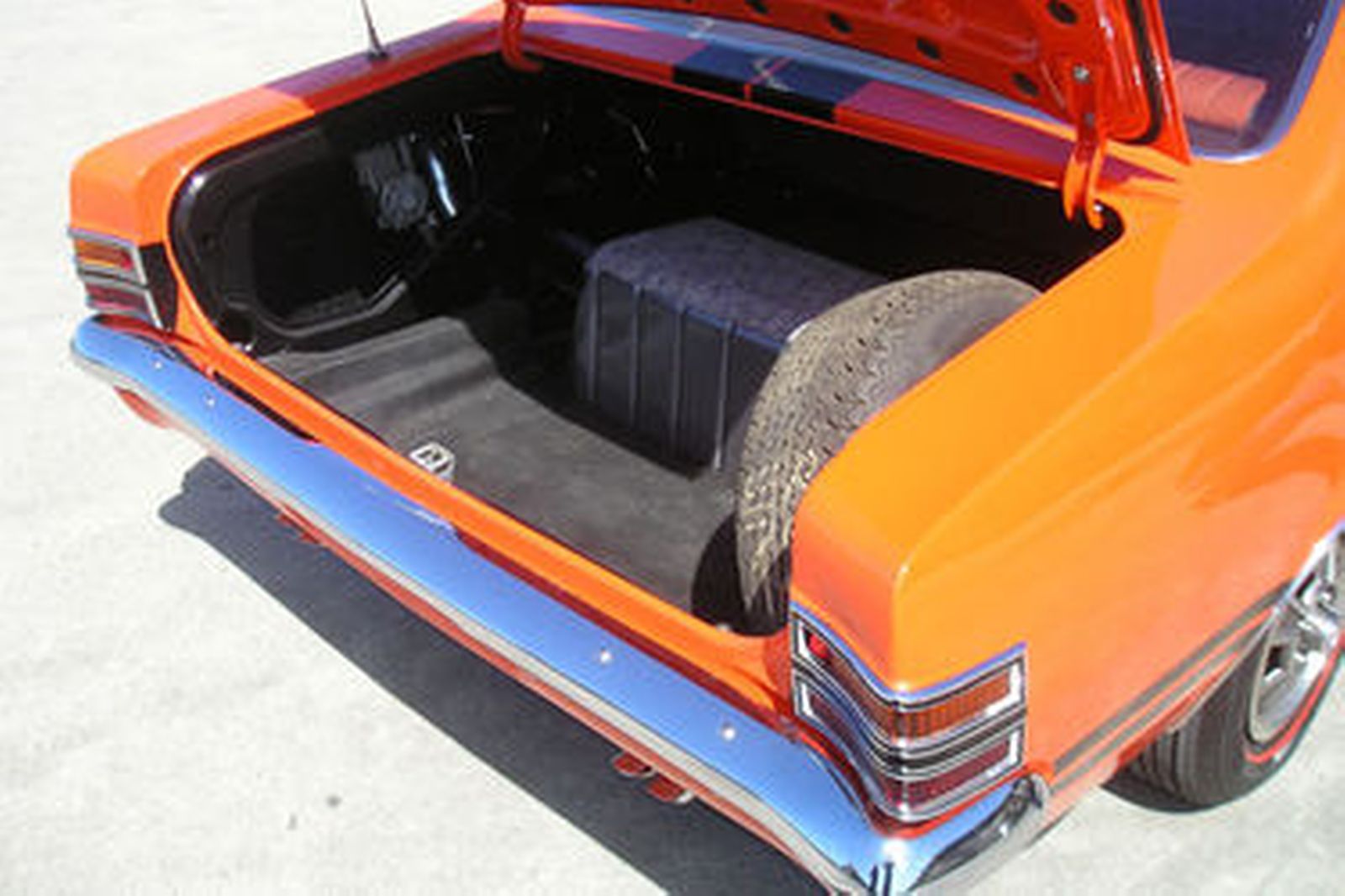 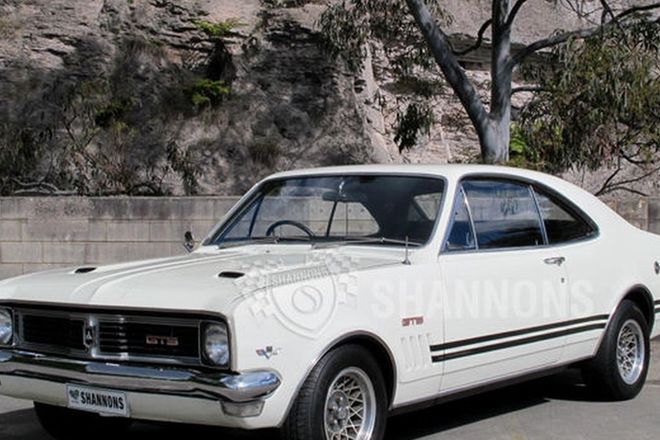 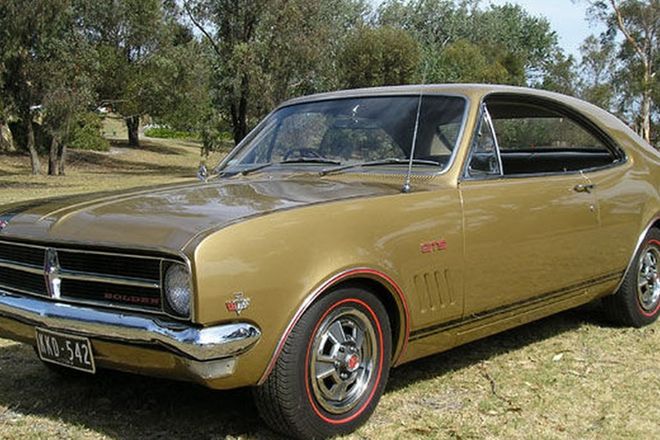 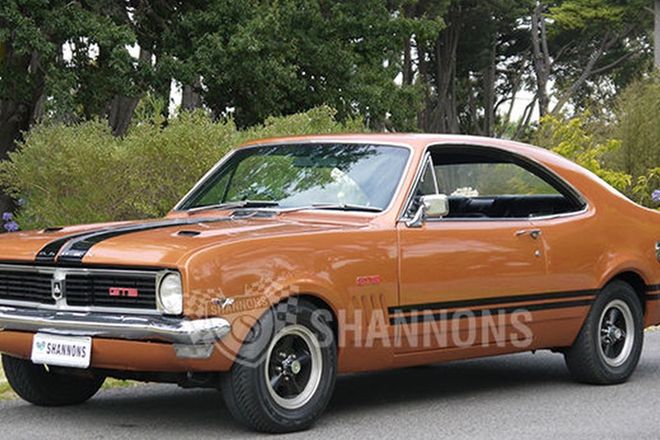 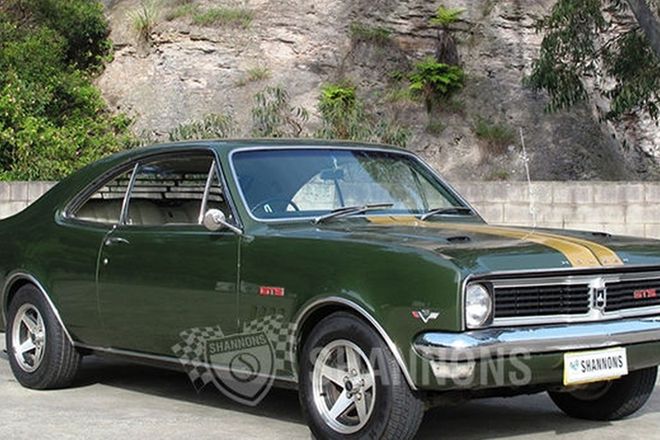